It’s not Fair! Why We Need to buy MORE Chocolate… 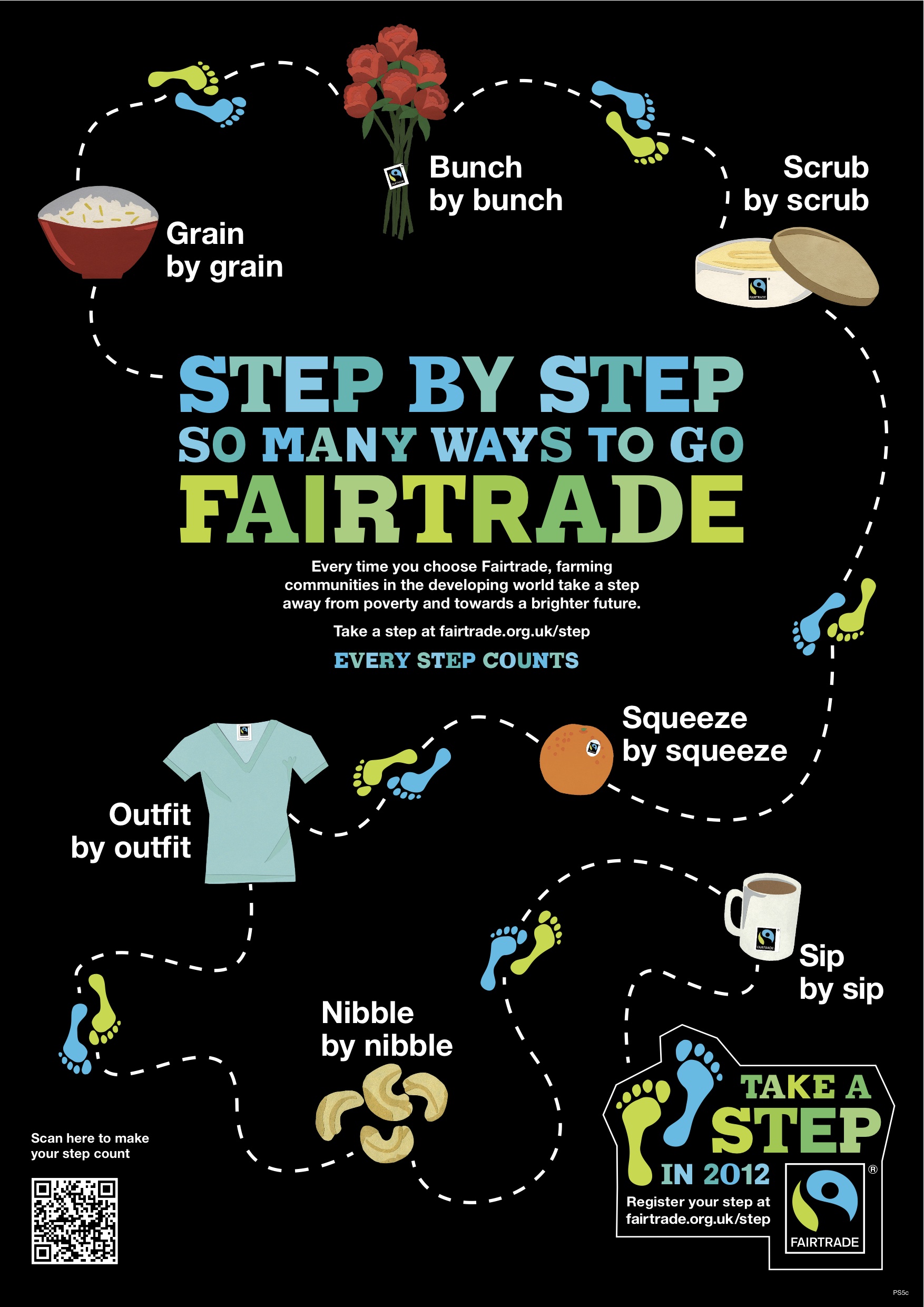 Fairtrade have launched a poster campaign to match their aims and goals.

So we find ourselves in the middle of Fairtrade Fortnight, running this year from 27 February- 11th March; a period where the sale of Fairtrade goods is promoted across the UK. There are increasing levels of fairly traded chocolate on the market – Dairy Milk and the humble KitKat bear the logo, and soon Maltesers will be joining in. Fairtrade is a very easy way of justifying that sneaky bar of goodness; it’s all in the name of charity, right? However, behind the Fairtrade logo is a cause who are aiming for more than the odd fair purchase.

The vision of Fairtrade is a world in which justice and sustainable development are at the heart of trade structures and practices, so that everyone, through their work, can maintain a decent and dignified livelihood and develop their full potential. Fairtrade aims to work with businesses, community groups and individuals to deliver sustainable livelihoods for farmers and workers across the world. This is something which enables justice in trading, ensuring that many achieve a fair price for their labour. Fairtrade states that it is the only certification scheme whose purpose is to tackle poverty and empower producers in developing countries, making it a charity and business scheme all in one.

It is a rapidly growing movement, with a range of products beyond chocolate. These include tea, coffee, bananas, sugar, wine and even gold – in October 2011, Chichester Cathedral became the world’s first public building to display fairly traded and fairly mined certified gold, which was positioned on top of the Cathedral spire. Fairtrade gold is one of the most recent product on the list, but is rapidly gaining attention; Libia Firth even wore Fairtrade gold to the Oscars this year! The sales of fairtrade products have grown remarkably, with sales reaching £1.17 billion last year. This demonstrates the progress of fairtrade branding; Fairtrade strives to develop the movement across the world, and so approach businesses to persuade them to use Fairtrade products with the aim of making a difference.

However, this is not just something for large companies. This is why Fairtrade has launched a specific campaign for 2012, called Take a Step. The theme is based on the concept of a step being the smallest part of the larger journey of Fairtrade that consumers and farmers are on. People at both ends- producers and consumers- are seeking a better trade system through fairtrade. Fairtrade are urging everyone in the UK to do something for them this year, whether that’s inviting a friend out for fairtrade coffee, joining a Fairtrade campaign group, only eating fairly traded bananas, or going to a coffee shop which sells fairtrade coffee. This campaign seeks to appeal to a range of people, to develop a fairer world. The goal is to achieve 1.5million fairtrade steps this year; one for every farmer and worker in the Fairtrade system. Small and simple movements all contribute to the fairtrade movement and so little actions in Durham can mean big changes across the world.

Durham University has been accredited by the Fairtrade Foundation since 2007, yet the relationship began a lot earlier: the founder of Traidcraft, Richard Adams, was a student at John’s in the 1960s. This makes supporting Fairtrade something especially significant in Durham and as a result the university aims to continue supporting. This means that over Fairtrade fortnight, a series of events have been planned across Durham City and Queens campuses, with a variety of Fairtrade tea and coffee evenings, fairtrade formals and quizzes around colleges. The full schedule can be found at www.dur.ac.uk/resources/environment/local/fairtrade/FairtradeFortnightSchedule2012.pdf However, these events are not designed to be a ‘once only’ type of thing, but are an encouragement to support Fairtrade on a permanent basis in the future.

For us, fairtrade can seem to be something we can’t afford. As students, we might prefer the value for money feel of Tesco coffee or that really cheap chocolate that actually (if we’re honest) isn’t tasty. However, the extra pounds for the Fairtrade variety are really a means of giving to people across the world; the fairtrade partnership is a charity working with products to aid those trapped in the injustice of poverty caused by trading.

Therefore, why not try taking a step for Fairtrade? For the socialites among you, going to Starbucks with a friend is a simple way of knowing that you can make a difference; what better excuse do you need to justify that coffee?! In Tesco, it’s easy to find fairly traded bananas. For gifts, check out Oxfam’s bookshop and boutique on Elvet Bridge, and you won’t be disappointed with the range of products and jewellery available. Also have a look in the Gateway World shop (which is attached to St. Nic’s Church in the Marketplace) which has a great range of products including some delicious fairtrade Dark chocolate with raspberries. The options in Durham are abundant, and for your money, you’re receiving a tasty or beautiful product with ethical benefits for farmers across the world. It’s the ultimate win win situation.