‘I Am Malala’: perseverance in the face of adversity 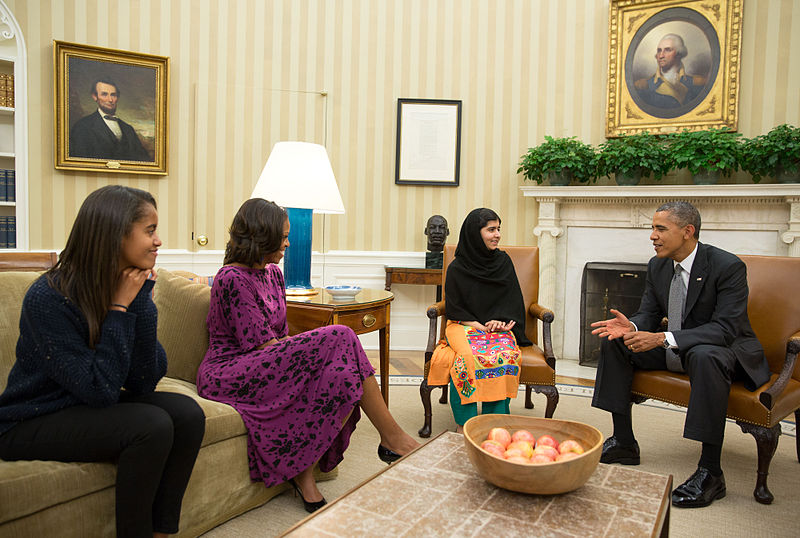 Waking up at 8am in order to get to your 9am tutorial during a typical freezing and wet Durham morning. Pulling an all-nighter to finish an essay due the following afternoon. Missing out on socials because you’ve procrastinated on a presentation. Rushing to the library at 10pm on a Wednesday to read for a Thursday morning tutorial. Above are all nightmares students endure during their time at university. Most of us have probably experienced a catharsis, and asked ourselves: why we have decided to go to university? It continues as we begin to justify the notion of dropping out. After all, the second-richest man in the world, Bill Gates, is a drop out. So, if I can make 67 billion, then why do I need a degree? However, let us not forget that this nightmare is someone’s long-awaited dream.

This dream was lived and fought for by Malala Yousafzai – a 16-year-old Pakistani girl, currently residing in Birmingham, United Kingdom, who dedicated herself to fighting for girls’ right to education in Pakistan due to her strong belief that education is the greatest source of empowerment. Malala is originally from a town called Mingora in the Swat District of Pakistan’s north-western Khyber Pakhtunkhwa province. In this region, the Taliban have been banning girls from attending schools. She has been an activist for the education cause since the age of 11, writing for BBC Urdu, which led to her assassination attempt by the Taliban gunmen. They stormed into her school bus and yelled, ‘Which one of you is Malala?’ They shot her in the head and the neck on 9th October 2012. Her indomitability was visible as she fought for her life after the shooting. Leaving her unconscious for a week, even the doctors thought her survival was a miracle, yet her courage and advocacy enabled her to get back on her feet and address the world about her cause. The Taliban’s attempt to silence her created a counter-effect: it only made Malala roar loader.

This teenage girl who was deprived from living a quintessential teenage life – going out with her friends or developing a crush on someone – has become both a political and a humanitarian world icon, having the audacity to vocalize her beliefs. She believes in an important worldwide cause, sets out her goals and is working towards their accomplishment. In the end, Malala is living a life of a teenager, a life that is worthy and something to be proud of. United Nations Special Envoy for Global Education Gordon Brown launched a UN petition in her name – ‘I am Malala’ – demanding that all children worldwide be in school by the end of 2015. This led to the ratification of Pakistan’s first Right to Education Bill that has a common goal of spreading awareness and promoting education, and demands the implementation of Article 25-A: “The State shall provide free and compulsory education to all children of the age of 5–16 years in such a manner as may be determined by law,” consecrated in the eighteenth constitutional amendment. Malala, who has become one of The Times’ ‘100 Most Influential People in the World’, a European Union Human Rights prize winner and a Nobel Peace Prize nominee, has established her charity ‘Malala Fund’. The charity aims to provide education to the 600 million adolescent girls in developing countries and wishes to empower girls through education to give them the courage to demand change and raise their voices. As Brigham Young once said, “You educate a man; you educate a man. You educate a woman; you educate a generation.” Malala Fund’s first donation was Angelina Jolie’s 200,000, which was given to an unrevealed organisation in Pakistan (due to security reasons) to educate 40 girls in Swat Valley. If you would like to make a donation to the Malala Fund, you can do so here.

Her fame has since prospered, with the publishing of her memoir I am Malala in October 2013, co-written with British journalist Christina Lamb. The fearless, riveting and honest book received astounding criticism everywhere in the world except in Pakistan. The ‘All Pakistan Private Schools Federation’ has decided to ban the book in its 152,000 member institutions because they believe that it is disrespectful to Islam. Clearly, the ban was influenced by politics because all Malala dreamt for was to “not treat others with cruelty and harshly”, but to “fight others through peace and through dialogue and education”. If anything, she is the rightful image of Islam through seeking education and opposing violence.

No one can deny that Malala is an inspiration and that her cause is striving, yet there is something equally fascinating and depressing about that fact. An eight-year-old Pakistani daughter of a schoolteacher named Nabila witnessed the murder of her grandmother as she was shot by the CIA-operated drones in October 2012 – the exact month of Malala’s incident. However, as the Western politicians, organisations, and media fêted Malala, Nabila’s visa to the United States of America – to share her story – was denied and there was little coverage of her story on the mainstream media for political reasons. Malala’s story is an opportunity that can be utilised by war advocates and can justify the United States’ intervention in Pakistan. But Nabila’s occurrence shows the regional injustice that is enforced by the American forces, which is not part of the Western media’s narrative. Although Nabila does not stand for a tangible cause, her story is significant for two reasons. Initially, it is a proof that Pakistanis face injustice by American forces as well as the Taliban forces. More importantly, it is a live example of confirmation bias, which is a tendency to select information that confirms our narratives and beliefs. Education should not stand under confirmation bias, but must lean towards cognitive dissonance – the uncomfortable feeling that we experience when new information runs counter to our narratives and beliefs. At first it might be uncomfortable and unorthodox, however, it will lead to justice and open-mindedness toward all beliefs and notions. Consequently, education will cease to be denied to anyone, regardless of his/her belief, religion, ethnicity, sexuality or race.