Gis A Hug Foundation is raising awareness of the Silent Killer 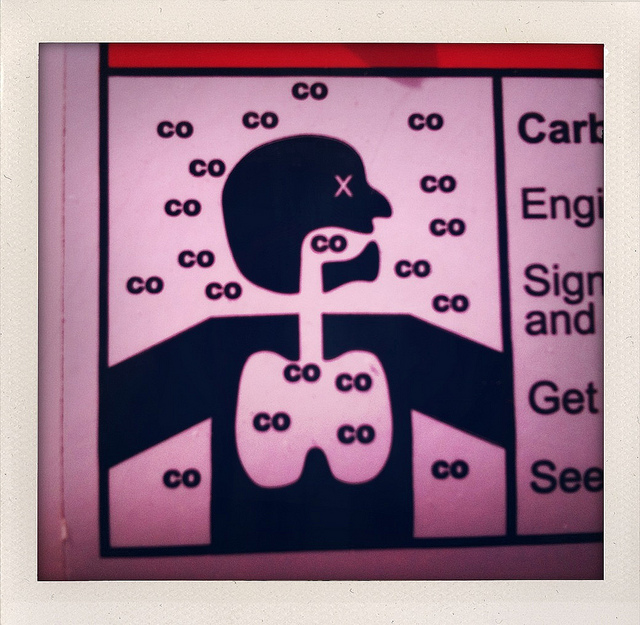 “CO is a ‘silent killer’ – colourless, tasteless, odourless and non-irritating.”

Gis A Hug Foundation was established in memory of two Irish 18-year-olds, Neil McFerran and Aaron Davidson, who died as a result of carbon monoxide (CO) poisoning in August 2010. The gas is produced when coal, oil, wood, heating gas, petrol or paraffin burn without enough oxygen. CO is called a “silent killer” as this toxic gas is colourless, tasteless, odourless and non-irritating, yet every year causes 50 accidental poisoning deaths in the UK and 40 in Ireland.

On August 3rd 2010, three teenage students from Newtownabbey – Neil McFerran, Aaron Davidson and Matthew Gaw – decided to take a short break after their exams to await their results in a relaxing environment. They had been best friends since toddlerhood. The three friends stayed in a luxury holiday apartment in Coleraine, Co Down, Northern Ireland, hoping to enjoy a good time together after such a tense period. Unfortunately things went badly wrong.

After the boys failed to call home and let others know about their safe arrival, their parents started to worry, and tried to call, but their phone calls went unanswered. Alarmed, two of the fathers drove to the apartment to make sure all was well, but their fears were well-founded. They found Neil and Aaron dead in the apartment, while Matthew was unconscious, but still alive. The two men fought to save their sons, but it was too late. Only Matthew survived.

Neil and Aaron’s devastated families set up a charity in memory of their sons to help other families avoid this kind of deadly accident. Gis A Hug Foundation works hard to raise the awareness about the dangers of carbon monoxide and the importance of having a CO detector in every home. Neil’s mother, Catherine McFerran, says the pain of losing her son is always there but something positive has come out of the tragedy.

According to information provided by Britain’s Department of Health, carbon monoxide poisoning claims approximately 50 lives each year in England and Wales. The Health Protection Unit in Ireland says in the Republic, a much smaller country, there are 40 deaths annually. So a huge amount of prevention work still has to be done.

The Gis A Hug Foundation visits schools, mother and toddler groups and workplaces every month to talk about the dangers of carbon monoxide. They also provide gas detectors to those in need. The organisation reports that they have always had a very positive feedback and have heard several times that lives have been saved thanks to the detectors they supplied by the charity.

Gis A Hug Foundation is working together with other organisations who share the mission to save lives and reduce accidents at home. Together with the Royal Society for the Prevention of Accidents, they made a film about carbon monoxide poisoning, which is featured on YouTube and their own website. The film educates people what is carbon monoxide is, how to recognize the symptoms of CO poisoning, and about preventative measures. To be sure you are safe at home, it is important to have yearly services on boilers, heating systems and chimneys, particularly before the heating season starts in autumn. It is important to have a properly-installed carbon monoxide detector, recommended to be on the ceiling, at least 30cm (or a foot) away from any wall. Carbon monoxide detectors have no wiring, so they are easy to install – the only maintenance is to check the batteries every so often.

Northern Ireland is the first country in the UK where it is a legal requirement to fit carbon monoxide alarms in all houses where new or replacement boilers will be installed. The change to the building regulations came into force at the end of October 2012, with the awareness of the urgent need to change the regulations come after the fatal accident and high-profile investigation into the deaths of Neil McFerran and Aaron Davidson. It has been an important step forward to protect residents’ lives.

The cause has brought the community together. Many local companies have shown their support to the Gis A Hug Foundation, by choosing them to be their charity of the year. There have been different events organised by community members to raise money for the charity and its fight to inform of the dangers of carbon monoxide, including football matches and fundraising through the Belfast Marathon. Gis A Hug Foundation uses the money received to buy and supply carbon monoxide detectors – 5,500 so far at a cost of over £50,000 (€60,000) – but there is still an urgent need for more detectors. The charity has grown so much, but that their resources are limited and Gis A Hug Foundation is calling more volunteers to step forward and help them.

Andy Morrison is raising currently money for Gis A Hug Foundation by cycling from London to Brussels. He started this challenging feat on Wednesday 29th May. Andy’s fundraising page welcomes all those who want to show their support: http://uk.virginmoneygiving.com/AndyMorrison1

There are various possibilities if you want to join and help the cause. By raising awareness or money, your help is appreciated.

You can also host a fundraiser, put your name forward to volunteer or by making regular donations through “payroll giving” – the form on the charity’s homepage. Gis A Hug Foundation is also registered on the Easy Fundraising page. If you can help, Gis A Hug Foundation can be contacted on Facebook or at info@gisahugfoundation.co.uk