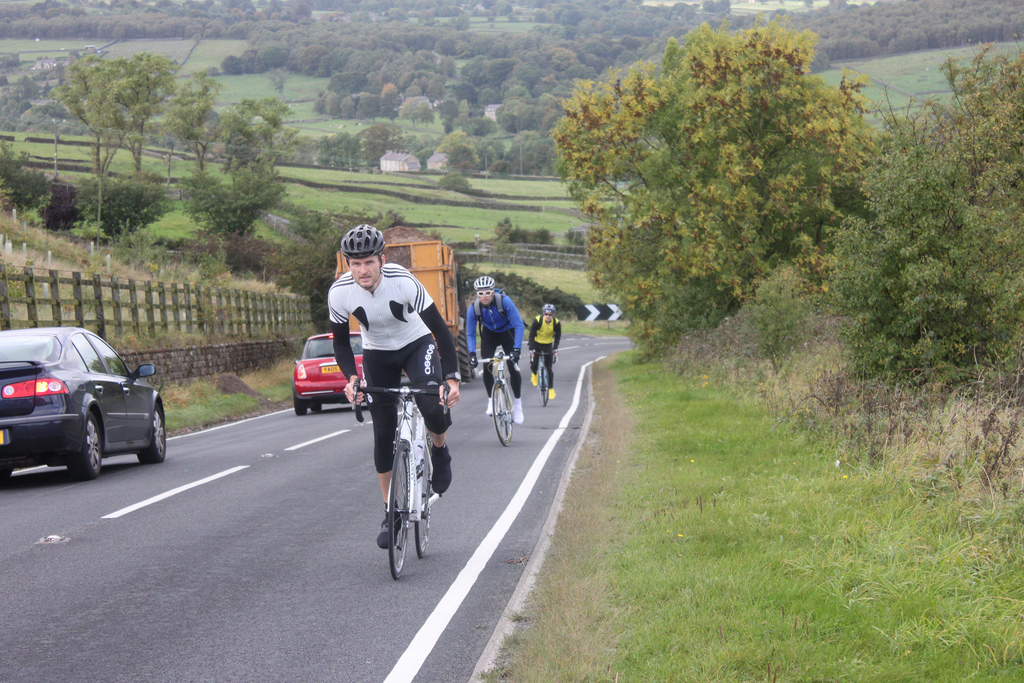 Losing a family member is always a tragic event, but perhaps even more so when it is completely out of the blue with no time to prepare any final farewells. Sadly, Durham student James Browne’s father, Anthony Browne, passed away in just such a manner in 2010, dying suddenly and unexpectedly whilst on a family holiday in Egypt. Anthony had been suffering from coronary heart disease, an illness often dubbed the “silent killer” as it often exists without any symptoms or health ailments. Three years on, his son James and his friend Olly Kinsey are honouring his memory with a 213 mile long charity bike ride to raise money for the charity Cardiac Risk in the Young.

As well as providing information about heart disease, CRY also promote heart screening for young people, especially those involved in sports, through ECG (electrocardiogram) testing programmes. Anyone who had a family member aged under 35 who died from sudden death is eligible to be screened free of charge by the NHS. Spotting heart disease early provides the best chance of survival. Being diagnosed with heart disease is by no means a death sentence; most people are able to function perfectly normally and live normal and fulfilling lives by making lifestyle modifications (e.g. eating healthily, keeping cholesterol levels low and stopping smoking) and, in more extreme cases, undergoing surgery or taking medication. Although to some people these may seem like big changes, they are preferable to the tragic alternative, so those who potentially are at risk are advised to be screened just in case, especially when one remembers that heart disease often presents no symptoms until it is too late.

Cardiac Risk in the Young also provides emotional support for those who have lost someone to heart disease through family support groups and group counselling sessions. CRY are also very involved in with the scientific community, funding medical research into heart disease in young people, as well as the CRY Centre for Cardiac Pathology and the CRY Centre for Sports Cardiology at the Olympic Medical Institute. When they can, they also provide medical equipment to hospitals and surgeries.

James Browne and Olly Kinsey aim to raise as much money as possible for this fantastic charity by cycling 213 miles from Durham to Birmingham on 31st August 2013 – the three year anniversary of James’ father’s death to heart disease. The two-man team aim to complete the ride in less than 24 hours, with an ambitious target time of 16 hours. This means their average speed will have to be around 13mph, on quite a challenging course. The first 100 miles through Yorkshire is downhill, however, they will then hits the hills and face a 500 foot climb over 50 miles with very little time to rest. Their peak height will be 525 feet and they will then head downhill for another 20 or so miles before having a final 200 foot climb into Birmingham.

Olly, who has previously cycled from Lands End to John O’Groats, says he feels “excited and nervous” about the bike ride. Both he and James describe themselves as competitive in nature, something that bodes well for their journey as they will both want to finish before the other. Olly describes their dynamic as a healthy one, however; they work well as team and encourage each other when the other starts to flag. The Josephine Butler College students have been training for over 6 months, originally planning to do the charity bike ride in February, and again later this month, but the pair have been put back by injuries on both occasions. Undeterred, however, they pledge to go on and are determined to do their bit for CRY, in honour of Anthony Browne.

James and Olly are being sponsored by Result Fitness: http://www.resultfitnessdurham.co.uk/