DUCK Expeditions: More Than A Holiday 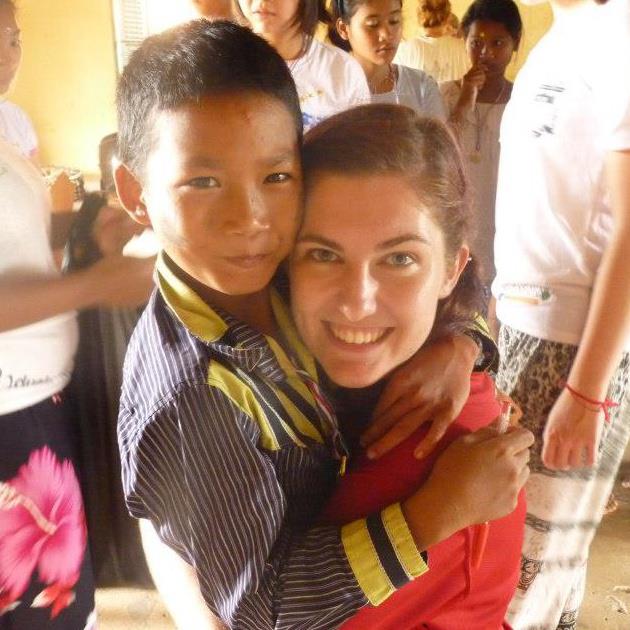 When I tell people I spent last summer travelling round Cambodia on a charity expedition, they generally react in one of two ways; either with genuine interest, or an “Oh, you’re one of them“. Granted I may be (hugely) biased, but as far as I’m concerned, the perception some people hold of ‘voluntourism’ couldn’t be more wrong – perhaps it takes having been on one to see it, but DUCK Expeditions are so much more than just a holiday; the eye-opening and inspiring experiences of my time in Cambodia are memories that I will cherish for life, but the work we did while out there was also what Expeditions are really about – the charities we fundraise for and the people they help.The Cambodia 2012 expedition ran over almost 6 weeks, within which we visited the ancient temples of Angkor, spent 3 weeks running a summer camp in a local orphanage, learnt about the country’s history in Phnom Penh, relaxed at the beach and popped over to neighbouring Thailand for our final few days. It was an exhilarating (if exhausting) few weeks, but our work for the expeditions started almost a year before we even left, when the fundraising began.

For those who don’t know, the money from DUCK Expeditions is split into two parts; one half pays for travel and accommodation, while the other goes directly to charity. Each member of an Expedition has to fundraise a large sum of money for charity; last year alone over £160,000 was raised by Expedition participants for different charities. The Cambodia fundraising was split between two charities, with a proportion going to FutureSense; an organisation which provides volunteering opportunities in some of the most disadvantaged countries of the world, and support for local community projects worldwide. In Cambodia, FutureSense works with NGOs on behalf of the most needyand neglected groups, particularly children, in a developing country where around 30% of the population live below the poverty line.

Our FutureSense project took place in an orphanage in Battambang, where we met the children we were supposed to entertain for 3 weeks. To say this was a challenge would be an understatement – we had no idea how much work was in store when we turned up; glitter pens and playdough in hand, but it turned out to be by far the most fun and rewarding experience of the trip. Splitting the kids into groups, it was a baptism of fire as we organised activities to suit anyone aged 3–22 and quickly got to grips with communicating across the language barrier -you’d be amazed by how much you can explain just by waving your arms about and trying not to laugh. Between our DUCK team, we had almost seventy children to cater for, but soon settled into routines, playing sports, making music, doing arts and crafts, playing games and teaching English. Working with the kids was definitely the highlight of my time in Cambodia, despite everything these children had been through, they were some of the most open and generous people I have ever met, who truly wanted to make us feel welcome – I received endless necklaces and bracelets woven from the grass in the centre, and thank you notes just for doing my job.

Despite their circumstances the kids were always smiling and eager to learn – even the typically grumpy teenagers would light up at stories about animals in Australia or the idea of snow – exciting topics when Geography isn’t on the school curriculum and the average temperature is around 80 degrees!Our work at the orphanage wasn’t limited to teaching, we also carried out some renovations to three children’s dormitories; cleaning and redecorating with the help of the children, and ended up with some amazing murals, in particular the jungle themed room (with added goats and footballers – just for good measure).Health and safety is not a concept that has reached Cambodia quite yet, so getting used to local life was definitely an adjustment – the kids had no fear of anything, but convincing a twenty year old Durham student to climb onto the roof (sober) for painting took a little more effort. There are more unforgettable (and even more hilarious) moments than I could ever do justice on paper; watching over-confident students get thrashed by five-year-old footballers, dancing through a monsoon, playing British Bulldog and having the Macarena on repeat for hours are just a few that come to mind.

Before we knew it our time at the centre was over, in a blur of paint, paperchains and dancing, and although leaving was heart-breaking (I still maintain my mum wouldn’t have minded me bringing a few extra people home), I certainly left feeling that we had done some good during those weeks. On a selfish level, I had an amazing time, met incredible people (both Khmer and English) and learnt about the world and – at the risk of sounding totally gap-yahh – myself. But far more important than that, we made a difference, even if it was a relatively small one, to the kids we worked with, not only through teaching English – a valuable skill in a country where the tourist industry is so important, but through building relationships and simply giving our time to children who lack adult attention for much of their lives. The orphanage had seventy children to two staff, so us being there not only provided entertainment for the kids during the long summer holidays, but gave their carers a well-earned break too. The next set of DUCK volunteers will be sustaining our project in Battambang next summer, and hopefully many summers to come, bringing enthusiasm and fun (as well as the obligatory glitter) to an unbelievably worthwhile cause, and yes, they do also get an awesome holiday to boot…

Take a look at the DUCK expeditions website for more details http://duck.dsu.org.uk/index.php?option=com_content&view=article&id=96&Itemid=230

Look out for next weeks article about another DUCK expedition…