Drugs: Are we taking the YOLO culture too far? 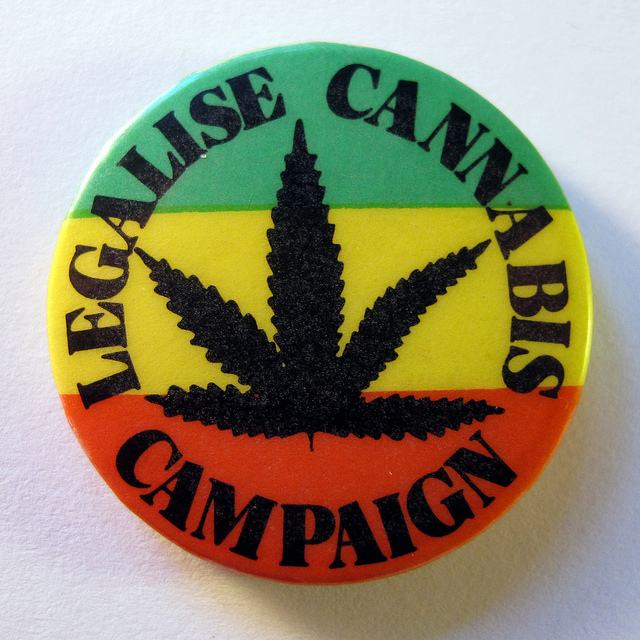 The debate over how to handle drug abuse.

Having read one of this year’s first Causes article on drug abuse in Hong Kong, it is a topic that has re-emerged in my mind in recent weeks. In the run up to the Christmas holidays I have heard of at least three stories of drug related hospitalisations and deaths of university students, friends and friends of friends. Whether a close personal link or more distant one, the reality is still as shocking.

Though we see the odd advert on television by Talk To Frank, the drugs advice organisation, there seems to be a lot less advertising, campaigning and news stories on teen and young adult drug abuse than there was in the past. It is almost as if the media has lost interest in it as an issue. Ten years ago, drug overdoses and drug abuse in the young was prolific in serious broadsheet newspapers, not just drama and gore-seeking tabloids. While British Crime Surveys show a decrease in young people’s use of Class A drugs from 2001–2011, that doesn’t mean that that awareness of drug abuse should diminish and give way to a generation of young people who seem take this as a validation of their recreational usage.

The Facts. The National Institute on Drug Abuse says that Marijuana use by adolescents declined from the late 1990s until the mid-to-late 2000s, but has been on the increase since then and that young people are showing a decreased perception that such drugs are dangerous. More shocking still is that more students smoke Marijuana than cigarettes. But increasing taking of ‘weed’ is only a minor part of the problem. Students today have started using more dangerous, unconventional drugs such as mephedrone with unknown long-term effects. Furthermore, with a seeming relaxation in focus on adolescents and drugs it appears that when one drug gets boring, they are moving on to more dangerous drugs such as cocaine and heroine in some cases.

The Risks. The most common recreational drug, cannabis, can cause anxiety, heart problems, interference with brain developments and in some cases serious psychotic illnesses such as schizophrenia. Emerging reports on Mephedrone are showing its propensity to cause heart and circulation problems and other potentially fatal effects. MDMA or Ecstasy’s main danger is the uncertainty of the exact ingredients in the pill and resulting side affects can range from liver, kidney and heart problems to dehydration and body heat affects, which have caused deaths. The main problem with cocaine is accidental overdoses as a result of convulsions and heart failure. Listing only a few risks of a couple of the drugs on the market seems like enough of a reason not to try them, so why do so many young people ignore these dangers?

The ‘Cool’ Factor. Big city universities with underground, ‘indie’, grunge and drum and bass clubs are renowned for having drug scenes. The same can be said for music festivals where there is a well-known drug culture. While this may be a stereotypical view, it has nevertheless created this image that it is ‘cool’ to take drugs, that it somehow makes them superior from those who just want to have a couple of drinks and listen to pop music in a tacky club. The Guardian estimated that approximately a quarter to a half of club-goers today take these party drugs, including ketamine and mephedrone. This new drug mephedrone has managed to stay relatively under the radar of drug campaigns due to its plethora of street names and regular combination with other such substances and as a result the full extent of its affects are still unknown, meaning it can remain on the list of ‘cool’ drugs that the government have yet to be able to crack down on.

The Debate. The current drug laws in the UK are 40 years old and many think need revising. The central debate surrounding this topic however is whether legalizing drugs makes them more or less attractive to youth cultures. Previous Home Secretary, Jack Straw, has recently aired his view that the decriminalizing of soft drugs, such as cannabis, would lead to higher levels of drug usage and therefore further harm. On the other hand, the ex-government drugs advisor, Professor David Nutt says that the best way to prevent drug abuse is through education and therefore maintains that even Class A drugs should be decriminalized and sold in pharmacies where the risks and dangers can be explained by trained and respected pharmacists. However, as it stands David Cameron has refused to review changes to our drug laws.

The Future. There is a common view that when drugs become un-cool they go into disuse. The increase in the education of the detrimental affects of tobacco and the realization that it was a stupid recreational activity has seen obvious results in the decrease in smokers, from 85% in 1940’s to 20% today. If history is anything to go by then perhaps the same will happen if there is an overwhelming push with the education on the destructive nature of drug abuse and following generations will view the disuse of drugs like marijuana, cocaine and MDMA as we view smoking today.

The Unexpected Question: Is alcohol just as bad as drugs? Professor Nutt says that drugs, taken in the right way, are no more toxic than alcohol. Along with the well known affects of alcohol such as its depressive tendencies, high blood pressure and liver disease, the new craze of teenage binge drinking has potentially more fatal affects that that of drugs. The lowering of ones inhibitions and senses while under the influence of alcohol have been linked to serious long term social problems of unprotected sex, teenage pregnancies, car accidents, violent crime and domestic violence. Just one big drinking night could cause a potentially fatal incident of alcohol poisoning. The majority of us at university have sat in the doctors, sheepishly staring at the big posters outlining that young people should drink no more than 4 units a week and realized we go way over the limits.

Without sounding like a parent, maybe it’s time that not only the government revised its views on drugs but that we students do as well. Even though Durham’s chart hit, pop music scene seems harmless in comparison to other universities with renowned drug problems, maybe we too should step back and ask, are we taking the YOLO culture too far?

For more information and advice about drugs see: www.talktofrank.com