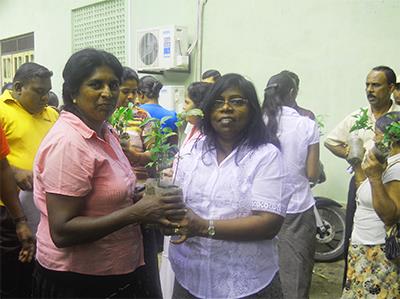 The proverb ‘Give a man a fish, feed him for a day. Teach a man to fish, feed him for a lifetime’ may have been overused to the point of cliché, but the meaning behind it is still very relevant. Helping people help themselves is not only a far more sustainable and long-term strategy when it comes to any charitable organisation, but it also works towards eradicating today’s dependency culture.

In terms of giving aid to causes dedicated to women in developing countries, in general, outside NGOs and other charities, when entering into a developing nation, take an approach that caters to the Westernized ideal of female empowerment. This method, in remote areas, where society and culture are still very much traditional and conservative, can do more harm than help. It is not only very difficult to convince a woman who’s grown up believing her three roles in life are daughter, wife and mother that there are other roles available, but to deliver an ultimatum where only a certain combination of those roles are possible is also wrong.

This failure in understanding is what prevents true development and appropriate aid packages being dealt out to women in many developing nations. Instead of trying to persuade women to sacrifice their current job in the home, we should work out ways in which they can earn an income whilst still keeping their families a priority. Working in conjunction with the traditional roles of a woman, instead of opposing, allows innovative ideas to flourish in the field of development aid and, most importantly, brings an element of self-sufficiency to the charity project.

The Dayasarana Women’s Society (DWS) was established in 2010, as the women’s arm of the Dayasarana Development organisation by Member of Parliament Dr. Anoma Gamage. Dr. Gamage is a prominent female figure in the country; in addition to her political endeavours, she is also a highly successful businesswoman, having been awarded ‘Best Female Entrepreneur’ for several consecutive years. Furthermore, she is a full-time mother with two children, putting her in the same category as the women she is trying to help. In this sense, the aim of the DWS is to ‘give a helping hand to women from low-income families in the Ampara District’, which is a rural region in North-East Sri Lanka. This part of Sri Lanka is at a unique and precarious point in its history, as the people not only struggle to move forward from the ethnic conflict that has spanned 30 years but also have to survive in a severely-impacted domestic economy.

By assisting in the initial start-up of an income-enhancing opportunity, the charity hopes to improve the standard of living of those in the Ampara District. The DWS also serves as a forum for women in different geographical areas to meet and discuss their work programs; the membership is currently over 1000 women, who have all been positively impacted by the charity’s efforts in the area.

The DWS organises several training workshops where women can learn and acquire different skills, from weaving, batik painting, beauty culture, poultry farming, agriculture export farming and many other self-employed small-scale businesses that they can do whilst still looking after their families. In 2011 and 2012, over 4300 cinnamon and pepper plants were distributed among female farmers. The importance of cinnamon, an export product, makes this an even more appropriate development project; not only can women carry this enterprise on the side whilst tending and running the household, due to the higher price of export goods, their revenue stream will be much greater. Another example of customised development strategies, suitable to the country and the culture, is backyard poultry farming. This has the additional benefit where the women can use the products from the poultry farm for their own family’s meals and the excess can be sold off for extra income.

Additionally, the DWS has recognised the lack of education and awareness in rural areas regarding health and has conducted a series of medical camps, with seminars where women learn the importance of daily health care.

The DWS’s latest project involved a Rs. 832,500 (around £4000) Grant from Microcredit for Mothers, a Dutch foundation that provides small loans to mothers in South Asia. Eighty women in the Ampara district received micro-credits to invest in their small-scale start-ups and enterprises. The charity’s major role was in providing technical support along with it’s partner, Bimputh Finance, a bank with a great deal of experience with micro-financing schemes. The funds received were distributed on the 15th of March, with each member of the society being allocated Rs. 10,000, to be paid back in 12 installments, on a reducing balance system.

Dr. Gamage, when asked about the DWS, had the following to say: “The DWS is doing extremely well; especially with the external aid we are receiving from foundations such as Microcredit for Mothers. Furthermore, as more and more women in the area start to establish their businesses and begin to turn a profit, our membership increases and we are now seeing tangible proof of the monetary gain from the finance provided to this extraordinary group of people. Overlooking that, there is a great deal of progress being made in terms of women’s rights and independence; for the first time for many of these women, they are able to provide for themselves and their families without having to reply on a male member of the family. They are in control of their finances and they can decide how and why to spend it. Most importantly, they are still able to be daughters, sisters, wives and mothers. They are becoming the modern woman, in a country still developing and trying to recover and this was my main purpose in starting up this Society”.

Charities such as the DWS are proof that the bridge between being a traditional housewife and a working woman in terms of the female development is not only possible, but can be accomplished if care and respect are paid to the equal value that both those roles bring on a personal and societal level.