AIDS and Aid are for life, not just for Christmas 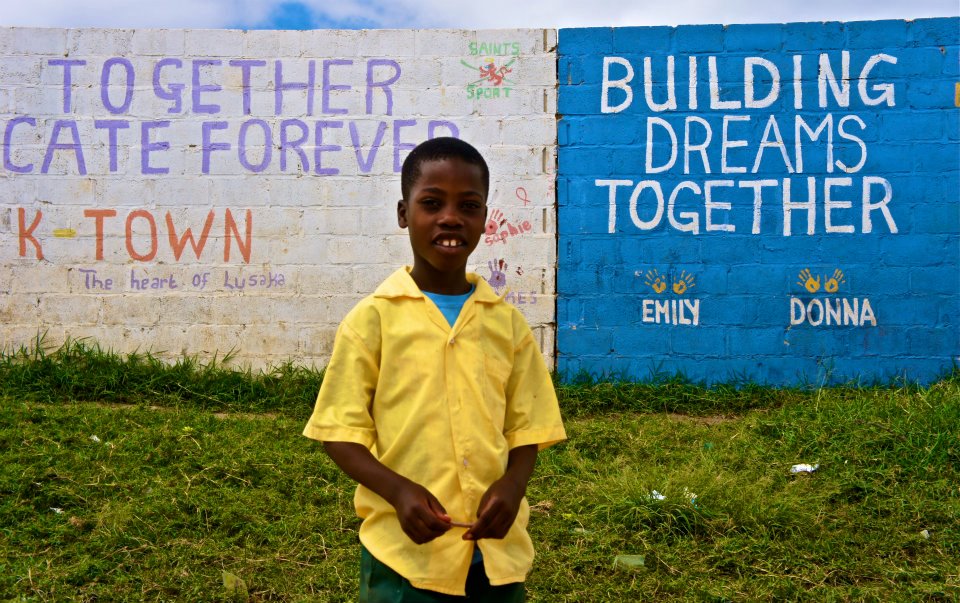 The 1st of December was world AIDS day. Like Christmas, pressure was put on the consumer to donate towards Aid programs. It seems these token gestures of good will, coupled with the occasional accompanying emotive BBC documentary around the time of World AIDS day, are sufficient in giving us our yearly dose of self-betterment. After some reflection we put the issue back into the closet of our mind, like a Christmas tree back into the attic. It is only when the next year comes around, when another charity fundraiser at work or university occurs that this sentiment will return.

In this article I will be drawing on my experiences whilst on a Durham Student Theatre (DST), trip in Zambia in Easter, to shed a different light on the realities of providing Aid and its impact on AIDS itself.

In the Zambian capital of Lusaka we worked as volunteers in various local organizations and schools, using drama as a tool to educate and raise aspirations. This experience furnished a new insight into local issues of poverty, education, domestic violence and finally, in relation to this article- HIV/AIDS.

Before arriving in Zambia my perception of life there had been influenced by various Comic Relief, Live AID and Red Cross adverts and articles that I had read. My views were shrouded in stereotypes; the human condition seems prone to typify all things complex, into manageable bite size chunks.

The Africa problem has, in a sense, been commodified. The term ‘Africa-problem’ is used here with deep irony here, as people still seem to term Africa as one country. We buy free-trade coffee with romantic pictures of grassroots farmers and purchase wooden giraffes in order to ‘support the local economy,’ but please note consumer that the latter are, in most cases, made in china.

As for HIV-awareness we proudly wear ‘red bows’ on our Primark vests; a gesture draped in irony as Primark is an infamously exploitative company that does little to ease social grievances. Moreover, in the land of celebrity, Louis Walsh has displayed how the ‘little red bow’ has become a great statement piece to contrast with a nice black roller neck- as on Xfactor.

These habitual token purchases have engendered a society, which fails to understand the issues beyond general terms. Charity has become a form of consumerism: we quite literally buy into the ‘brand’ of charity. Oxfam, UN, Red Cross – their impressive marketing never ceases to attract mass sponsorship. But why is it, when I was heavily publicizing my grassroots-micro project in Zambia on the streets of Durham, and all over Facebook and the wider web that it was challenging to gain any monetary support? Yet when Oxfam, or help for heroes stand in the street asking for donations they seemingly receive a greater portion of pennies from people’s pockets? We buy into ‘reputability’ and the ‘image’ as much as the cause itself- just in the way that we buy into the ‘idea’ of Hollister or Chanel.

Our donations very rarely go beyond being a purely emotive gesture. How often, do you really read through a manifesto or newsletter of a charity to learn what their Aid methodology or objectives are? We seem to be blind consumers, separated from the bare facts of what is happening on the ground, and even more detached from the ego-centric world system of globalised politics, economics, lightly seasoned with a dash of neo-colonialism.

To understand the problem of Aid and why it is not working on the macro level you only need to delve into Dambisa Moya (Dead Aid) or Frederick Cooper (Africa since 1940) to see its corruptive effects. Recent scholarship has pointed to ‘political’ systems, in many ‘corrupt’ regimes (using the western definition), being able to mutate in order to seize the incoming Aid and use it as a new source of income into the state. This results in dire redistribution and the continuance of these troublesome regimes. Let’s not forget the addictive quality of Aid in forging ‘Aid-dependencies.’ In the words of the Chief Economist at the British Department of Trade and Industry: “they know [aid] is crap, but it sells the T-shirts.”

I experienced the failure of Aid redistribution whilst working at Kibwata clinic at Fountain of Hope Street Shelter (F.O.H.). Zambia has one of the highest rates of HIV/AIDS victims with every 1 in a 7 adults having the disease. Lusaka has the highest rate of all the regions.

Despite 89.3 million of AID spent on care and treatment in 2006, this has failed to reach the underprivileged area of Kibwata in Lusaka. At the clinic, where we were helping to administrate polio injections, a lady with a baby of 9 months asleep on her back entered. We discovered that the baby was HIV positive. It had not been able to gain access to any treatment or medical care. The father had abandoned it due to its ‘Positive’ status, and this lady, with 3 other children, could not afford to go into the city centre to receive appropriate help.

Though evidencing the failure of wider schemes for treatment, this testimony is not all doom and gloom. Rather it shows the success of micro-Aid. This clinic provides basic sanitation and vaccinations against diseases ie Measles, Mumps, Rubella, Polio etc. Though it does not have the resources yet to distribute HIV treatment, it is a beacon of hope for what could be achieved with additional funding. This micro-treatment centre has proved to be successful with swarms of ladies with babies from the surrounding area cuing outside for injections.

HIV/AIDS does not just affect those with the disease. In 2009 AIDS orphans, constituted 50% of all orphans in Zambia. They are often left with nothing, and marginalized due to the stigma of being an AIDS orphan.

Jackson, a former street kid is a real-life example. His mother died from AIDS when he was 6. At the same age when we in England go to primary school, Jackson was forced to live a life on the street, sniffing glue and stealing in order to survive. Naively, you forget that these Oliver twist characters, who live in compounds really do exist. But again, it is easy to forget when campaigns focus only on those infected.

The F.O.H Street shelter fortunately found Jackson when he was 9. Since then he has received food, shelter and basic education, and been promoted to a team leader. Now 21, he is learning to write and wants to become an artist. Again, he is proof that small scale projects can, and do work!

This article does not intend to discourage you from donating to charity. Rather it is to make you reassess your act of giving, and whom to. Next time, understand your chosen charity’s objectives, and assess if you can give sustainable support, no matter how little. Moreover, next time someone on Facebook, or from DUCK is fundraising give them a second look. These grassroots, micro projects are invaluable at this stage when macro-Aid is failing to render any form of long-term success. AIDS is for life, not just for Christmas. Aid, on a small level can change lives for life, not just for Christmas.