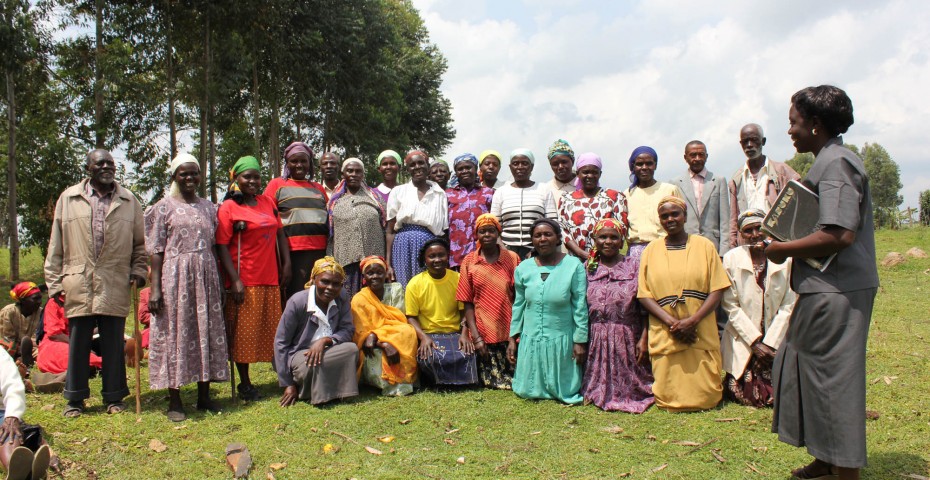 Whether Africa is a continent you’re interested in or not, it is quite difficult to get away from it. It seems to occupy a disproportionate amount of our airtime in news programmes and commercials. “For just £2 a month you can….”, you know the rest. But should we really giving our money to a continent where violence, crime and corruption are part of everyday life? How can we trust that the money will go to the starving child on the TV screen and not a politician’s retirement fund? Many people see Africa as a hopeless continent whose problems are so deeply ingrained in their culture and political systems that no amount of time and money can do anything to help.

A prominent African Historian, Alex Thompson, suggests that this perception of Africa is in fact ill conceived. In various of his publications he seeks to confront these misconceptions and explain why they are unhelpful; he asserts that “Africans are innately no more violent, no more corrupt, no more greedy, and no more stupid than any other human beings that populate the world. They are no less capable of governing themselves.” I would like to use a story about a market stall in the West Midlands to explain why I fully support Thompson’s point of view.

In the late 1990’s my parents and a few of their friends in Exeter decided that they wanted to form a charity to support third world countries. They registered a charity called URAFIKI with a philosophy of “zero administration costs”, which means that all the money they raised would go straight out to the people who needed it. It was the trustees’ view that once you start charging for things, where do you stop? If you charge for paper, ink cartridges and plane tickets, what will be left?

For some time, URAFIKI’s trustees looked for opportunities to get involved and found a few small projects in South Africa. The real inspiration came in 2002 when my parents were walking in Ludlow and stumbled across a market stall selling African jewellery. My Mum started chatting to the lady behind the stall, her name was Luzulli and it transpired that she was trying to raise money to sponsor a student through university in Kenya. They swapped details and was eventually put in contact with the student, Ayodi. He had grown up in a village called Yala in the South West of Kenya which borders the Rift Valley (where all the Olympic runners are from). Most people can’t afford to pay the secondary school fees and so instead work on farms picking tea and vegetables on a commission basis where the average daily earning was around £1 per day. In his emails Ayodi explained that there was a huge amount of potential in the village and there were queues of young people desperate to be educated. When Ayodi graduated, the trustees asked him if they could fundraise for Yala and he agreed and said that he would assemble a team in Yala who would set up an infrastructure.

Although URAFIKI was still relatively small and its resources limited, the team in Yala highlighted education and feeding the elderly as two issues to address first. The community placed, and continues to place, a huge amount of emphasis on education and believes that it offers a genuine route out of poverty. Sadly, AIDS has torn through Yala and led to a hollowing out of the local population. In many cases, the middle generation of parents have died and the grandparents are left to care for the orphans. Rural Kenya does not have a welfare system and so if you’re too old to work, you don’t eat. Likewise, if orphans’ grandparents are too old to work, they don’t eat either. The team in Yala recognised that the elderly were going to play a central role in rebuilding their community and this explains why looking after this demographic was also going to be a priority. Within just a few months, a number of students and elderly people had been ‘taken on’ for the Education Scheme and the Feeding Schemes respectively.

Since the early 2000s the size of URAFIKI in Exeter has increased significantly. It now has a mailing list of over 300 people. As I’ve got older I have also become increasingly involved with the charity; raising awareness in local schools and trying to attract sponsorship from them. As URAFIKI’s network has grown, the size and frequency of donations has also done so. To date there are 62 orphans being fed and clothed, 36 students being sponsored through secondary school, 2 students being sponsored through vocational courses, 4 students at university, 6 waiting to go to university and 157 grandparents who are being fed on a fortnightly basis. I would like to emphasise here that the majority of the organisation and management of these projects comes from the Kenyans themselves. Our role in the UK is as fundraisers and the successes mentioned above are testament to the fact that we do not get involved with the day to day running of the projects.

Despite the community’s success, it has big plans for the future. During a visit a couple of years ago, the team in Yala said that the financial support coming from Exeter could not go on forever. They said that there was a community-wide ambition to go from ‘donorship to ownership’. The community wanted to generate its own income and eventually be in a position to employ, feed and educate its people without assistance from Exeter. It proposed to do this by utilizing what it has in abundance: fertile land, weather patterns that are very conducive to growing plants and raising animals and a large workforce who are searching for employment and food. The team suggested developing sustainable projects, two of which are the Poultry Project and Tree Sapling Project. Based on current estimates, Ayodi and his team believe that the community can become self-sufficient within 10 years. This is assuming that the charity continues to attract new sponsors at the same rate, the university students graduate and give back to the community as they have agreed and the sustainable projects are as fruitful as expected.

I believe that the URAFIKI story reinforces Thompson’s argument about African people and particularly their ability to govern and organise themselves. I also think that the success in Yala exposes the “bottomless pit” notion as a flawed assessment of Africa.

If you would like to know more about URAFIKI or the community in Yala then please get in touch.