Wimbledon and the Snob Effect 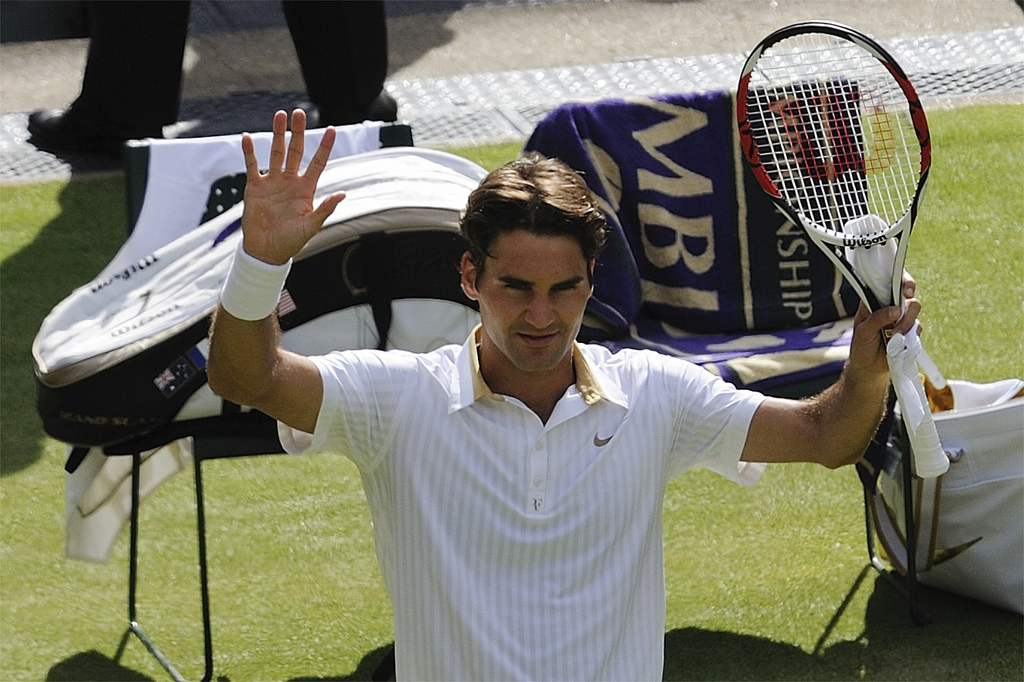 Is attendance at Wimbledon about Federer’s class or the middle class?

Every year, in the middle of June, thousands flock to the South-West of London for the coveted right to entry into The All England Lawn Tennis Club. People queue for hours. There have been years where people who began queuing at eight in the morning did not gain entry until the early evening. The cannier, more determined, and perhaps, more devoted fans often opt to camp overnight in the hope of entering the grounds when the gates open. But why is there such a clamour for Wimbledon? For most of the year tennis goes largely unnoticed. The majority of us can only name a handful of Tennis players, Fred Perry is more famous as a rah label than as a tennis player and the BBC barely acknowledges the other Grand Slams, at least in terms of coverage.

However Wimbledon is different, very different. The big games on centre court cost over £100, approximately three times the cost of watching Arsenal play at home. Perhaps this is why Wimbledon is so fevered for. Wimbledon is not only thoroughly British, but it is also thoroughly middle class. Even behind the sea of Pimm’s and the mountains of strawberries and cream there is an air of austerity. People go to Wimbledon in part because they wish to be associated with wealth and success, similar in many ways, to a Ferrari or a work of art. People demand Wimbledon because it is expensive and coveted.

Perhaps if Wimbledon were cheaper and more accessible, there would be less demand for it. Less demand among the middles classes at least. We demand the image associated with attending The All England Lawn Tennis Club and the prestige that follows. The more expensive it is, the more exclusive it becomes and therefore the higher the associated prestige. Among the less well-off, higher prices correspond with restricted ability to pay and therefore lower demand. Wimbledon is, for most of us, a Veblen good. Demand rises as price rises as Wimbledon becomes more high status and prestigious with price. The contrasting demand schedules among differing classes is commonly known as the “Snob Effect”. Many of us value the experience of Wimbledon more than the actual tennis. It is an opportunity to be part of and embrace Victorian middle class Britain just for a day. That is not to say we all queue in hoards in the hope of avoiding the less fortunate, but rather, to embrace and experience the wealth of Wimbledon.

Coincidentally Wimbledon is similar to the designer brand it accidentally helped to create; Fred Perry. Both are expensive, have many substitutes and in reality, have very low use values. They are demanded for the image, austerity and persona they help to create. No one really wears Fred Perry because they believe it is better woven or fits better; Fred Perry is worn because it helps people express a well-to-do persona. Equally the demand for Tennis the year round is not high, but the demand to be seen as well-to-do is ever present, and Wimbledon flourishes. We all aspire to be wealthy and to be seen to have wealth. Wimbledon is the perfect opportunity to express such decadent behaviour.

Is there anything wrong with this? Such elite goods are often seen as over-self indulgent and unnecessary. They are subject to reverse snobbery. Why do we need to spend hundreds of pounds on a sport which most of us only enjoy casually? But such displays of wealth inspire the rest of us to become wealthy. After all, isn’t wealth a good thing? Anyway, there is certainly a market for Wimbledon. The All England Club are merely quenching a thirst for class and status.

Tennis, a game once played only by the upper class has now become a game for anybody and everybody. Wimbledon however, has clung to its roots and maintained an identity of middle class snobbery. It maintains its elitism, class and prestige, all of which are reflected in the prices. If it hadn’t, it seems likely its appeal would have been lost. It would claim a place among the other forgotten racket sports. Wimbledon is a thoroughly British, middle class and pretentious tournament, and that is its very success. I’ll see you there, Pimm’s in hand!