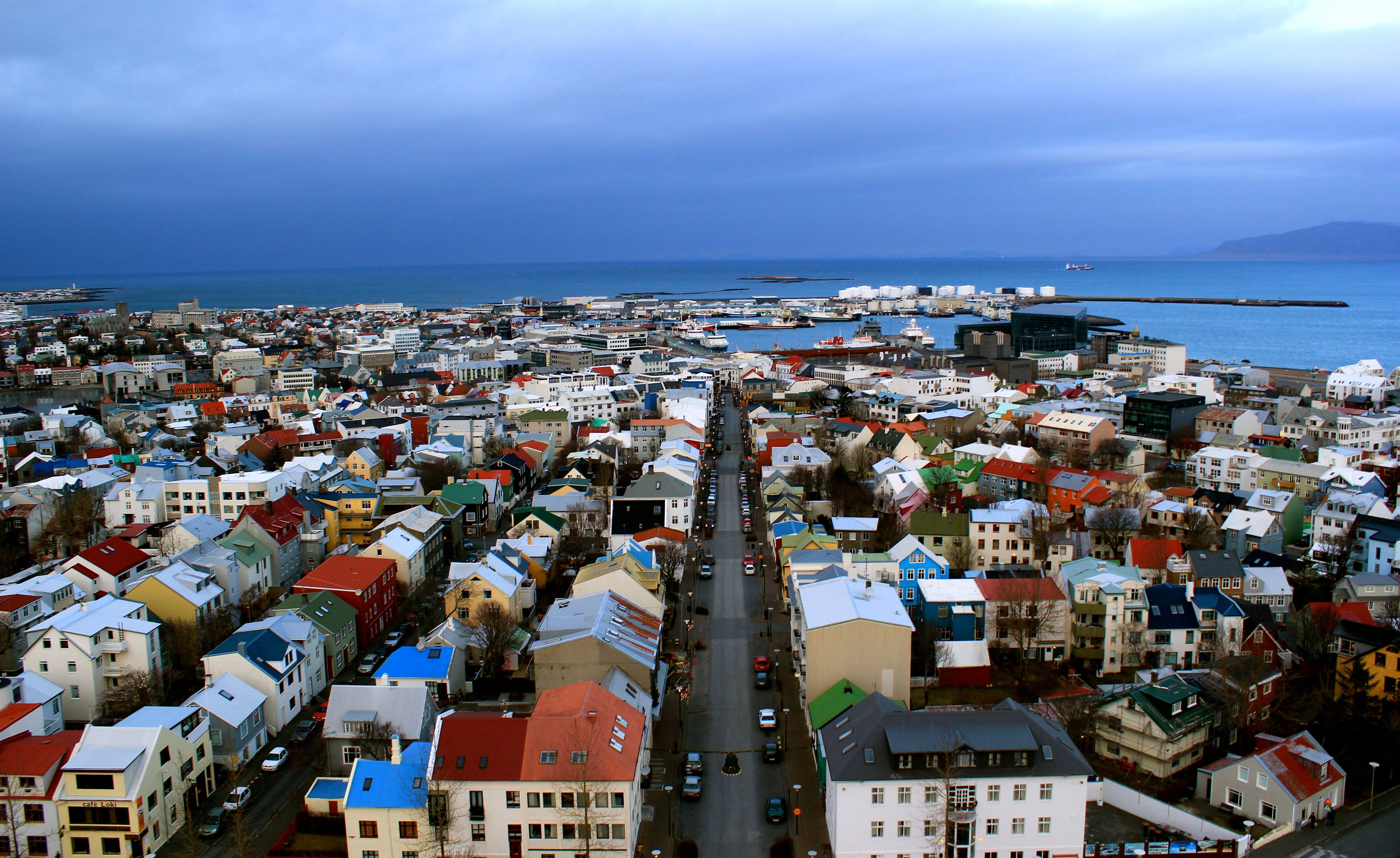 Welcome to Iceland, the world’s oldest democracy: where Icelandics believe in an enchanted folklore of elves, dwarves and trolls, where renewable geothermal and hydroelectric energy power the entire country, and where it is currently helmed by a female Prime Minister – also the world’s first openly lesbian head of government. Perhaps what made the world’s headlines regarding this unique country was the eruption of Eyjafjallajökull in 2010, which caused widespread travel chaos across Europe, or simply, the fact that Iceland declared itself bankrupt following the 2008–2009 financial crisis.

A recent visit to Reykjavik, the world’s most northerly capital where more than half of the country’s population reside in, saw not only breathtaking landscapes of undulating, snow-capped mountains – but also, rows and rows of empty apartments. During the bus journey to the capital from Keflavik International Airport, one side of the window painted an exquisite portrait of clear skies and mineral-rich expanses of land. However, looking through the camera lens on the other side revealed modern-looking flats dotting the highway, standing unoccupied and in solitude. This peculiar juxtaposition is a stark and grim reminder of the boom and bust that Iceland is currently weathering.

One of Iceland’s most lucrative sectors is its fishing industry – mechanization of its fishing fleet and extension of its fisheries jurisdiction in 1976 proved to be a strategic cog in the wheel of growth, apart from harnessing its geothermal energy capabilities. Iceland’s entry into the European Economic Agreement in 1994 saw the deregulation of foreign capital flows, encouraging and boosting flow of the four freedoms; people, goods, services and capital.

According to a seminal paper released by the American Economic Association, major reform of the Icelandic economy included the privatisation of commercial banks and investment funds during 1998 to 2003 – with two out of three state banks being sold, at a humble price. These banks were however, fatally sold to individuals deeply connected to prevailing political parties, and since they offered a source of indirect and direct funding to the government, government regulations were naturally lax over these banking institutions – which thus led to an ‘unprecedented borrowing and lending spree’.

This can be translated into banks borrowing six times more than what Iceland produced in a year, massively increasing the assets of the banking system from ‘100% of the nation’s GDP to more than 900% in mid-2008’. As banks expanded overseas, particularly Great Britain and Netherlands through the ill-fated IceSave accounts offering high interest rates, foreign money flushed into the country, firing a period of remarkable growth. In the meanwhile, inflation crept up steadily vis-à-vis the appreciation of the Krona, (no thanks to its escalating foreign debts) making it one of the most valuable currencies in the world and prompting citizens to borrow foreign denominations like the Japanese yen or the Swiss francs and storing them in domestic banks, easily making a tidy profit. Fishermen left their jobs and entered into investment banking. The modern-day Viking was dressed in a business suit.

“You only need to count the cranes,” said Professor Robert Z Aliber, a University of Chicago expert on financial crises, referring to the property bubble, which saw housing prices rocket by 11% from 2001 to 2008. Similarly, the stock market boom witnessed the significant rise in equity prices by 44% on average, six consecutive years (setting a world record) – no surprises here, since the three main banks accounted for three-quarters of the stock market index.

Lessons in history often illustrate the cyclical pattern of an economy’s growth, and on 9 October 2008, Iceland’s markets crashed. With the country plunged into heavy unemployment, Iceland became the first Western country to apply to the International Monetary Fund for emergency financial aid since 1976. Citizens found themselves having to pay back more than they borrowed, as the value of the Krona plummeted by half against other major currencies, and working two to three jobs became a norm. In an interview with the BBC, IT specialist and reindeer hunter Theodore Magnussion revealed that he borrowed 6 million Krona (£28,850) but now owes 9.7m Krona (£46,642). He expressed, “It really makes me feel angry and sad because, you know, the country is made of people, the nation is made of people, and societies are made by people, for people. But now it seems like banks are running societies and that is horribly wrong.”

Sentiments such as Magnussion’s have rallied the country together, and under the steady leadership of five-term President Olafur Grimmson and a rejuvenated cabinet, Iceland’s economy is slowly rising from the ashes. Three years after Iceland declared itself bankrupt, the country is growing at 2% and had its credit rating pushed up to BBB by IMF. Iceland’s economy is certainly looking healthier and serving as a stark contrast to countries such as Greece, Italy and Portugal grappling with austerity.

Perhaps, the most fundamental reason how Iceland is making its recovery is through the realisation that it was not merely a financial and economic crisis, something which Western and European leaders tend to shoebox themselves into thinking, but that it was also a “profound political, social and even judicial crisis”, revealed Mr Grimmson in an interview during the Davos Conference 2013. In restoring justice to the political system, Iceland exercised prosecution of white-collar fraud, convicted its Prime Minister of being guilty of failures of ministerial responsibility, making him the ‘world’s first leader to be put on trial in connection with the global financial crisis’. It is clear then, that this island of fire and ice is unafraid of setting precedents.

The second most important explanation was that instead of following traditional Western orthodox interventionist mechanisms, Iceland did the complete opposite – it let the banks fail. Said Mr Grimmson regarding these private banks, “I’ve often asked the question why people consider them to be the holy churches of modern economy. Why are they different from telecommunications or railway companies or many other companies? Why shouldn’t they be allowed to fail? The theory that you have to bail out banks is a theory that you allow bankers enjoy for their own profit their success, and then let ordinary people bear their failure through taxes and austerity. People in enlightened democracies are not going to accept that in the long run.”

Iceland thus embarked on a bank-restructuring program, pushed the losses to bondholders instead of taxpayers, and placed the interests of its citizens first. Loans were paid off for consumers and home-owner debt was forgiven, and the island shied away from social austerity measures (in contrast to European counterparts) whilst implementing currency control instruments to lift the island’s top two exports; fish and aluminium.

In an interesting turn of events, the failure of the financial sector saw the blossoming of the IT and creative industries. Labelling banks as “high-tech companies” that employed skilled graduates such as scientists, mathematicians and engineers, Mr Grimmson explained that the exodus of this brainpower and talent from the financial sector flowing to more innovative sectors instead resulted in a strong and competitive performance of these 21st century modern industries. According to The Guardian, the diversification of its industries can be seen in Iceland’s bid to attract more filmmakers to produce movies and television production in the island by reimbursing 20% of films and television production costs, such as Ridley Scot’s Prometheus which featured the Dettifoss Waterfall in its opening scene.

While this model has attracted much praise from Nobel prize-winning economists Joe Stiglitz and Paul Krugman, it must be maintained that the merits of the Icelandic way of recovery should not be over-emphasised. After all, Iceland still has a vast amount of debt to pay back to the IMF, and inflation rate remains stubbornly high. Outside of fishing and tourism, businesses lament slow growth and 80% of households remain swamped in housing loan debts and mortgages. Furthermore, as a nation of 320,000, the Icelandic model of recovery may not be applicable to distressed European counterparts such as Greece (11 million citizens) or Ireland (4.5 million), both of which do not have their own currency instruments to manipulate.

Nevertheless, the island presents itself as an interesting case study, which could offer valuable lessons for the world to learn and emulate from, especially in terms of its leadership. Said the President, “Essentially we’re still a nation of farmers and fishermen, the economy is just not an echo of banks – It’s a community of people. If they don’t feel strong, it doesn’t matter whatever tax measure you adopt.” One thing remains clear: the Icelandic national spirit of tenacity, unorthodoxy and innovation, forged from the ancient days of the Sagas, has helped to lift its economy out of the metaphorical ashes.