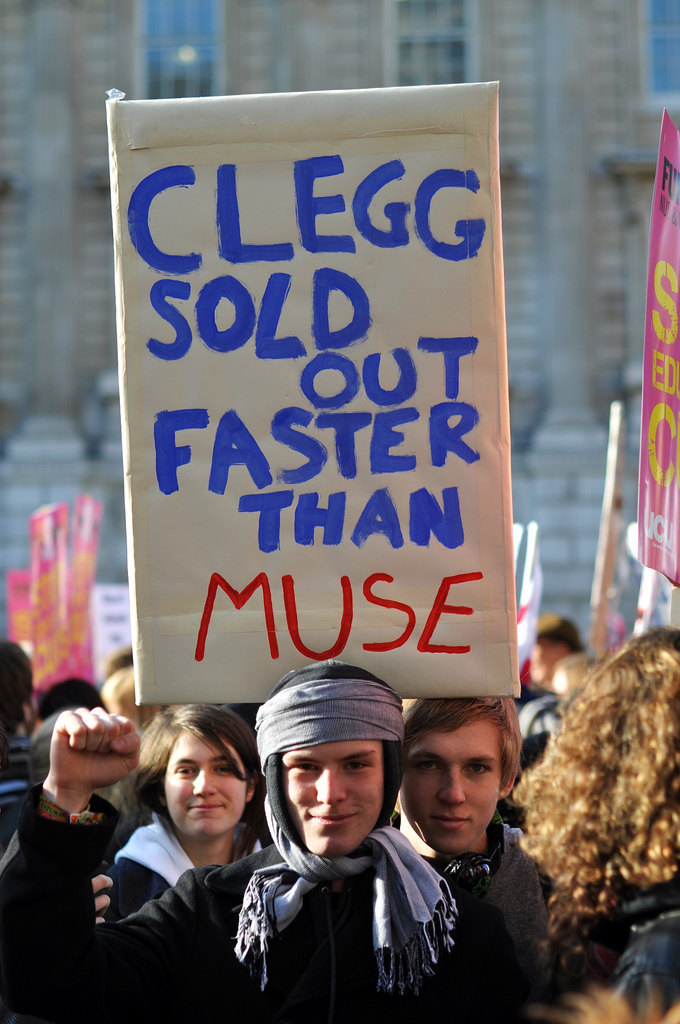 From 2012 students at universities like Durham could be faced with tuition fees of up to £9,000 a year; a staggering £27,000 for a three year undergraduate course. The current coalition government claims that the rise in fees is a necessary evil that will allow leading UK universities to maintain their position as some of the best in the world. Debate is already raging on the merits of this move, but a more pressing question is: what will be the consequences of such a bold shake up?

The rise in fees is huge, almost triple the £3,290 that our generation pays. Such a dramatic change to tuition fees, and the complex system of determining student admissions in general, will have profound, long-lasting consequences. Whenever major change is made to complicated systems there are always unanticipated and often undesirable outcomes. This is the law of unintended consequences, a concept named and popularised by the American sociologist Robert K. Merton.

One of the most famous examples of the law of unintended consequences was highlighted by the rockstar economist Steven Levitt in his paper “The Impact of Legalized Abortion on Crime”. This paper presented controversial research which suggested that an unintended consequence of legalized abortion was a drop in crime rates. Levitt showed how states where abortion was common saw greater drops in the crime rate than states where abortion was rare.

Sadly unexpected benefits are far less common than unexpected drawbacks. In 1990 an Australian state made safety helmets compulsory for all bicycle riders. Whilst this seems a very sensible policy which should lead to improved safety and health, the law of unintended consequences led to an unexpected result. Children found the bicycle helmets so unfashionable that they stopped riding completely. This meant that head injuries were reduced, but the drop in people riding led to a fall in terms of net health overall.

Of course, some of the consequences of rising tuition fees should be fairly easy to predict. Student protests at the move are hardly a shock. A quick supply and demand analysis would predict a contraction in demand for university places and therefore a fall in the number of students going into higher education in the UK. Some American universities are already reporting a spike in interest from UK students. Everyone’s old favourite politician Nick Clegg is likely to lose a significant proportion of the student vote.

It is the unintended consequences that are more interesting, and more dangerous. Let’s take a look at the gap year, a rite of passage for many Durham students. Consider students applying to Durham who are currently in Year 13. If they go straight to university from school, they will enter in 2011, the last year of the relatively cheap tuition fees. If instead they choose to take a year out, they’ll be facing the possibility of £9,000 a year tuition fees. So the potential cost to these students of taking a gap year is £17,130. Plus that round the world ticket, the cost of hostel beds and a significant alcohol intake.

So an unintended consequence of the rise in tuition fees is that very few students currently in Year 13 will take a year out. People respond to incentives, and the government has created a huge incentive not to have a gap year. Therefore, competition for university places is likely to be even more intense this year due to the subsequent dramatic increase in the number of students applying for entry in 2011. We can expect even more stories reporting a lack of places, and a desperate scramble through clearing.

But perhaps it’s hard for us to sympathise with rich kids who won’t get to spend a year lazing about and partying on the other side of the world. Well, what about those bright students who receive no offers from any of their five universities? In competitive subjects such as medicine and economics even straight A grade candidates can find themselves holding no offers come May. This year the price of failing to get an offer is more than just embarrassment and a forced year out. £17,130 pounds more.

There will undoubtedly be many more unintended consequences arising from the government’s decision to raise tuition fees. By their very nature these will be hard to predict. Will student numbers really fall that much? Will teaching quality improve? Is higher education going to become a place for rich kids and very bright poor kids, with the middle classes squeezed out? Is studying abroad going to become more of an option for UK students? I don’t know the answers, and the really worrying truth is neither do the people who are implementing this policy. All the research and government papers in the world can’t beat the law of unintended consequences. In a few years time we will be talking about how the rise in tuition fees altered something drastically. I look forward to finding out what it is.