The British are Coming! 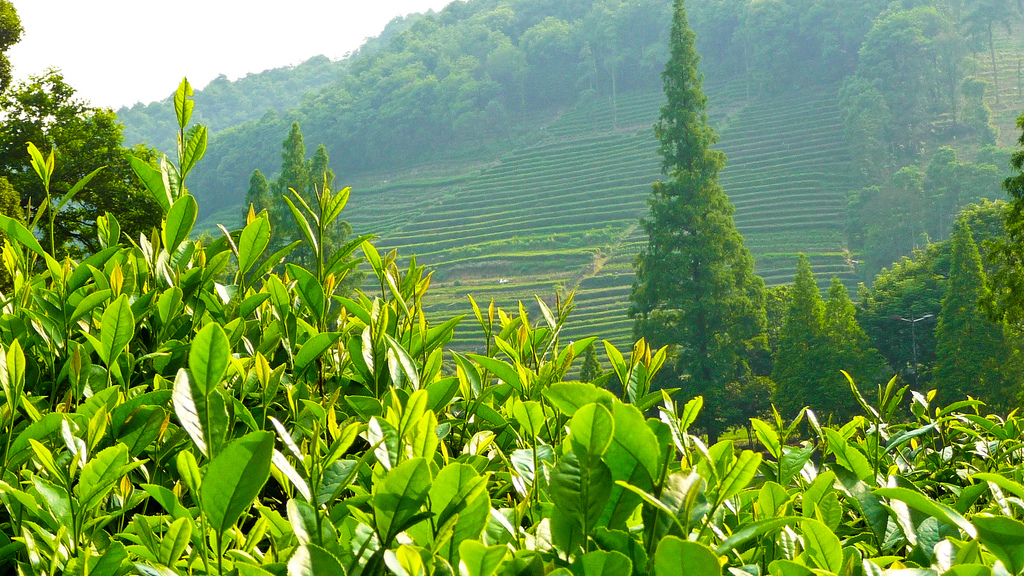 Not for all the tea in China? British firms are getting their prices right.

In a country where we are now forced to celebrate 1% growth in GDP, prospects for businesses remain tough. In the Eurozone the outlook is no brighter. The gloom is even visible from our Atlantic cousins, who yesterday lauded the 171,000 jobs created in October as the unemployment rate crept up to 7.9%. Whilst the developed world stutters, China and other developing countries enjoy impressive growth rates. It is no surprise then, that some UK companies have already started to look beyond the borders of the western world for business opportunities. Opportunities are greatest for companies that can reap the gains of the consumption boom that is starting to make its presence felt across the developing world.

As the emerging economies develop, the gains from growth are creating affluent middle classes – with an appetite for western goods. In China, the new middle class is adopting western eating habits, with a subsequent increase in demand for western products. The opportunities for British food and drink producers are tremendous; China recently usurped the US to become the world’s biggest market for food and drink shopping. This is underlined by changes in the attitudes of individual Chinese consumers. At first as their income’s increased they simply enjoyed more of their staple goods, but now some Chinese are earning enough to afford luxury goods, which UK business are more than happy to provide. Tesco appears to be leading the charge with more than 100 stores in China; Sainsbury’s and M&S not too far behind. The range of products proving a hit with Chinese consumers is intriguing, with everything from Weetabix to Tyrrells crisps to even tea flying off the shelves. Growing demand for alcohol is being exploited by British manufacturer Diageo, with the company investing heavily in China. What is clear is that the Chinese market for UK goods is far from reaching its full potential. As the affluent middle class in China and other emerging economies gets larger there will be increased opportunities for UK companies to take their products overseas and find success by taking a bite out of the growing high-end grocery market.

It’s not just an adjustment to British tastes that UK businesses can take advantage of, however. Pork producer Tulip is leading a different kind of charge with a £50m pork export deal that has recently been agreed with China. The deal takes advantage of the divergence in tastes between UK and Chinese consumers. Whilst we love bacon sandwiches, offal, tripe, trotters and ears are often snubbed by UK customers. However, these perceived unpleasant parts of the pig that are turned down in the UK, are delicacies in China. UK pork producers looking to secure future deals will benefit from the fact that China is the biggest market in the world for pork, with 50.7m tonnes consumed last year. Whilst the average Brit eats 5.1kg of pork every year, the average Chinese person enjoys a whopping 37.8kg. By tapping into this much larger market and exploiting the fact that a different culture means a preference for different parts of the pig, UK producers are onto a winner. With pork leading the way, a pathway has been cleared for companies to sell other meats to the developing world.

Opportunities are not confined to the food and drinks sector. In 2011, Pearson, a UK publisher and educational specialist increased its revenues in developing countries by 24%. Pearson and other education oriented companies are well placed to succeed in the developing world. This is because once people have enough money to feed themselves and enjoy some luxuries their thoughts usually turn to providing a high quality education for their children. The government’s of developing economies are also heavily focussing on education. Education improves the human capital of the workforce; simply put it creates workers that are better at their jobs. This is good for the government as it allows businesses to produce more or better goods and services, driving economic growth. With its well established reputation Pearson can do very well from a growing global education market. The UK has a strong and respected track record in education, with institutions like Oxford and Cambridge known and respected around the world. UK companies can use this education ‘kudos’ to gain substantial profits in the sector. Opportunities are especially prevalent in China, where the one child policy has resulted in especially high spending on offspring.

Companies like Smith and Nephew, which operate in the health care equipment and services sector have found success in emerging economies by attempting to capture the growing demand for healthcare in these regions. With developing economies lacking the institutions of the west, and the welfare state often absent, there is a strong and growing market for healthcare. Firms operating in this market are likely to be able to benefit from both the private market for healthcare and growing government involvement in the sector. As government backed hospitals are developed officials will be looking to companies such as Smith and Nephew for equipment.

From tea to pork to education to healthcare; opportunities for British companies in the developing world are substantial. There is a common cause to these booming sectors. As emerging economies develop the affluent middle classes will grow. Across the developing world more and more people are enjoying disposable incomes where previously they had none. As these newly affluent individuals look to enjoy the gains from wealth, a consumption boom is created. Whilst China has proved itself to be the best in the world at manufacturing products cheaply, it has yet to make much of a dent into the high end consumer market. Here is where opportunities for UK companies are created. The British brand remains strong worldwide, boosted by the Olympics and the Royal Family. Our businesses can benefit from brand Britain and use our advantage in high end, speciailsed goods and services to find success in the emerging world. Against the context of a gloomy domestic economy where people are tightening their belts, the prospect of a consumption boom in the far east is unsurprisingly appealing. Even beyond the BRIC (Brazil, Russia, India and China) countries which we often perceive as the main drivers of economic growth in the emerging world, growth is strong, with around one third of worldwide economic growth driven by non-BRIC developing countries. This highlights the point that UK companies should not simply focus on China, consumption booms are taking place, and will be taking place, across the developing world.

For the aspiring entrepreneur, or the stagnating British business the lesson is simple. Especially against the backdrop of a recessionary western world, but even in a developed world that is growing, the fastest and most dynamic opportunities are likely to be available in emerging countries. By broadening their horizons as Tulip did, or targeting emerging economies with a high end British good or service, UK companies can succeed. Firms that fail to take into account the developing world are likely to stagnate or fail. Firms that adopt an emerging markets focussed strategy are likely to be much more successful. Developing countries had better watch out – the British are coming!