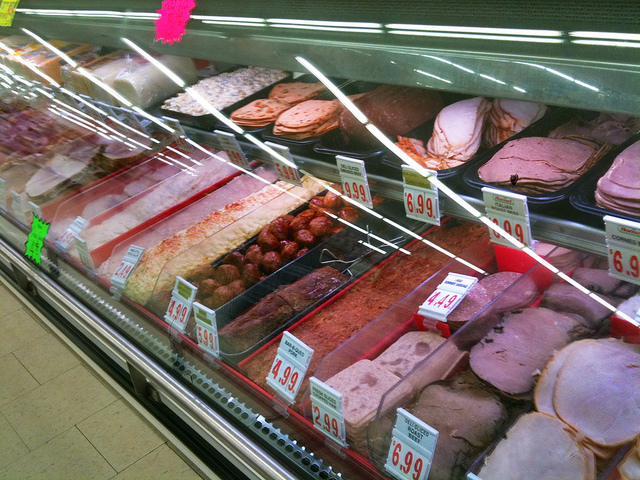 Horsemeat: could you spot the difference?

It appears that the horsemeat scandal has swept the tabloids of the nation. But two fundamental questions still linger: what does it tell us? And why should we care?

Without a doubt, the scandal has evoked mixed feelings. Certainly, the false packaging of processed foods has left many consumers feeling deceived, disgruntled and perhaps rather disturbed as to which other foodstuffs are also incorrectly labelled, or contain traces of unwelcome substances. As Hubbard rightly addresses, consumers are in no doubt that the quality of the meat in the post (Klute) Friday night kebab probably does not represent that of the highest quality butcher’s choice. One thing though is definite: with the mammoth investment into marketing to construct brand identities that represent trust and quality, for notorious firms like Bird’s Eye and McCain’s, one does not expect to discover traces of horsemeat or other somewhat curious chemicals lurking in the food.

However, perhaps these brand identities have wrongly led consumers into a false sense of security. Do we have an unwarranted faith in well-known firms? Indeed, it is widely acknowledged that the UK has entered into a third food regime (the ‘Corporate Food Regime’), symptomatic of increasing supply train complexity; largely driven by profit motivation, which involves keeping costs down, and outsourcing to find cheaper alternatives of meat. Fundamentally, it must not be forgotten that food is a commodity, bought and sold between firms, where keeping costs minimised will always be a natural priority. It seems then that this recognition is pivotal as to how the horsemeat scandal has developed. But, this is just one such example of a number of recent food epidemics each year that mirror the increasing intricacies of supply chains. In truth, concerns over food safety have only intensified, such that before the 1970s this was never of particular precedence. As Kevin Morgan suggests, “The shorter the supply chain the more transparent it is, but even then we need to regulate it”. Perhaps this leads onto the debate whether the modern food system is evolving and outpacing that of regulation.

So what are the risks of consuming horse meat? It has been claimed that the difference here is that there are none. It’s not widely known that the meat is still consumed in many European nations (Italy for one), and it is often even less recognised that the slaughtering of horses in the UK for meat is not an illegal activity. Additionally, the Food Standards Agency has found no great risks of contamination within the meat itself. So why such a fuss? Really, this is not the whole story. In recent weeks, questions have arisen as to whether the meat contains traces of bute, an anti-inflammatory drug given to horses. Of course, this has only escalated distress over an already contentious issue. But officials are clear that the overconsumption of processed meat would be more of a concern than the chemical itself. As Chris Elliott, professor of food safety and microbiology at Queen’s University Belfast, admits: “To be blunt, if your diet is made up mainly of processed foods… the real threat to your health… [will come from] the high levels of salt and fat you get in these products.”

Following this, perhaps it is rather inappropriate for this scandal to justify so much media attention, in comparison with the state of famine mortality in Ethiopia for instance, and the chronic food insecurity witnessed throughout much of the globe. Some would say it is irrational, or even thoughtless, to consider the horsemeat scandal a state of emergency at all. Whatever the opinion, it illustrates that a number of key themes have emerged. For one, it is in no doubt that the anxiety is a key to understanding changing consumer attitudes, and new shifting standards towards food that is considered suitable for human consumption in the new food order. And as demonstrated, the development of the scandal epitomises the evolving complexities within the modern food system. But for now, let’s stop horsing around and start focusing on the bigger picture.