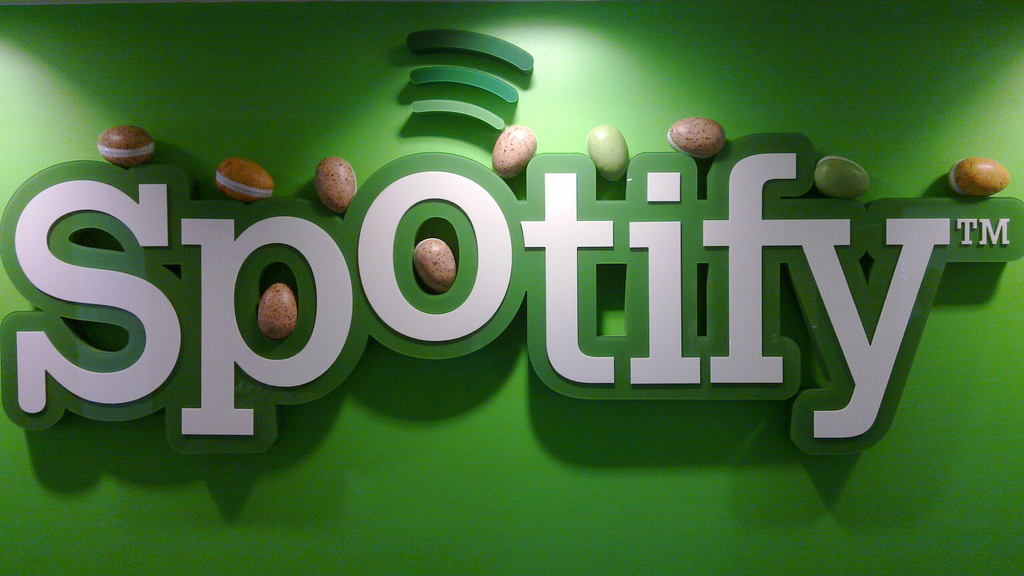 Is there money to be made in free music?

In April 2006 two men were sitting in a dark office with a broken coffee machine struggling to brainstorm ideas for a new online music service. Today they own a business valued at one billion dollars and provide a service to over ten million customers. This is the story of how they went from a flipchart in Stockholm to owning swanky offices in seven European capitals in two short years of trading, and where they’re going next.

From its launch in October 2008 Spotify presented a very attractive service to the consumer. Using Digital Rights Management technology they created a program that allowed users to stream music for free over the internet, virtually instantly, and completely legally. They took the hole left by pay-per-download services like iTunes on one hand and illegal downloads and Napster on the other and filled it with a shiny new product that was easy to use, attractive and efficient. Spotify wasn’t the first to take the streaming approach but through aggressive expansion and innovation the company has consistently been able to beat rivals such as the French Deezer and the American Grooveshark to the number one spot in Europe.

From the financial side too, the business model seems to make a lot of sense. The free service brings in revenues from both radio style advertising between songs and visual advertising all over the interface. At the same time a paid-for service, providing higher quality streaming and freedom from adverts, brings in regular subscription fees. In 2009 Spotify took £4.5m from advertising and £6.8m from subscriptions in the UK alone.

But Swedish cofounders Daniel Ek and Martin Lorentzon were far from content to sit on their laurels and from 2008 to 2011 launched a variety of changes to try to expand their market share and increase profitability. First they moved their service away from the computer and onto smartphones and iPods with the creation of the Spotify Mobile app and the option for premium users to listen to their playlists offline. Then they embraced social networking with Spotify Social, allowing users to instantly share playlists through Facebook or Twitter and even opened the possibility for playlist sharing between strangers. Later they challenged iTunes by allowing users to play their existing music collections through the Spotify application and to pay to permanently download new music.

This expansion was not without a few setbacks. In March 2009 a security flaw exposed user information to hackers, a few bands like Oasis and Led Zeppelin refused to be part of the system, and after the release of Spotify Mobile the free service had to be suspended in response to a surge in demand. However on the whole the trend seemed to be upwards and when rumours circulated that Spotify had rejected a takeover bid from Apple in September 2010 it seemed that things would only get better.

However the Spotify story is not quite as rosy as it sounds. Businesses are usually measured by their profit, but in nearly three years of trading Spotify has yet to make one. Despite an enormous valuation and revenue of £11.3m in 2010 the company made a net loss of sixteen million pounds over the financial year. How do they manage to spend that much money? The biggest cost is licensing fees to record companies, an item which accounted for €45m across Europe in 2010. Licensors expect a royalty every time one of their songs is played and with the thirteen million song Spotify music catalogue expanding by around ten thousand new tracks every day it’s not hard to work out how much that cumulatively costs. A lot.

Spotify’s solution to this cash flow problem is simple: get more non-paying users to subscribe to the paid service. Since early 2011 they’ve been cutting back the service offered for free to try to achieve this. Adverts, for example, have increased in length, frequency and insistency. Whereas previously users could ignore them by muting the computer now this automatically pauses the ad. To increase the pressure free users have been restricted to ten hours of listening per month and prevented from listening to the same song more than five times.

Spotify claims that these measures were successful. They say that between September 2010 and June 2011 the number of paying customers rose by five hundred thousand to reach 1.5 million. But what they don’t talk about is the affect limits and intrusive advertising is having on the non-paying users. You don’t have to be a psychologist to work out that people don’t like having things taken away from them that they used to get for free. “If the internet gave free back rubs, people would complain when it stopped because its thumbs were sore” was how Charlie Brooker put it in a recent column in The Guardian. There’s a range of alternatives to Spotify available online and the company is taking a huge risk in increasing its revenue at the expense of its popularity. If non-paying “customers” are unhappy there’s nothing stopping them moving to a competitor, and if the listeners go, the advertising revenue will go with them.

And that’s not the only risk they’re taking; the company’s long awaited American expansion is expected this autumn. If a loss-making operation is expanded, then logically it will make a… bigger loss? Not according to Spotify. Despite opposition from a few key record labels the London-based company is poising itself for a great leap across the Pond into an already busy, but (they hope) highly lucrative, new market.

Nevertheless, Spotify is still a great idea and clearly has great potential. With heavyweight investors like Li Ka-Shing and Northzone Ventures behind it (both also invested early in Facebook so presumably know their stuff) Spotify should make a splash in America. “What’s really exciting is that this is only the beginning,” co-founder Daniel Ek wrote on the company blog last March. He’s right that the company could be huge. But after two enormous gambles, first choosing profit over popularity then expanding into America, it could also blow up in his face. The next six months will be crucial.