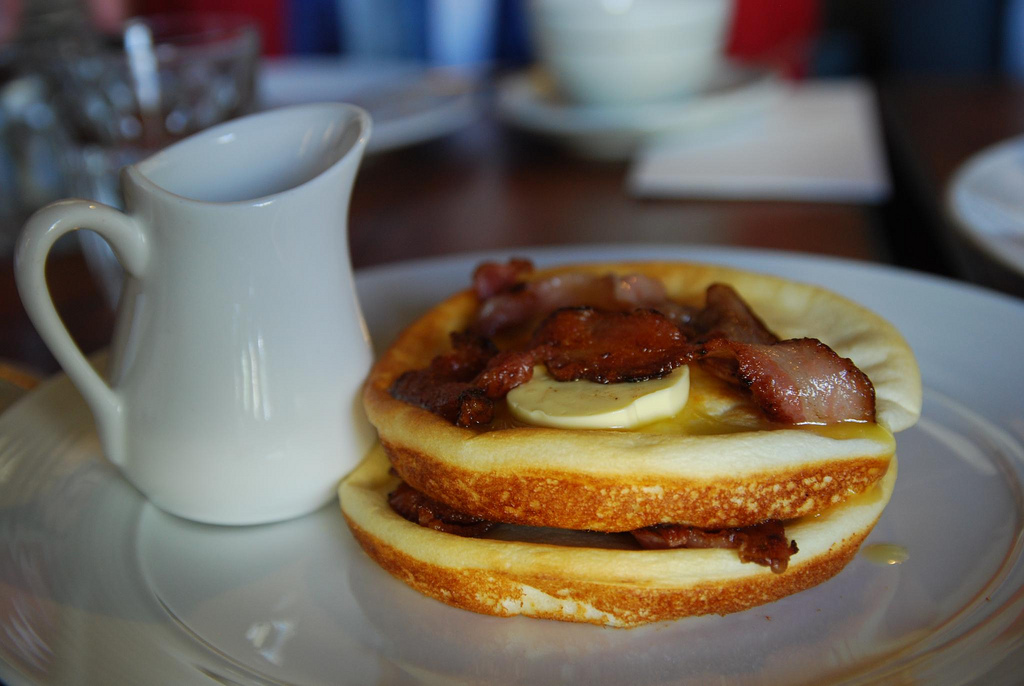 In July 2012, the Federation of Quebec Maple Syrup Producers (FPAQ) discovered that about six million gallons of maple syrup – worth about 18 million – had been stolen from the province’s ‘strategic maple syrup reserve.’ The syrup was stolen over a one-year period between 2011 and 2012 from a warehouse in St.-Louis-de-Blandford, where the thieves were renting an adjacent storage space. The thieves drove large trucks into the building and gradually emptied syrup barrels, proceeding to sell the syrup in neighbouring provinces and states. Their work was discovered in July, when inspectors noticed a few empty barrels.

The three men who sold the syrup were arrested in December and charged with conspiracy, theft, receiving stolen goods and fraud. Since the initial allegations, 23 people have been charged and are facing trial in Trois-Rivières. Provincial police have interviewed nearly 300 people in Quebec, New Brunswick, Ontario, and the northern United States.

The news that millions of dollars worth of maple syrup were stolen from a Quebec warehouse has understandably prompted a borderline hysteric media response. But beyond the many puns, the crime highlights the dark goings-on of the maple syrup industry.

Historically, Quebec produces about 80% of the world’s favourite pancake-topper. The province is, in effect, the Saudi Arabia of maple syrup. FPAQ is the OPEC: both maintain cartels to keep the prices of their rare and sought-after goods relatively stable. Since 1989, the FPAQ has legally regulated syrup supply to keep prices stable, setting aside syrup in the ‘strategic maple syrup reserve’ in good years and releasing it in bad years. Indeed, the production of maple syrup varies drastically from one year to another as it is highly dependent on the weather. For instance, relatively little syrup was produced between 2005–2008. From 2009 to 2012, however, syrup production increased, setting the perfect scene for the large-scale theft of last year.

Upon close examination, the 18 million theft is only the latest in a decade-long history of illicit activity involving maple syrup. In 2002, the Federation of Quebec Maple Syrup Producers introduced quotas and a single sale agency. Supply management was implemented in the name of ensuring producers were getting a ‘fair’ price for their product, and prices have predictably climbed as a result. Ever since, a thriving black market has developed. The thieves arrested this December were only a few among many seeking a full price on the open market. They sold the sticky stuff in New Brunswick, Ontario, Vermont and New Hampshire, Canadian provinces and American states with open, smaller, maple syrup industries.

The work of those arrested this December is simply one demonstration of the failure of a cartel without closed borders. Benoit Girouard, president of a Quebec farmers’ union called Union paysanne, told the National Post that the province’s market control is backfiring. He said that “for supply management to work, there have to be closed borders.” Syrup, however, enjoys a free market everywhere but in Quebec. Indeed, the province is seeing its portion of world syrup supply decrease, slipping from 80% in 2002 to 76% in 2012. The slip is primarily due to the undercutting of Quebec’s prices by American producers, who view Quebec’s tight grip on the industry as a prime business opportunity.

FPAQ’s website gives the rationale for its market control: “measures that were implemented have ensured that the highest number of companies remain in business, that profits are maximized, and that the industry minimize its need for government assistance.” The FPAQ holds that the measures were enforced because the previous free market structure “drove down revenue for producers, reduced the number of operating businesses, consolidated the remaining companies, and undermined the vitality of rural municipalities of Quebec.”

For many producers, however, the federation’s regulation goes too far, as seen in cases put before the Régie des marchés agricoles et alimentaires, the tribunal that enforces the laws of the maple syrup industry. Tactics used by the FPAQ include phony illegal syrup deals to ensnare lawbreakers or the acquisition of utility bills and bank statements if producers are accused of selling syrup outside the approved market. Hans Mercier, a Québécois lawyer, defends 20 maple syrup producers against FPAQ. In an interview with the National Post, he said that producers “feel more like they’re dealing with a police force than a union representing them.”

Investigations of the large-scale theft continue. This month, Vermont’s Maple Grove syrup company, which allegedly bought some of last years’ illicitly sold syrup, is being considered by the FPAQ to be thrown off its list of approved buyers. The price charged by Maple Grove was well below the minimum set by the sales rules of the FPAQ. With this in mind, it does not seem like Quebec will relinquish its grip on the syrup market any time soon.