Project Merlin: Conjuring up a solution 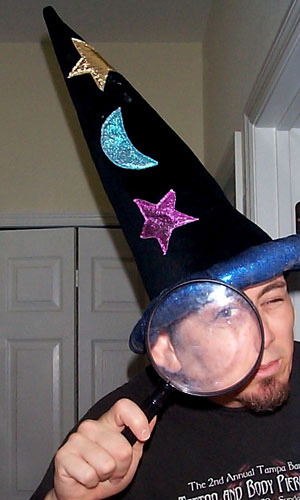 Is Project Merlin as magical as it sounds?

The name “Project Merlin” would appear to suggest that the government has abandoned its plans to fix the country using conventional measures, instead placing its faith in a magic wand and hoping an exuberant cry of “Reparo!” will do the trick. Although the project’s actual plan – to strike a peace deal with the banking sector – is rather more realistic, the government still has some way to go in convincing the nation that their proposals will be any more effective than simply waiting for Harry Potter to save the day.

Project Merlin is a peace deal cooked up by the coalition government to coerce the UK’s biggest banks to resume lending to small businesses, rein in excessive employee bonuses and increase transparency. It is the government’s attempt to repair its fragile relationship with the City and alleviate the public outrage surrounding the banks’ role in the financial crisis.

However, rather than being optimistically named after the famous wizard of Arthurian legend as many previously assumed, “Project Merlin” actually refers to the UK’s smallest bird of prey. Merlins are predators renowned for fiercely attacking anything that moves. The fact that this is supposed to reflect a peace pact is worrying to say the least.

Nonetheless, Chancellor George Osborne has placed his faith in the project, claiming that it is a necessary step in order to move from retribution of the banks to economic recovery. The government has managed to persuade the country’s biggest banks – the “Big Four” comprising Barclays, HSBC, Royal Bank of Scotland and Lloyds Banking Group, along with Santander – to agree to lend £190 billion to UK businesses this year. £76 billion will be set aside for small and medium-sized enterprises (SMEs), which is £10 billion more than in 2010. In addition, they have pledged to invest £1 billion of extra funding in the Business Growth Fund, which will support SMEs by providing additional investment. £200 million will also be added to David Cameron’s Big Society Bank, which aims to finance regional community initiatives.

Convincing the banks to begin lending to businesses again is essential to get the economy moving, so it is only fair to grant the government some brownie points for ensuring a formal target and additional funding for its new initiatives. However, being the government, they were never going to escape criticism in spite of their efforts. The investments in the Business Growth Fund and Big Society Bank have been accused of being too small to make any real difference to the economy. As for the aim to lend £190 billion to businesses this year, although ostensibly an appropriate target, it is only a gross target; once repayments of existing loans are taken into account, net lending may not increase and could even fall. Moreover, banks promise only to lend when there is sufficient demand from high-quality borrowers. In reality, the amount that banks lend may be well below target. Better than nothing perhaps, but it’s still not quite good enough.

With regard to the more contentious issue of bankers’ bonuses, it looks like the government has given into the banks’ wheedling. It appears they have managed to hoodwink the government into allowing them to continue paying huge pay packets to their employees in the name of competitiveness. All that the “Big Four” banks have promised is to keep the total bonuses for UK staff lower than in 2010 – not including fixed salaries, which may rise as a result. They argue that if the UK were the only country to impose restrictions on bonuses, they would lose their best employees to overseas rivals. All good news for the future investment bankers of Durham of course, but the general public may not see it that way. Alleviating “banker bashing” will not be possible if the banks simply go back to their old ways.

The banks have, however, agreed to disclose the pay packages of the five highest-paid executives outside of the board (but without naming them for fear of a public backlash). These measures will be toughened from 2012 onwards when all big banks in the UK – as well as their overseas subsidiaries – will be forced to publish the pay details of the eight highest-paid executives below board-level. With these proposals, George Osborne believes that he is creating the “toughest and most transparent pay regime of any major financial centre in the world”. It certainly sounds impressive, but considering the secrecy surrounding the remuneration schemes of financial institutions worldwide it does not amount to much. The banks will still be able to hide the pay packages of their “star traders” who often earn several times the amount of their managers in the range of the tens of millions of pounds, which, if revealed to the public, would undoubtedly reignite widespread anger.

It is undeniably difficult to reconcile the demands of the City, the public and the wider economy. Project Merlin may be a step in the right direction with its attempts to kickstart lending, curb the bonus culture and improve transparency. But there is a long way to go before the economy regains full momentum and the public recovers trust in the banking sector. The issues facing the government in the wake of the financial crisis are not going to be solved quickly with any amount of pixie dust (or, for that matter, carnivorous birds). We shall just have to hope that future reforms are a bit more magical.