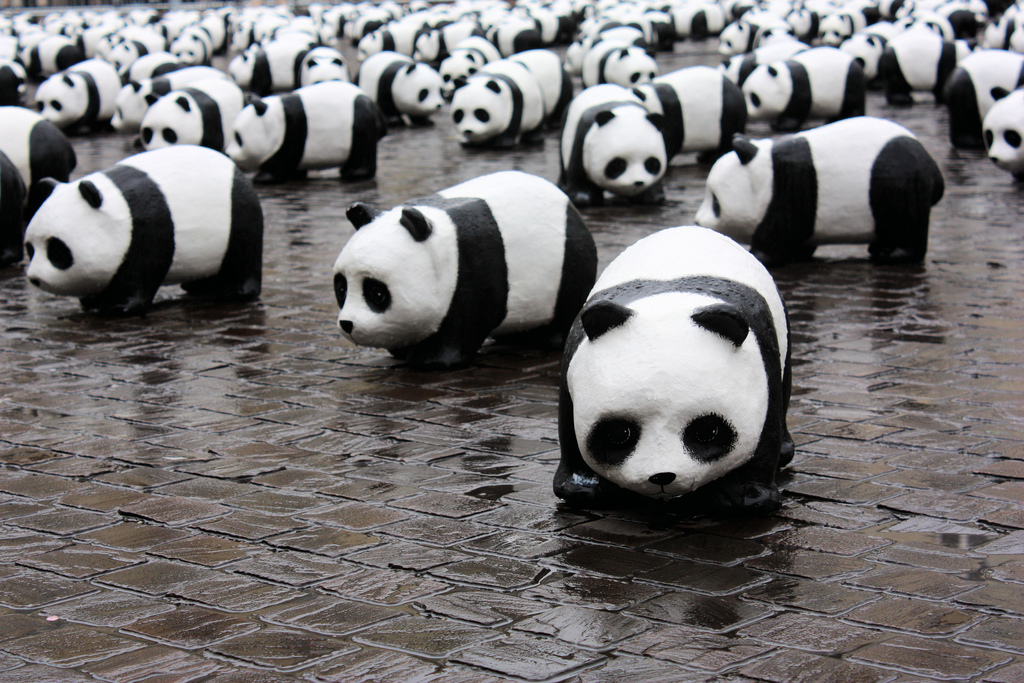 The giant panda is internationally revered as a symbol of environmentalism and for its cuddly appeal; nobody with a heart could ever aspire to its extinction. However, in recent decades, the protection of the panda has been questioned as part of a wider debate concerning the correct allocation of conservation resources. With about a quarter of all mammals and a third of amphibians in the world endangered due to habitat destruction, many argue that the protection of entire ecosystems is more important than the preservation of any single species. At the most fundamental level, the question of the continuing existence of the panda is an economic one: society has a limited amount of resources it can allocate towards natural conservation, and pragmatic choices must be made about how this should be done.

On the surface, the environmental and economic situation of pandas seems to dig the species’ grave: pandas are both an evolutionary cul-de-sac and incredibly expensive to maintain. According to WWF, there are around 1,600 giant pandas remaining in the wild. Although they belong to the order of carnivora, their diet is composed of 99% bamboo. Bamboo provides little energy and little protein to the panda; it takes a long time to eat and digest an herbivore’s diet with the digestive system of a carnivore. To preserve their energy, pandas avoid social contact, especially mating. Sex drive is even lower in captive-bred pandas, who have a reproductive rate of once every two years. Until recently, pandas in captivity would not reproduce at all – scientists dabbled in various techniques ranging from artificial insemination, Viagra and ‘panda porn’ to achieve results. Evidently, this research is expensive. Furthermore, pandas themselves are only available to countries on loan from the Chinese government for a maximum of ten years at 1 million US dollars per year per panda. Would this time, effort and money not be better allocated towards the maintenance of biodiversity hotspots? Any purely rational person would agree that this is the case.

However, humans are not purely rational and neither are the choices we make – and pandas are adorable. Most individuals would support the continued existence of pandas due to their charismatic nature; two principles of behavioural economics demonstrate how. To begin, the endowment effect, which hypothesizes that people place a higher value on an object they own than an identical object they do not, explains the irreplaceable value associated with the giant panda. In this way, if our society were presented with a mythical creature of equal cuteness to the panda, then we would probably not value it at the same price currently spent on maintaining the giant panda. The second concept is that of loss aversion, which states that people tend to prefer avoiding losses to acquiring gains. For example, if a person loses 100, he will lose more satisfaction compared to another person’s satisfaction increase over an unexpected gain of 100. In this way, the loss of satisfaction associated with the extinction of the panda would be higher than the gain in satisfaction due to the sudden acquisition of a new, and equally adorable, species.

So is our tendency to make irrational decisions, combined with the irresistible charm of the giant panda, causing us to waste our efforts? Surely the conservation of the panda is not carried out purely to satisfy society’s sense of ownership and attachment towards these adorable giants. Another economic explanation, the willingness to pay (WTP), shows that panda preservation can lead to the upkeep of its natural habitat and therefore of an entire ecosystem. The WTP is the maximum amount a person would be willing to pay in order to receive a good or to avoid something undesired: in this case, the amount a person would be willing to pay to keep a panda alive. In a 2003 study conducted by UCL, the WTP for the conservation of a panda was observed for the species in captivity, in the wild, and for its ecosystem alone (without the panda itself). The WTP for pandas in the wild was significantly higher than that of pandas in captivity, demonstrating that funding for pandas can provide support for the maintenance of an entire ecosystem. Lastly, the WTP dropped to zero when the probability of survival of the panda in the wild was low. The WTP for panda habitat would therefore be non-existent were the panda to go extinct. Not only is the giant panda a potential instrument for the conservation of the mountain ranges of central China, it is a necessary one.

The giant panda is only one example of a ‘flagship species’ – a famous, endangered species representing a specific region. Flagship species are useful in protecting a large area encompassing many smaller animals who otherwise would not receive the attention they need to survive. However, most biodiversity hotspots, which are in dire need of conservation efforts to ensure long-term environmental sustainability, are not inhabited by flagship species. Luckily, the habitat of the giant panda is shared by other endangered species such as the red panda, the golden monkey, and various birds. However, the conservation of this hotspot is merely a bi-product of society’s WTP for the preservation of its beloved panda. Perhaps the flagship approach to biodiversity conservation should be discarded. But can endangered species such as the Chinese pangolin, which resembles an anteater covered with scales made of hair, compete with the undeniable appeal of lions, tigers and penguins under the rules of behavioural economics? One can only hope that new flagship species will be adopted to represent areas most in need of conservation.