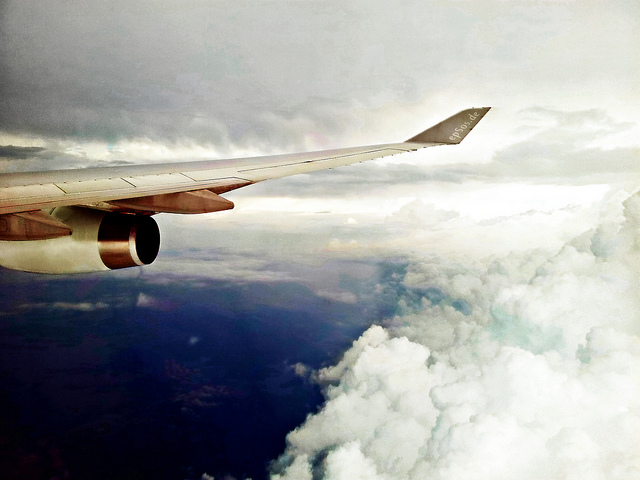 Ryanair, Ireland’s infamous budget airline, found itself in hot water last month when it charged the grieving Muhammad Taufiq Al Sattar £158 to change his booking home, following the loss of his wife and three children in an arson attack on his Leicester home. Even for a company known for its cost-cutting and indifference to customer service, this struck the media and the public as a step too far; as an offensive and tasteless act.

The low-cost airline was formed in 1985 in Ireland, shaking up the industry with its prices, which were far lower than those of British Airways – the long-time flag-carrier for UK air travel. The business model revolved around the selling off low ticket prices, which were stressed in advertisements and in the airports. But in reality, the extra charges and upgrade option made the final booking price much higher than the initial figures which drew customers in. The company has come under attack in the past, since a number of these charges are recorded as ‘optional’, but in reality, are unavoidable. These have included charging for the use of a debit or credit card online, and generic ‘administration fees’, levied per person, per flight. Other significant charges are imposed for services, which many travellers would expect to receive as standard, for instance, checked baggage and reserving a seat pre-flight.

Despite this, the business has been immensely successful, and was certainly one of the beneficiaries of airline deregulation in 1997. EU membership eliminated many of the barriers to intra-Europe travel, and the increasing number of countries in the union has led to greater choice for passengers travelling around the continent, without the need for a visa, or any other travel permit. Ryanair continues to establish new hubs across Europe, and with improving transport networks inside these countries, the airline can locate itself miles from the capital, or major cities, where other airlines traditionally established themselves, benefiting from much lower airport fees. These savings, or ‘producer surplus’, can be redirected to customers, in the form of lower prices, which competing firms did not have the capacity to match without reducing the quality of the service. Prices were driven down further by competition from Easyjet, and other budget airlines, which lead to greater advertisement by Ryanair, characterised by the distinctive bright blue and yellow colour scheme, which sets their fleet of planes apart from the rest.

The company went from strength to strength in its younger years, thriving off publicity from the charismatic Michael O’Leary, whose leadership style, although not without its critics, was one of the defining features of the company. His quotes, whilst frequently controversial, could fill an entire article, as he spoke openly about his business plan to drive fares as low as possible.

O’Leary would love fares to be close to zero, and have the additional revenue come from numerous streams: car hires, hotel bookings, on-board refreshments, and so on. In his eyes, cost is king, where money talks, less so the customer experience. This attitude served Ryanair well through the recession, and led to profits increasing by over two hundred percent from 2009 to 2010. Earnings per share increased by a similarly impressive amount, making the company one of the most resilient to the recession.

But the question is, will this attitude serve the company as well in the future? As economic recovery begins to take effect, we would expect customers to be less penny-pinching than before. Will Ryanair suffer as a result of passengers returning to more ‘reliable’ airlines? News and evidence are mixed here. Revenue and passenger numbers continue to grow year-on-year, with just under eighty million passengers travelling with Ryanair in 2013. The company has experienced phenomenal performance on the financial reports, but has had to issue a profit warning this month, leading to a fall in share price of over thirteen percent.

More recently, Michael O’Leary has admitted that he must step down from the public eye of the company, declaring “I’m getting in the way.” What exactly he is in the way of is not clear. He has been at the public forefront of the company for two decades. It was O’Leary’s decision to push this business approach. It would seem then, that he is suggesting that his reputation with the public is hindering customer relations, to the extent where reducing the fares will not be enough for the future. O’Leary will continue to remain chief executive, however.

Over the twenty years that O’Leary has fronted this company, he has certainly made some of the most sweeping changes, and arguably controversial statements of any executives in the industry, earning both respect and resentment in equal measure. By focusing ruthlessly on profit, growth and fare-cutting, Ryanair has watched passenger numbers and revenue take-off. Love, or hate Ryanair, this fact cannot be doubted.