Microfinance: Cracks in the Perfect Marriage of Profit and Philanthropy? 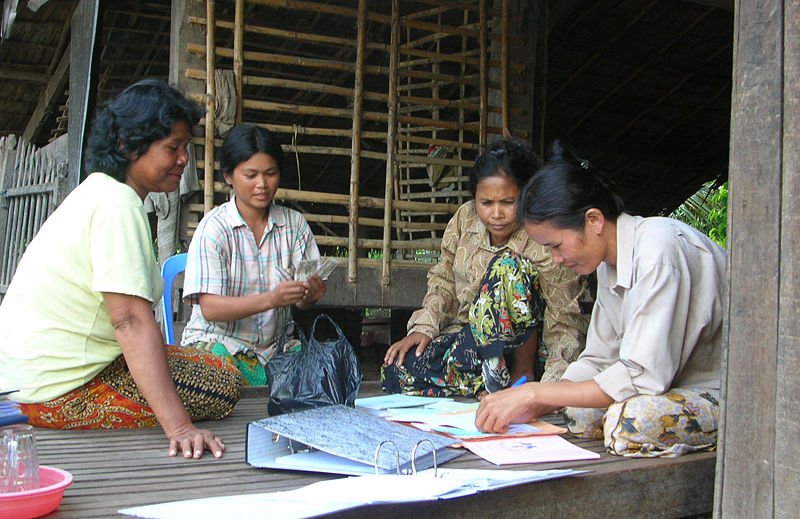 In a world where our televisions and radios continually bleat that we should browse Moneysupermarket.com, or take out an unsecured personal loan with Ocean Finance, it can be alarmingly easy to dismiss the difficulties of raising credit. Taking banking services for granted, and even blaming them for most of life’s problems, is a straightforward and immensely satisfying outlook. Nevertheless, the fact remains that everybody needs credit, and financial services have not always extended to the destitute. An underdeveloped financial system is a severe blow to less developed nations, and to heal this blow, we look to the smallest and most sensitive hands. The microfinance revolution has been hailed as the indispensable spark of hope in financial development, but offering financial services targeted towards the low-income sector faces many problems. Theoretically, this humanitarian service of converting poverty into economic opportunity without exploitation would, for example, solve the primary problem of finding affordable credit in the most destitute village communities of the Indian Subcontinent. But does microfinance merely represent an impossibly idealised Utilitarian quest, to successfully unite the needs of the poverty-stricken and the desires of the bank? Profit and philanthropy certainly make a pretty pair, but like any other marriage there are underlying cracks, for which hard work is required to smooth things over. And in failure, the dependent child of this marriage − financial development and equality − will undoubtedly suffer the most.

Microfinance is primarily defined as the provision of very small loans, to assist the growth of productive activity of villages in developing nations. The term is used by the Asian Development Bank (ADB) to describe any provision of small-scale financial services to impoverished sectors. This may include a broader range of services, such as credit, savings and deposits, and insurance – all of which involve many platforms and models that allow for small transactions, and little or no collaterals needed for loans. The much-publicised, core model of loan provision is underpinned by the idea that credit should be a human right. Mohammed Yunus, who pioneered the microfinance revolution with his highly successful venture Grameen Bank, proposed that if financial resources were available to all (not just those who afford the collateral), “these millions of small people with their millions of small pursuits can add up to create the biggest development wonder.”

Yunus’ 2006 elevation to Nobel Peace Laureate is a mark of success and appreciation for the level of trust he put into the psychology and community culture of South Asian villages. Without collateral to cover transactions costs, what appears to be a series of unfeasibly high-risk ventures can still be a dependable and sustainable business model, Yunus argued. Instead of assessing credit-ratings, faith is placed in collective liability, where community peer-pressure, moral obligation, and trust ensure the loan plus interest is repaid. If one successful borrower completes the contract, the next hopeful in the community will obtain their loan. The Grameen model particularly emphasises the efficient role of female psychology (rather, that of mothers) in village communities, to inflate and utilise their immeasurable fear of defaulting the loan and causing their children to be nailed further into the coffin of poverty than lifted out of it. Grameen has inspired thousands of similar institutions worldwide. 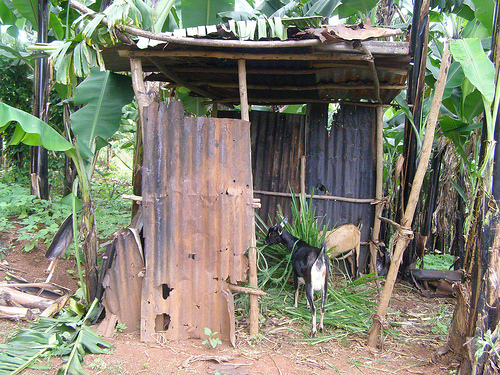 The goat shed of a Rwandan farm cooperative funded by microfinance

However, microfinance institutions (MFIs) have come under scathing attack recently, as interest rates have soared to levels comparable to those of informal village moneylenders, while repayment rates plummet. Meanwhile, wider social concerns encircle these issues, and prey upon local governments and regulating bodies; while micro-lending certainly indicates progress, clearly no miracle cure has been discovered. Indeed, in the Indian state of Andhra Pradesh, where microfinance culture has been deeply ingrained, the state government considers coercive MFI activity responsible for a recent string of 57 female suicides. Inevitably, microfinance in Andhra Pradesh has duly grinded to a deafening halt, and drawn the whole industry further into the firing line. The parallel question of whether microfinance is subject to the subprime crisis remains unanswered; Women’s World Banking claims over-indebtedness is a major issue, as the sector growth accelerates. Meanwhile, micro-borrowers bear greater debt burdens by not always claiming real wages for their labour from business profits. Ultimately, no amount of faith, trust or community ethics would provide information-sharing like a credit bureau would, and larger MFIs are working to limit total lending per individual. Conversely, sharing credit information substantially undermines the level of trust that MFIs supposedly operate on, while as the sector grows, local politicians find provision of rural credit an ineffective means of gaining political leverage. Prior to the development of MFIs, the power of finance provision greatly benefited their political careers.

Microfinance operates on high interest rates: an issue also heavily criticised, as it radically limits the clientele of MFIs to those who can afford the repayment structure. Typically, interest rates reflect the high transaction and recovery costs of banking provision in remote villages – anything from 30% to claims of 100%, but these are still regularly dwarfed by those of traditional moneylenders. Critics, such as UN Senior Economist Abdur Chowdhury claim that, while we might defend high interest rates as the only incentive for profit-seeking banks to enter the micro-market, such rates are severely detrimental to the notion that micro-loans are more cost-effective than commercial loans. Moreover where interest rates are lower, Chowdhury cites the influence of implicit government subsidisation of MFIs, which has its own social opportunity costs. For example, where public funds might provide education or health services, they find a cosier spot in a banker’s pocket. Arguably, in such cases philanthropy would indeed give way to profit, making it not a marriage, but a game of tug-of-war.

Where then, is the overall impact of the microfinance “revolution”? There have been two recent random-sample studies testing the impact of entrepreneurial activity among borrowers and non-borrowers, and neither was found to actively reduce poverty. One of these provocative studies found that positive impacts on health, education and gender equality was limited to those above the poverty line, while the other had no discernible statistical impact at all. Mind-boggling contribution does not look promising. Of course, income is not solely determined by availability of credit; we must consider other co-requisite factors, like entrepreneurial skill – which is in turn dependent on basic education, experience, and level of risk-aversion. This is indicative of the fact that microfinance does not lend itself – excuse the pun – to the poorest of poor; yet this is conceded by even the most prominent proponents of the cause, including Yunus himself. MFIs have already begun providing skill-building courses for borrowers, to counter this cause of loan-default.

Theoretically, microfinance can work well, and does exhibit the potential to better the lives of many – often in immeasurable ways. Certainly, short-term consumption can be smoothed, which influences long-run productivity; MFIs themselves have created mass employment. Ideologically, even, Chowdhury describes microfinance as “democratizing” the credit markets, creating an empowering effect. However, in practice, underlying sub-prime issues and high interest rates can diminish the overall positive impact of microfinance – and even negatively affect borrowers. Sustainability of this massive expansion depends on diligent screening of borrowers, provision of necessary entrepreneurial skill-sets, and using interest rates as a means of provision rather than an incentive to provide. These steps might allow for the philanthropic ideals and profit-making incentives to happily coexist in modern microfinance; we must exercise restraint of opportunistic behaviour, which violates the hope, self-esteem, and optimism that lie at the heart of this marriage.