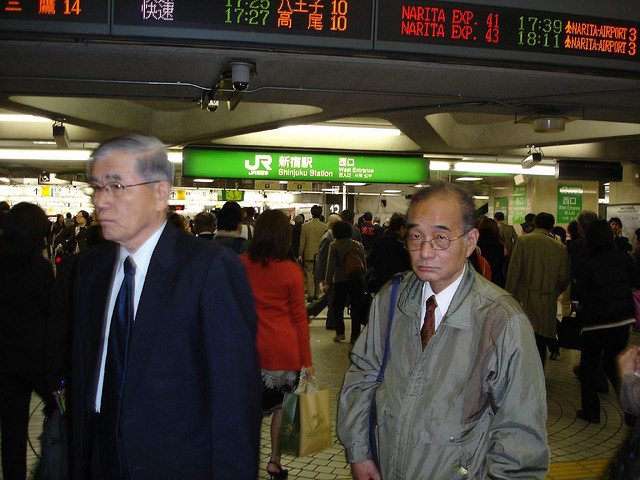 In economic terms, Japan is often seen as a cautionary tale. Held up before the 1990’s as a model of strong economic performance, its singular failure to recover over the two decades since the East Asian recession has seen two ‘lost decades’, and has resulted in its present economic reputation as laboured and struggling. Japan’s economy, once characterised by its dynamism, vitality and creativity, is these days largely viewed critically. The economic landscape, which saw after World War Two high growth rates, (latterly) rocketing living standards, copious investment at home and abroad, and a phenomenal rate of technological advancement, is today barren, populated by ‘zombie firms’, timid investors, and cursed with an unprecedented, and pervasive, lethargy. Pride has been lost. South Korea, for so long the poor relation, is set to overtake Japan in terms of GDP by 2030.

This is far more serious that it may appear. The seventeen years between now and then is, after all, a long time. In 1945, Japan faced a long, hard road – yet, within five years, the Korean War had broken out and US procurement spending had set the Japanese economy on a reasonably smooth road to recovery. However, the signs are not good for the Japanese. Fear is one enemy. Low asset prices, worries over job security, insolvent banks and inefficient corporations dog Japan and have hurt consumer confidence, so that a demand-led recovery seems deeply unlikely to eventuate. Firms, “already stuffed with cash”, according to The Economist, are not bothering to invest. Unsuccessful policies by the government and the banks, for example an ill-fated round of quantitative easing in 2000–01, have also played a part.

This aside, though, there is one obstacle that Japan faces that is nearly impossible to rectify, and yet is arguably the greatest existing threat to its future prosperity. It is simply a matter of demographics. Japan is getting old.

The Japanese life expectancy is the highest in the world. On average, a Japanese adult lives until the age of 82. According to medical experts, it can be put down to a number of factors: a culture of hygiene, healthy diet, high educational standards, social equality, and excellent public health and disease-control. Barring the odd natural disaster, being Japanese is good for your health. While this sounds like a good thing, in actuality it promises, in the long run, more harm than good.

In 2011, 23% of Japan’s population was over 65. By 2050, this proportion will grow to 40%. Combined with Japan’s low fertility rate, this will mean that, by this time, Japan will shrink from a nation of 127 million to one of merely 95 million. This will, of course, have implications regarding economic growth, as a shrinking labour force will not only produce less but will be charged with meeting the costs of looking after the growing dependent population. Pension costs, as well as age-related expenditure in the fields of healthcare and transport, will burden the Japanese worker immensely. The shrinking tax revenue will hurt the government. Social security expenditure doubled between 1990 and 2010, and is set to increase further. That sounds appealing; but social security expenditure does not benefit the economy when its recipients are unproductive. Japan’s pensioners are reaping the reward they deserve after a lifetime of work, but at a significant cost to those in work.

Naturally, the government will look to the workforce to make up the shortfall. The Japanese worker is statistically and historically one of the world’s most obedient. Self-sacrifice is ingrained in their cultural self-perception. But as hours get longer, and the work more arduous and less remunerative, who is to say that Japanese labour relations will not take on a more antagonistic character?

As the cost of living in Japan’s geriatric society increases, the Japanese will be forced to abandon something that contributed enormously to their initial growth – personal saving. During the 1970s and 80s, the Japanese saved between 15 and 25% of household income. Between 1997 and 2007, the average household saving rate declined from 11.4% to just 2.2%. Disposable income has been largely stagnant for the best part of a decade, resulting in existing savings’ depletion. When current earners retire, they will not have sufficient savings for their retirement, making them even more dependent on state handouts. The Japanese worker’s real wages will not only decrease, but they will not have the traditional Japanese safety net of savings. This may well have an effect on labour relations: the Japanese worker has historically been assured that his short-term sacrifice is justified by long-term gain. Without such an incentive structure in place, however, it is unclear how Japan’s intellectual approach to labour can persist.

Making things worse is the current vogue for political short-termism. The elderly do not appreciate taxation or benefit cuts, despite the positive effect it might have on long-term growth. Electoral pressures prevent the government from forcing the issue. Given Japan’s demographic structure, appeasing the elderly is more-or-less compulsory. The younger generation, who would benefit from tax or social-security reform, are not numerous enough to counteract the political special interests of the elderly.

Aside from tax reform or benefit reform, the government could make its immigration policy more liberal, in order increase the labour supply. This would be controversial. Many ethnic Koreans, present in Japan for generations, are still perceived as second-class citizens, and recent territorial tensions with China have stirred up a nationalist undercurrent, which, in straitened economic circumstances, is so often a fall-back position. When traditional sources of pride – prosperity, living standards, social harmony – fall away, others must take its place. Local politicians with ultra-nationalist tendencies are already making electoral headway in critical regions.

There also exists a sense of structural pessimism. Businesses and citizens hold onto whatever meagre advantages they can, as there is no confidence things will improve. The situation worsened further in 2011, with the Tohoku earthquake and tsunami disrupting communications and transport, threatening the financial system via bankruptcies and lost profits, and contributing to Japan’s overall existential malaise.

The government has displayed intent in looking to raise the retirement age to 65 in 2013, and a bill to that effect has passed Japan’s lower house. It is questionable, though, how much effect that will have. It may be that it prevents the younger generation finding jobs, as corporations keep the current crop of conservative managers in place of recruiting younger, more vigorous employees.

With imminently declining prosperity and living standards, it is suggested that Japan may lose its position at the top of world life-expectancy rankings, as public money and thus health provision ebbs away. There is a danger that drinking, smoking and suicide – all are on the rise in Japan – take hold of an underpaid, overworked and increasingly disincentivised younger generation. Japan, both in terms of economy and society, has long been seen as one of the post-war world’s greatest success stories. In recent years this success has stalled somewhat, but could Japan be losing its way entirely?