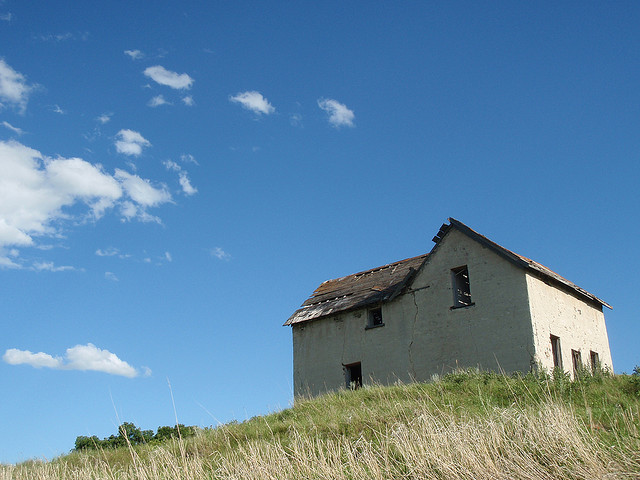 Is insurance an economically rational decision?

The insurance market is one that quite easily baffles the average consumer in modern day society. Adverts for many different kinds of insurance bombard us from all angles showing just how competitive this multi-billion pound industry is. In this article I attempt to turn the industry on its head and ask the question: Is insurance actually necessary at all? Is the market for insurance justifiably logical or is it in fact a flawed market?

As an economist, I feel that the insurance market by definition would not exist if every consumer thought rationally. Why is this? Because the simple fact that the market exists with firms making (in many cases very high) profits shows the consumer that by purchasing insurance, they are more likely to make a net loss than a net gain. To show this I will create a very simple model using a single consumer who is faced with the choice of purchasing insurance, or not.

In this example, Mr X is a rational thinking consumer who has £100,000 worth of assets in his lifetime from the age of 20 to 80. Throughout the 60 years there is a 10% chance that all of his assets will be destroyed by various different forces of nature. There are no other forms of risk to his assets (in terms of repairs etc). If he chooses to, Mr X could purchase insurance at what seems to be a reasonable rate of £250 per year. The insurance company will then fully replace all £100,000 worth of assets should they be destroyed. Throughout the 60 years Mr X would therefore pay the insurance company a total of £15,000.

Alternatively Mr X can choose not to purchase the insurance and take the risk upon himself to replace the assets, should they be destroyed. Using a weighted cost of this risk we can conclude the price of doing this to be (10% x 100,000) £10,000, £5,000 cheaper than taking out the insurance. However, £100,000 is a lot of money to Mr X. An amount we assume he does not have sitting in a savings account somewhere. He would therefore have to borrow from the bank at a typical 5% interest rate to fund replacing his assets. Raising the cost to Mr X of replacing his assets to £105,000, and the weighted cost to £10,500, still £4,500 under taking out insurance.

Clearly this model is very simplistic, and the figures are pulled out of thin air. It also makes many assumptions such as a bank that is willing to loan the quite large sum of money required to replace the assets upon request, Mr X knowing the exact chance that his assets will be destroyed, and the static values of his assets over the 60 year period to mention a few. We can however be sure that the insurance company would charge at least £200 per annum (almost certainly more to cover other costs) because otherwise on average they would make a loss per customer. Meaning Mr X will on average be better off not purchasing the insurance. The model therefore proves that consumers should at least consider the logic behind purchasing insurance before doing so.

Furthermore, insurance companies don’t simply charge the same rate of interest between customers. They will aim to maximise their own profits by discriminating between their customers and charging different prices to different customers for the same product. We all know that if we make a claim from our car insurer then it is very likely that they will charge a higher premium in the future for the same level of cover. This has two impacts. Firstly, customers are less likely to claim from the insurer if they can cover the cost themselves, which weakens the argument for having insurance in the first place. Secondly, the fact that insurance firms will charge higher prices after a claim increases the average cost of having insurance due to the chance of having to pay higher rates from making a claim.

As a consumer you represent a near negligible portion of the insurance companies business. The law of large numbers allows insurance companies to predict the risk % figure of their average customer very accurately. Whilst a consumer (in the example) will find they either do or don’t lose their assets. In real life however a consumer will generally take out many insurance policies over their lifetime. If a consumer chose to never purchase insurance, then theoretically the costs of covering any damages/losses to individual assets would be offset by the insurance they would have paid on all their assets combined.

Thus far I have also only spoken in positive (factual) economic terms. The normative side of the argument could propose that consumers gain peace of mind and confidence from the knowledge that they will not be financially less well-off if their property is damaged/lost. Although this is likely to cause consumers to be more care free with their property, which, in general, has negative effects.

One of the biggest examples of the negative effects of insurance is the recent financial crisis. The root cause of the crisis was the fact that banks were willing to lend to un-creditworthy house buyers and then pay investors a fee to take on the liability if the customer didn’t pay. This effectively meant investors were providing insurance to the banks. Meaning the banks loaned money in a far more carefree manner compared to a situation where they would be taking the risk on themselves. The banks therefore loaned to un-creditworthy customers, which started the snowball that grew into the financial crisis.

Insurance does create positive effects in terms of protection from 3rd party damages. Many of us would perhaps choose not to drive if car insurance wasn’t a legal requirement. It would mean the possibility of having an accident completely at the fault of another party, and yet having to fully cover the costs of the accident. (Although this does happen occasionally, the presence of the legal requirement for car insurance lowers such occurrences quite significantly).

There is one kind of insurance that becomes slightly ambiguous with this argument: life insurance. In the previous example it was assumed Mr X was an employed man who would (if required) be able to pay off a loan on replaced assets over time. We shall now introduce Mrs X, Mr X’s spouse who would suffer financially if Mr X were to pass away. If Mrs X were to be unemployed then there is definitely a case for Mr X to take out a life insurance policy. Should Mr X pass away, Mrs X would have no means to take out a loan to replace the lost income. However, a life insurance policy would support her financially. On the other hand if Mrs X was employed then the argument for not taking out insurance would still stand, as she could afford to repay a loan covering the income lost from Mr X.

There are definite moral issues surrounding the previous examples. The last thing a mourning widow probably feels like doing is going to the bank and asking for a loan to cover a deceased husband’s lost income. So in that respect the comfort of life insurance has far greater value. Also it is very difficult to put a financial value on the emotional loss to friends and family of the individual, which further adds to the suggestion that this kind of insurance doesn’t fit inside the argument.

To conclude, insurance is a giant market in modern day society from which many of us cannot escape. We do however have a choice most of the time as to whether we actually purchase insurance or not. I believe consumers should be more aware of the benefits available from not purchasing insurance. The media and various other sales techniques should not persuade us so easily and instead we should take a step back and analyse whether the insurance products we are offered are really necessary.