Fresh future for the Haute Couture? 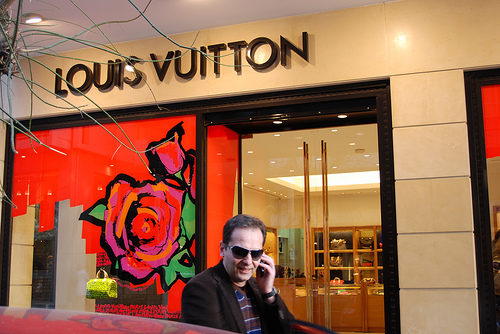 The luxury market is shifting to the emerging markets

Back in 2003, 40 per cent of luxury goods world-wide were consumed in Japan: 93% of women in their twenties living in cities owned a Louis Vuitton bag and 92% the equivalent Gucci must-have accessory. That was seven years ago. Then came the global financial crisis. The Japanese luxury market contracted and has a virtually no-growth forecast for some time to come. Moët Hennessy Louis Vuitton, owner of some of the most popular brands in Japan, saw sales in the country plummet 20 per cent in the first half of 2009. Dozens of reasons have been put forward to explain the outlook but one theme appears to be widely accepted; that is, a major change in lifestyle of the core clientele away from the status-quo luxury brands. Versace was the first major fashion house to announce that, after 30 years, they are pulling out of Japan. But what are we to learn from this example with regard to the “bigger luxurious picture”?

Now, the big brands are focusing on the emerging markets, namely the BRIC countries (Brazil, Russia, India and China), where China in particular shows great potential to become the focus of the Haute Couture. It emerges that the luxury market, in line with the general economic epicentre, is shifting eastwards. There are increasing signs of a revival in the luxury goods industry, including promising trends in the more mature markets, particularly the US. Luxury groups all expect demand to continue to develop strongly in China and the rest of Asia, but they are also banking on the recovery of the developed markets compounding Asia-Pacific’s double digit growth. If this turns out to be the case the expectation of an increase in global underlying demand of about 5 per cent to 7 per cent this year over last year, as suggested by investment research firm Sanford Bernstein, seems reasonable.

Bernard Arnault, chairman and chief executive of Moët Hennessy Louis Vuitton, said the sales trend was stronger at the beginning of 2010, amid strong Christmas sales. It was driven by continued demand for the flagship Louis Vuitton leather goods business – which accounted for 59 per cent of group operating profits last year. Sales of Louis Vuitton grew by double-digits last year. It will be interesting to see to what extent this growth will be sustainable, and whether the nouveau marketing strategy will persist. “Heritage” and “hand-crafted” have become catchphrases for the luxury industry since the recession hit, as old names that had embraced fashion during the consumption bubble attempt to shore up their credentials as investment-worthy brands. Louis Vuitton, with its campaign the fore-runner in this trend, re-focused on the quality and excelling character of its designer wear, portraying artists en action on its recent printed adverts. The sumptuary retail industry has experienced a dramatic change throughout the crisis, not only in its core markets, but also in its brand imaging. Hermès, one of only a handful of companies to have grown in the recession, has always focused on its image as a hand-crafting, finer manufacturer, with two-year waiting lists for deliveries of €5,000 Hermès Birkin or Kelly handbags. Yet while the French fashion boutique has proved resilient in the downturn, it did not grow as fast in the boom years as other luxury goods companies, such as Louis Vuitton.

Maybe we are seeing an image change towards a Hermès approach, where handbags are made to last for 40 years, rather than being a one-off, plush symbol of extravagance. Certainly for the near future such a strategy will endure, but the overall economic outlook of the luxury industry remains uncertain. At the end of the day, much will depend on the overall strength of the economic recovery this year and the end of 2010 sales. But still, any loss of global economic momentum during the coming months is bound to cloud the luxury industry’s revival.