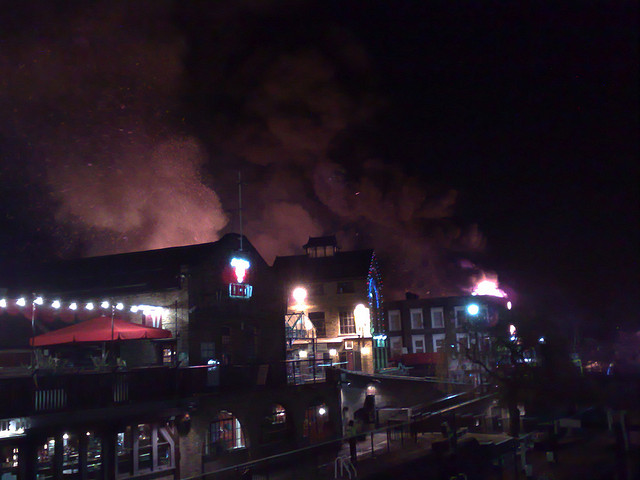 The heat is on between the Fire Brigades Union (FBU) and the UK government, as proposed budget and pension reform ignites a blazing battle over the issue of public and fire-fighter security.

The proposals include lifting the pension age from 55 to 60, and shrinking the rescue budget by £28.8m in two years (as outlined in the Fifth London Safety Plan). In Tyne and Wear, plans to cut fire crews by twenty per cent have been labelled ‘devastating’, with suggestions that this will critically risk the safety of the public and fire-fighters alike. Whilst these plans will not be finalised until January, further proposals to close community fire stations, including ten in London boroughs, has sparked a raging debate. These announcements have followed evidence from a public consultation, which recommends that ninety-one percent of Londoners are opposed to these changes. The Labour, Green and the Liberal Democrat parties have also expressed their concern.

The FBU in particular, condemn these changes as ‘dangerous’ and ‘wrong’. Crews will be forced to wait for back-up support, and work beyond an age suitable for the rigorous nature of the job, which Gary Keary (FBU Secretary for Manchester) labels ‘physical and demanding’. Nevertheless, Mayor of London, Boris Johnson, denies that these reforms will compromise public welfare, suggesting that it is proactive fire hazard prevention which must be the real issue to target. Certainly, it is true that there has been outstanding progress made in reducing the number of fire-induced mortalities, to less than four hundred each year. The FBU stress that this exceptional achievement is not led by technological innovation, but driven by the persistent efforts of the fire services. It is calculated that wages account for three quarters of the fire rescue budget, and so these budget slashes will inevitably lead to the axing of frontline crews. This runs the risk of restricting emergency call-out times, which have already stagnated in the last ten years, according to the fire service statistics.

Following initial waves of protest, another round of action has been scheduled for the 4th November between 6:00 to 8:00 GMT; the first walk-outs in a decade. The public has been advised not to hold bonfire night celebrations on this day. FBU general secretary Matt Wrack has declared that the government are misguided, emphasising that the new pension reforms would mean that older fire-fighters would be ‘expected to perform the full range of roles that an 18 or 20-year-old would do, and meet the same fitness standards’. This, he claims, is an unreasonable assumption. Mr Wrack continues that the strike action has been delayed as long as possible, implying that the organisation does not want to take this action, but feels it is necessary under such circumstances where there has been little room to manoeuvre. The strike action has been organised to deliberately avoid Bonfire Night, and protect the interests of public safety. However, the general consensus from the FBU is that people should avoid launching private firework displays, but attend publicly organised events instead, to prevent risk of injury, or damage to property.

Nonetheless, there are disagreements regarding the appropriateness of strike action, and the attitudes towards the new pension reforms. Certainly, Peter Holland, the government’s chief fire and rescue adviser, has highlighted that there are around five hundred fire-fighters aged sixty operating in the United Kingdom. This, he maintains, is the result of the rigorous fitness drills and necessary training regularly undertaken through the service. This is a view held by Fire Minister Brandon Lewis, who denies that striking is the right course of action, and could risk damaging the reputation of the service. The London Fire Brigade has already been intensely criticised by the Fire Officers Association for ‘acting disgracefully’ earlier this week, where a hundred fire-fighters walked out in the midst of a blazing fire in Dagenham. Paul Fuller, the Chief Officer, added ‘I’ve never seen the like of it in the 35 years I’ve been in the service.’ The FBU have publicly condemned this act for breaching the terms of the strike action.

Indeed, whilst there currently appears to be little impetus to negotiate on the reforms, the situation will continue to smoulder.