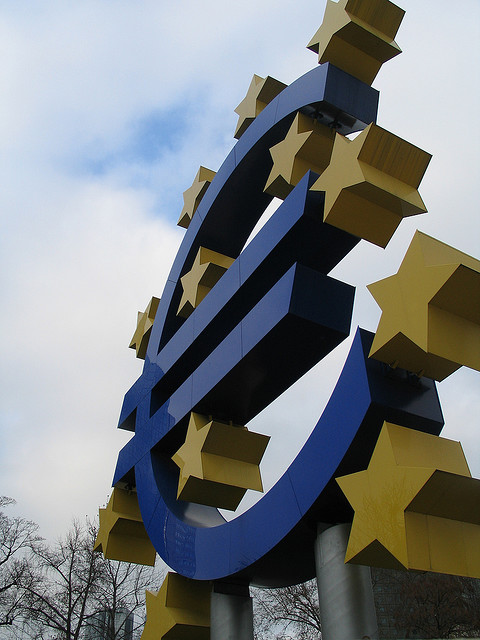 January was a busy month for the Euro, with three major events taking place. First and foremost, Jean-Claude Juncker, Luxembourg’s prime minister and President of the Euro Group has proudly presented to the world an Anniversary Euro Coin – marking the baby’s 10th birthday. Congratulations! Intriguingly, this great coin has been introduced to us as the symbol of the survival of the Euro (at least for another year). As if a little 2 Euro coin could avert the bankruptcy of the European PIGS (Portugal, Ireland, Greece, Spain) and the potential downfall of the Euro. In this scenario, the coin would be at most a token quantum of solace.

There is yet more to cheer for in the Eurozone this year. On the first day of January a new member was welcomed to the exclusive club of now 17 Euro countries. Once upon a time Estonia was named the Baltic tiger, showing very impressive growth figures during the boom years – 10.6% in 2006. After Estonia’s real estate bubble burst and foreign investment was extracted in the wake of the economic crisis, the GDP figure plummeted to -13.9% in 2009. To Estonia’s credit, this implied that they had to pay a very high price for joining the Euro – in spite of the economic turmoil and experiencing this huge economic shock, the country had to keep to the Stability and Growth criteria (which almost every other country has not managed during the crisis). Most impressively, Estonia did not exceed the 3% budget deficit mark permitted to Eurozone countries – this was thanks to one of the most ambitious austerity packages globally. In short, Estonia desperately wanted to join the Euro – at almost any cost. But looking ahead, this could have been a most significant step towards a prosperous future. Having introduced the Euro certainly distinguishes Estonia from the other Baltic countries and could make it the preferred business connection between Russia and the Eurozone. For now, at least, it seems that Estonia’s efforts will pay off – the GDP forecast for 2011 is 4% growth.

The arguably most important event of January happened, however, on the 26th. The European Financial Stability Facility (EFSF), and therewith the Eurozone, held its first ever debt issue – and it happened in an unexpectedly spectacular style. The EFSF issued €5.5 billion of rescue bonds but there was a total of more than €40 billion worth of bids. So this was the first time that Europe appeared on the market as a unity, and the demand for these transnational papers with top rating was exceptional. Many do, of course, see this issue as the precursor for a Euro Bond, and the positive response in the market weakens the (mainly German) argument against such a bond. But I expect the Euro bond debate to go on for quite some time, as it seems unlikely – especially during this sovereign debt crisis – that Germany and France, whose national bonds still have top ratings and are some of the most liquid in the market, will concede to pool their good rating with that of the more unstable countries. The benefit seems to be merely to the latter, most notably the PIGS – and there is already a serious discussion in Germany. Understandably, the German taxpayer does not perpetually want to fund his European neighbours’ failed economic management.

This debate is part of a bigger picture – the problem of the development of a multi-speed Europe. It always has been and presumably will be the case, that in a political union, the more powerful countries will use their political and economic heavyweight to make certain decisions work in their favour. And it would almost be strange if the reverse were the case, as the powerful countries naturally provide the greater share of the funding. But in the aftermath of the financial crisis, two of the most powerful countries, France and Germany (but especially Deutschland), have weathered the financial turmoil well and are picking up great momentum again. And this would be great news for all of Europe, if only these countries did not share the same currency as 15 of their neighbours. It becomes increasingly difficult for the EU to coordinate monetary policy in an uneven recovery. If the European Central Bank (ECB) were to increase interest rates, which rising inflation particularly in Germany would suggest, this would have detrimental effects for the PIGS, who are even struggling under the current, historically low, rates.

And this is only one of the problem areas this two-speed Europe exacerbates. In the worst case scenario, such economic discrepancies could lead to a break-up of the Eurozone on two potential fronts. The Germans could come to the conclusion that they no longer want to pay for the PIGS’s economic troubles, and leave the Eurozone. In this case, the re-introduced Deutschmark would go through the roof and Germany’s export-led economy would suffer, as trade partners abroad would have to pay the premium for increases in the German currency when importing German goods. This would inevitably trigger soaring unemployment. Unlikely scenario.

On the other hand, more likely seems a sovereign default of one of the PIGS. It is almost inevitable in the case of Greece. Despite the austerity package, the Greek debt mountain just continues to rise. In 2014 Greece’s debt is forecast to reach 165% of GDP. Europe needs a Plan B for Greece – and the sooner the better, because the longer Europe waits, the more expensive the state’s bankruptcy will be. But Greece, and the other PIGS likewise, will do anything to keep the Euro. A new Greek currency would simply, without any prospect of stability outside the Euro, plummet. Rather Greece might blackmail Europe to help them out again. The Euro seems more of a blessing for the PIGS now. It seems that the Eurozone politicians do not have a choice; their currency must survive. And the political backing for this path is immense for two reasons: the huge costs of a breakdown of the Euro, which could easily have repercussions exceeding even those of the Lehman bankruptcy in 2008; and the ideological commitment and political uniqueness that this mutual venture, the Euro, embodies.

But even if the Euro is to survive, and the introduction of the anniversary coin in 2012 will be a happy day, Europe has much to work on over the next few years, especially if the EU2020 strategy is to remain a realistic set of goals. The financial crisis has laid bare three basic flaws in Europe’s single currency project: the weakness in the enforcement mechanisms for fiscal discipline among Eurozone members; second, the conceit that there could be no bail-out mechanism for fiscal delinquents; and third, the lack of effectiveness of the much-vaunted peer review process and collective surveillance by the European Commission. Add to that the coming struggle of adjusting policy to an increasingly divided – two-speed – Europe, and we can see that the European task at hand is not easy. Europe has to find its own version of a Nordic solution; the Scandinavian countries learnt a good lesson in their early 1990s crisis and are now some of the best functioning political economies. This learning process is at the heart of the European idea; Europe must make the most out of concepts such as mutual policy-learning, and find its way out of the crisis together.