Emotive Advertising is a Christmas Cracker for John Lewis 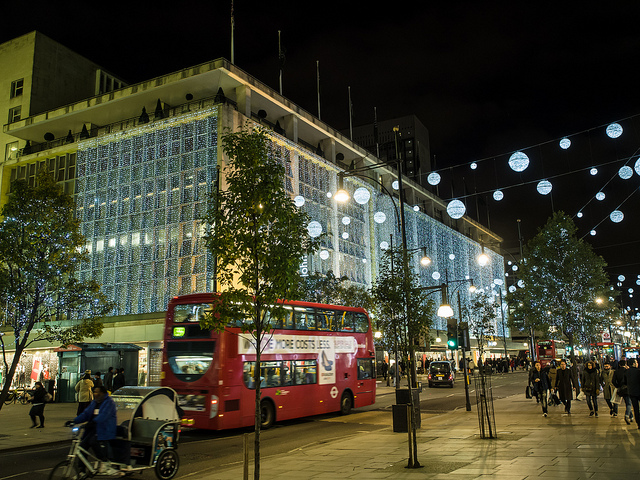 John Lewis is reaping the rewards of its emotive advertising.

John Lewis is celebrating a financial triumph these past few weeks, which the company attributes to the powerfully emotive ‘hare and bear’ advert. In the week following the launch of this advert (which cost approximately £7 million); the company took £101.45 million sales revenue.

Much of this success can be attributed to the clear and effective use of marketing strategies and social media campaigns, with the first airing of the John Lewis advert placed tactically between the X-Factor. Overnight, the firm achieved over seven thousand new Twitter followers, and has recorded a staggering eighty-six thousand Tweets which discussed, or re-posted the advert, as highlighted by ‘The Drum’. These results are interesting to consider, since Mihkel Jaatma at Realeyes, has calculated that the emotive response from this year’s Christmas advert is less emotionally commanding than those aired throughout 2011/2012. Despite this, the statistics and sales revenue tell a different story, since the John Lewis ‘hare and bear’ merchandise has sold out from popular demand.

The figures, which cover the week ending on the 16th November 2013, demonstrate that the company is up almost eleven percent on 2012. These have raised the hopes of retailers for a festive shopping boom, after a series of disappointing Decembers in previous years. As stated by Chris Hooper, Head of Retail at John Lewis: “If the launch of the Christmas television advert was a sure sign that we are into the Christmas trading period, the fact was fully reinforced by our reaching the £100 million barrier”. Indeed, this time last year, the firm had achieved just over £90 million sales revenue. But, following this year’s media storm, financial takings are up, with online sales having seen an increase of almost twenty-five percent. The new iPad Air remains the best seller after spending a consecutive three weeks in the coveted position as Christmas draws closer.

But the success isn’t exclusively for John Lewis; Waitrose, the sister business of the retailer, has predicted a “bake off” Christmas, with revenue from baking utensils up fifty percent. Overall, sales are up by over five percent for the supermarket chain, with partnership sales reaching £220.6 million. Sharing also in the successes, is singer/songwriter Lily Allen, whose cover of Keane’s ‘Somewhere Only We Know’, which features in the advert, has topped this chart this week, beating off Gary Barlow and his new single ‘Let me Go’. In addition, rival firm Marks & Spencer has equally pulled out all the stops this Christmas to produce an impressive Christmas ad, which was released just prior to that of John Lewis. With model Rosie Huntington-Whiteley at the forefront of the campaign, which has been called ‘fantasy and fashion’, the firm continues to market to a mass audience. Harvey Nichols, on the other hand, has adopted a different approach, with its humorous ‘Sorry, I spent it on myself’ range.

Nevertheless, this does not mean that this Christmas will be an inevitable success for the high-street. Howard Archer, from HIS Global Insight, has suggested that a good Christmas is “far from guaranteed”. It has been confirmed, however, that Archer later called it “very promising”. But retailers are criticising the decision not to close Oxford Street off to traffic in the run up to Christmas this year, which has been a tradition since 2005. Previously, as a result of these road closures, retailers have witnessed dramatic increases in sales. Whether this decision will have a substantial effect on retail takings will become clearer in the New Year. But overall, financial analysts at New West End Company have revealed that the run up to Christmas, so far, has shown positive signs, with sales in October up over five percent. This news is highly encouraging across the industry, following a government warning towards the end of October that economic recovery had stalled.

Whether or not this retail success will continue remains to be seen, however, with Christmas now less than a month away, and adverts dominating all television channels, it appears that the race for retailers to out-compete each other is well underway. We will have to wait until the New Year for a full financial examination, but until then, John Lewis, among others, are hoping for continued rewards over the coming weeks.