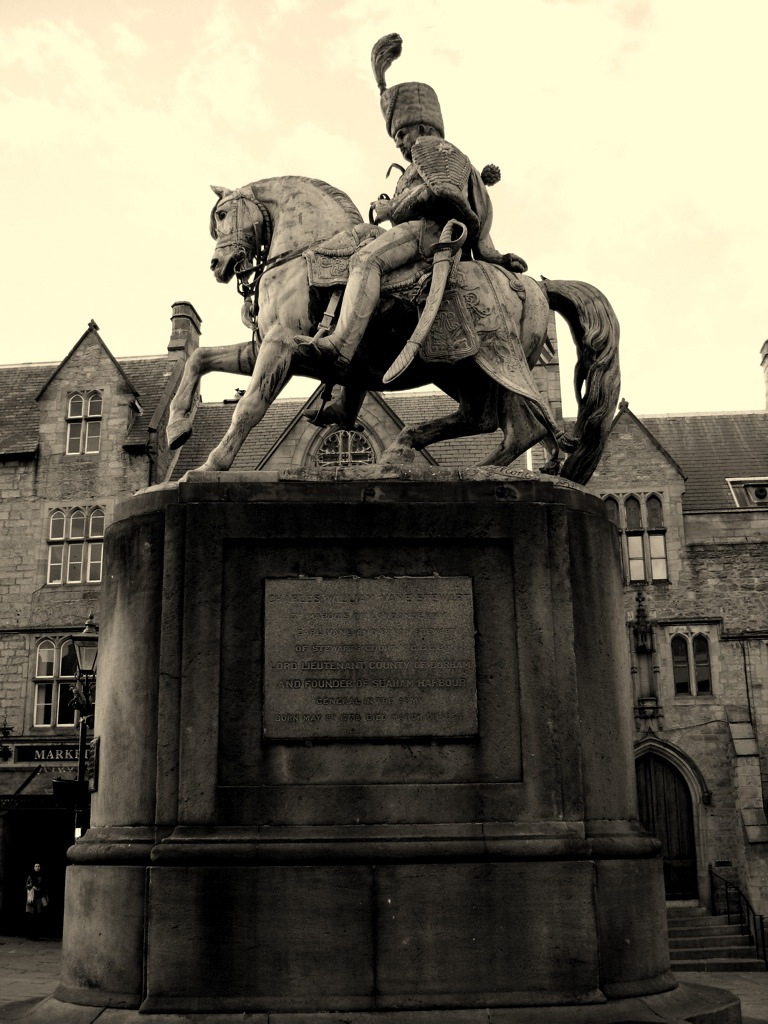 Every little helps…but what about our nightlife?

In November 2010, ambling through Durham’s Market Square, I was stopped by a friendly gentleman in his late sixties. He wanted to chat and, in no rush, I obliged. He chuckled and asked me,

“Did you know that the statue used to face the other way?”
“Really?”
“Well they went and put a Tesco there so to show how much he don’t like what Tesco done to the local business he turned ’is back to it”

We laughed and parted ways, but the message of this brief conversation snowballs in strength as the months pass by.

There are four Tesco stores in the Durham area that over the last few years have harboured a number of changes for the bubble economy in the somewhat impoverished County Durham. However, no change has shown greater outcry throughout the student community than the tremors of the Tesco earthquake that hit their beloved nightlife.

It began with the almost bizarre account of Durham Live Lounge’s owner Bob Senior, who claimed that if you cannot beat them join them. In an article by the Daily Mail, Senior continued that it was so cheap for students to drink Tesco Value vodka in their houses that Durham Live could not price their drinks competitively to make profit relative to the supermarket’s almost pure ethanol alternative. So in November 2011, Senior allowed students to bring their own alcohol to the venue on a weekly night themed as a house party in the hopes of making profit on the £6 door charge. This tale was akin to a humorous joke to students, but the principle behind the move is not particularly funny at all.

The second tremor hit. By the end of Michaelmas term 2011, the whisper on the wind had been confirmed in a shock to most students, nightlife-lovers or not: Studio was closing down. Having been one of the primary clubs for students, attempts by the owners to scrape their way through with different business strategies were desperate and unfruitful. The merge of evenings with Studio’s ‘little sister’ Loft proved to be an interesting one, if not a test of logic for attendees trying to understand the labyrinth between the two establishments. Inadvertently, it confused patrons who wanted to leave to smoke; it confused students who liked staying in the same area; it reduced the chances of finding your friends. A familiar pattern emerged again, that Studio could not compete on drink prices. The pricing approach was illogical in attempts to scrape at survival. The last time I went to Studio I ordered two drinks and was told it was cheaper to have two shots in both than one in each. Something appeared to have gone amiss here.

The latest of shocks to student nightlife was the refurbishment of Klute. The establishment had been named a ‘student institution’ with its iconic cheesy music, old rugby matches on televisions, vomit in the bathrooms, sticky floor and “quaddies”, the four-shot drink served in two plastic cups because having four shots in a drink is illegal. On paper this sounds like a sloppy hell-hole, but there are a number of students who herald this CV as one of glory. The owners of Klute refurbished it over the holidays promising techno and house music, VIP tables and an all-round more ‘nightclub’ feel. This shift in Klute’s niche in the nightlife of Durham is, on paper, a welcome change, the bar also opening up to non-students. However, the announcement of these changes met an angered and disparaging response from fans of the pre-refurbishment Klute. This change was brought about because the owners could not solely rely on the students to stay open, as well as rock-bottom prices of drinks. At £4, a ‘quaddie’ is, for any vodka at the standard 40% alcohol, below cost price. In response to the rise in prices, as well as the renovations, students have written on the Facebook group that they will instead head to Jimmy Allen’s for cheap trebles. A Klute advocate responded that the drinks there may be cheaper, but they are so only because that particular establishment uses 20% alcohol vodka. Ironically, a ‘quaddie’ is merely two drinks with double shots and would be available at any drinking hole, but what’s in a name? Quite a lot it seems. Reviews of the new Klute are that it is remarkably similar, just with a lick of paint.

The story is not all doom and gloom however. Studio reopened two weeks ago, although patrons are confused as to what is the night to go to Studio in the weekly diary of a Durham socialite. In the last year Durham has seen new bars emerge such as Whisky River and Flat White. Targeting a more upmarket consumer, these bars can see that to compete on large supermarket chain prices is akin to signing your own declaration of bankruptcy. Other venues such as Ebony and Slug and Lettuce see regular business with a different target market. However, for the thrifty student the night scene is hitting a longer-term trend of dwindling.

The ethos of the Tesco Value vodka pre-drinks, as well as the VAT increase has hit bars and nightclubs hard. As further months pass, more tremors will come, as well as the outcome of the effectiveness of Klute’s new strategy. If students truly care about these establishments they should acknowledge that every pound they spend on cheap alcohol for pre-drinks is a vote against their favourite bars and clubs. Most of these venues are small businesses and without the students’ backing, we shall see these tremors continue.