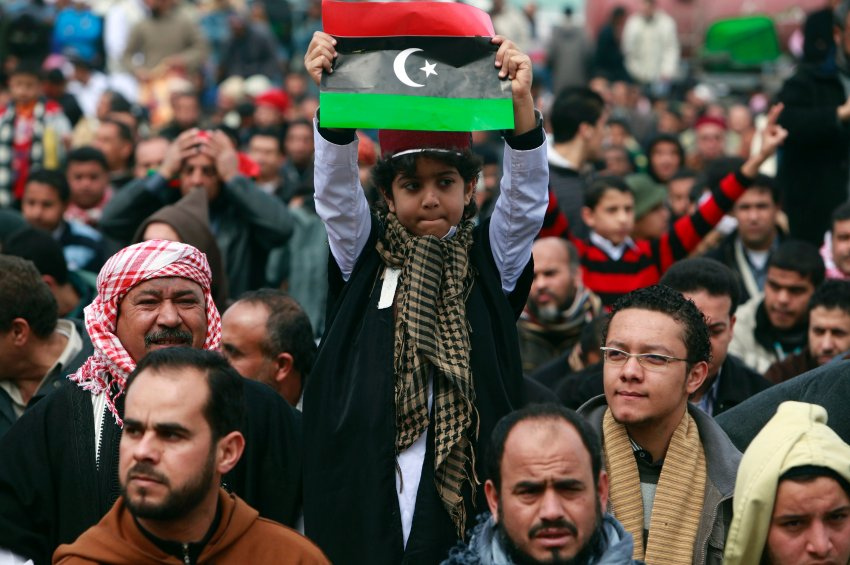 The Arab world in revolt

January. Tunisia’s Ben Ali down. February. Egypt’s Mubarak down. Who is next? The Arab world is in revolt. There are demonstrations everywhere now, it seems. Protestors are on the streets in their hundreds of thousands in Yemen, Bahrain, Jordan and Libya, in addition to Egypt and Tunisia, of course. And Syria, Lebanon, Morocco, Algeria and Iraq are also starting to feel the immense power of this revolutionary wave sweeping the Middle East and North Africa. The immediate cause of the unrests are the painfully high rates of unemployment, especially among young people, combined with corruption and rising food costs in most of the countries. But the underlying problem is obviously in the regimes, most of which have ruled for decades and are denying their citizens basic rights and freedoms, in varying degrees across the Arab world. The personalities at the head of these regimes, and their extended families, also epitomise the vast inequalities between rich and poor in the region – they are millionaires (in some cases billionaires) enjoying lavish lifestyles with a select group of upper class “friends” and business partners, whilst their people are suffering from absolute poverty. The world is witnessing the greatest wave of revolutions since 1989. With the fall of the Berlin Wall on the 9 November that year a series of revolutions started that liberated Eastern Europe from the Soviet Union, therewith ending the Cold War with the defeat of Communism. Thus, for the newly independent countries, this implied the (slow) participation into the global capitalist market, and rising prosperity in almost all of the countries. A new political, but also economic, era for Eastern Europe (and arguably the entire world) began. Can the revolutions of today have a similar impact in the Arab world and beyond?

The news from Egypt of a peaceful revolution of the millions has filled hearts with enthusiasm and hope for a peaceful transition to, at least, greater freedom and, potentially, democracy in the entire region. The countries are, however, obviously all very different. At the other extreme Libya is getting dangerously close to falling into civil war. 100,000 people have fled Libya already; the EU is imposing sanctions by the first week of March; the ruling family’s assets, estimated at around 70 billion in total, are being frozen globally; and the UN has held an emergency meeting on the political and humanitarian situation in the country. Yet, President Gaddafi is prepared to face the fight, saying that he would rather commit suicide than step down. At his only appearance before the UN, Gaddafi ripped pages out of its founding Charter and branded its Security Council the Terror Council – clearly illustrating his hostility to foreign influence and, even as Russia and China are condemning his actions now, it thus seems unlikely that he can be persuaded to let his country follow in the footsteps of Tunisia and Egypt in peace.

The West has a vested interest in stability in the region – being the biggest oil producer in the world by far – and Europe fears huge waves of immigration. The oil price is continuing to rise towards 110 a barrel as traders are worried about future supplies amid the unrest. The oil producing countries need the price to remain high as other sources of finance are pouring out of the countries. The index of Arab stock markets has fallen 10 per cent since Tunisia’s ruler Ben Ali fled on 14 January and Egypt’s stock market, once the darling of institutional investors in emerging markets, is to reopen in March after what will be a month since it fell by a fifth before closing in the tumult around Mr Mubarak’s departure. The revolution – bringing the economy to a standstill and sending tourists fleeing – is said to be costing the Egyptian economy 300 million a day. But the most important economic concern in the long-term is whether more freedom and democracy will lead to a more prosperous future, where rapidly growing economies distribute wealth more fairly (that term can hardly be used in most Arab countries at the moment) and lift millions out of poverty, as the region’s population is estimated to reach 550 million in 2030. Democracy and capitalism being closely related could substantially affect the process.

The post-revolutionary period will be crucial both in regard to translating hopes for greater democracy and moving towards more solid economies. The growing demographic pressures of youthful populations and their “Facebook” activism will encourage other Arab states to introduce more democratic measures as well. These people’s struggle against their oppressing dictators shows the remarkable connectedness amongst the Arab nations – a unity, through language and culture, which could lead to the emergence of stability and growth in the entire region. Yet at the moment, history is still being written and the future of the region, both from an economic and a socio-political point of view, is still very much uncertain. In Tunisia, there are few signs of which direction the state is heading almost two months after Mr Ben Ali’s exit – so the transformation will be slow and a little bumpy at best. Whether a comparison to 1989 can justly be made, it is too early to tell, but we must hope, with the Arab people, that the world is witnessing the emergence of a truly new era in the region, and not merely a brief break from dictatorship and oppression.