Manon Ardisson in Television on 25 February, 2011. 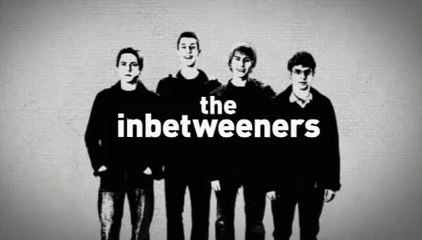 One of the winners of this year’s competition

On the 26th of January 2011, ITV held the 10th National Television Awards at the O2 Arena, a ceremony that rewards the Best, or rather the Most Popular, TV shows and performances broadcast in the UK. Indeed, unlike most media awards, viewers can vote directly for their favourite programme or star from a short-list established by ITV. This created various reactions from TV critiques who often consider popular opinion ill-judged and unexpected.

The Most Popular TV Serials Award, granted to BBC One soap opera EastEnders, was particularly disputed. The winning show, that depicts daily life in an East London community, beat ITV soap Coronation Street on its 50th anniversary, and this despite the recent “babygate” scandal prompted by an unsavoury plot development in which Samantha Womack’s character Ronnie loses her baby to Sudden Infant Death Syndrome and consequently decides to steal Kat Slater’s newborn child. Thousands of viewers’ complaints and Samantha Womanck’s decision to leave the series following a related nervous breakdown did not stop EastEnders from winning, much to the industry’s surprise.

In the Drama category, Waterloo Road, a BBC Television drama set in a troubled comprehensive school in Rochdale, Greater Manchester, put an end to the reign of Doctor Who, another BBC show depicting the adventures of a Time Lord travelling through time and space in his time machine, which had won this award for six consecutive years. Waterloo Road also defeated the more recent BBC television programme Sherlock and the critically acclaimed Channel 4 comedy drama Shameless, for which critics had higher expectations.

The Inbetweeners and Benidorm were less controversial in winning respectively the Digital Choice Prize and the Comedy Programme Awards. Interestingly, E4 sitcom The Inbetweeners, which portrays the daily lives of a group of sixth-form boys, defeated American programme Glee. The National TV Awards uncommonly allows foreign programmes to enter the competition as long as they are broadcast on British channels. Yet this year the audience’s vote remained faithful to homemade programmes.

Those results have been reported to underline that the “most popular” shows are not necessarily the “best ones”. However, the very characteristics of a “best” show cannot be objectively defined, and are generally established by a minority of critics at whom TV shows are not primarily aimed. There is no reason why self-proclaimed TV gurus or individuals working in the industry should be considered fitter to decide on which programmes are the most successful. If the National Television Awards are apologetically awarded to the “Most Popular” rather than “Best” programmes, then the Television Awards of the BAFTA (that will be announced early this summer and will provide an interesting point of comparison) should be entitled the “Industry’s Favourite” Awards, since voters are all members of the TV industry.

There is allegedly no conclusion to this debate, which can be compared to a similar contention in the political sphere, opposing direct democracy to representative democracy. The former system supports citizens voting directly on issues they feel concerned about, and is often criticised because “the people” supposedly does not know enough about the issues raised and is not interested in them. Therefore, elected representatives are needed to take decision on the “people’s” behalf. Similarly, TV critics, and to a certain extent the industry itself, consider that the audience is not able to judge which programmes are the best ones. An assumption particularly problematic when considering that these TV authorities are not elected nor representative of the audience that TV programmes purportedly target.

As far as I am concerned, there are no reasons why a “direct election” should be criticised in the TV industry. However, after accepting the validity of an audience vote, the problem remains of who is actually voting. Indeed, it has been observed that voters, in most cases, except for the X Factor, are difficult to motivate. In the case of smaller elections such as the European elections, the very first people to vote are often a minority of sometimes extremists and generally unrepresentative voters. To a certain extent, this can be applied to the National Television Awards. There are no records of how many viewers actually voted for these Awards and, even more interestingly, the guidelines indicate that “while you may vote as many times as you like, ITV may choose in its discretion to discount votes received from a single recognised number in excess of 1000, if these are deemed to excessively manipulate the outcome of the vote”. So, if you are an EastEnders extremist, you can vote for this programme 999 times, without apparently “manipulating” the vote. There is thus no evidence that a direct election in the TV world is more representative of the audience’s opinion than a critiques’ review.

Overall, the results of the National Television Awards are flawed and irrelevant insofar that there are no means to prove they actually represent the national opinion on UK programmes. However, the BAFTA and other similar Awards, decided upon by an unrepresentative minority of voters often working within the industry, is barely more telling. Instead of organising expensive ceremonies that engender the most ridiculous outburst of cheap-looking, if expensive, outfits, it would be easy enough to publish the ratings and see which shows actually are the most popular, and, arguably, the best.