TV Series: The Future of History? 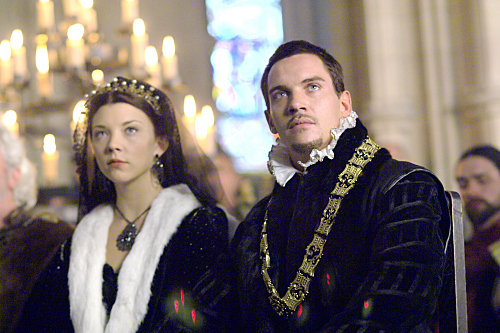 Rome (2005–2007), The Tudors (2007–2010), and Mad Men (since 2007) are only a few examples of successful and critically acclaimed TV series that take History as their main source of inspiration. The Tudors is an evident example since it focuses on Henry VIII, his break with Catholicism, and his five subsequent weddings. Rome describes the transition between the Roman Republic and the Roman Empire, similarly focusing on historical figures like Julius Caesar, but also on two fictionalized plebeian soldiers, Lucius Vorenus and Titus Pullo. Finally, Mad Men is entirely set in a fictional New York advertisement agency during the 1960s, revolving around the life of one of the executives, Don Draper; an approach that can be assimilated to socio-cultural history more than purely political history. Nevertheless, such series continue to be considered as what they were certainly intended to be – entertainment – oblivious to what they might become: a new form of History.

Because they are set in the past and often revolve around historical figures, period drama TV series depict, at once, cultural norms, social mores and political developments. I find the description of past social mores particularly thorough and fascinating, ranging in these three series from ethnic discrimination, to the never-enviable position of women, or the level of tolerance towards homosexuality. This is well illustrated in Mad Men, when Don Draper is asked to find a Jewish executive to receive his new client Rachel Menken, whose Jewish family owns a department store. Believing there are no Jews in the company, Don is surprised to be introduced to David Cohen, who was apparently found in the mailroom and brought to the meeting to make Rachel feel more comfortable. In addition to that, Don is so upset by Rachel’s ambitions and apparently haughty manners that he concludes: “I’m not going to let a woman talk to me like this”, combining anti-Semitism and machismo. The viewer is also confronted to habits that seem far removed from our quotidian environment, with daily murders in Rome, or chain-smoking in Mad Men. However, critics are quick and keen to underline a few factual errors. In Rome several relatives of Julius Caesar, Mark Antony and other central historical figures are forgotten, as well as important events, such as the Battle of Dyrrhachium in which Pompeius defeated Caesar. Similarly, in The Tudors, Henry’s sisters Mary and Margaret are merged into one character, Margaret, to avoid confusions with the royal couple’s child Mary. Margaret marries a septuagenarian Portuguese King, while in reality it was Princess Mary who was married against her will to the aged Louis XII of France. I am nevertheless not convinced that such minor mistakes or distortions really matter. If the viewer remembers that even Princesses were married against their will in the time of Henry VIII, it might well be enough for non-specialists. On the whole, the broad lines of political development are respected and social mores are beautifully and truthfully painted.

In addition to factual errors, TV series based on History are often reproached to focus too much on sex and violence, hence giving more importance to personal affairs and vendettas than any other factors. However, besides being part of the well-known Hollywood formula to attract audiences, those series’ focus on sex and violence can be considered as a line of interpretation as valid as any other. Indeed, if these themes are so fascinating to most people today, there is no reason why it was not the case decades, centuries, or even millenniums ago. Sex and violence are too often considered unworthy of academic interest, but they are, and have always been, tremendously important to the rest of mankind. Moreover, it is today acknowledged that objective history is unattainable because historians are necessarily influenced by their personal beliefs and contemporary context. Yet, while Marxist or feminist historians are somehow allowed to be openly biased as long as they acknowledge it, TV series – and entertainment more generally – seem to escape this derogation. Their “sex and violence” bias is dismissed as unworthy, while it might be one of the most down-to-earth take on the subject.

The underlying critic seems to be that TV series are not an adequate format to depict history. For instance a common remark is that time has to be conflated to fit this format, which misleads the audience into believing that events happened faster than they did in reality. For instance, Henry’s courtship of Anne Boleyn lasted much longer than the first season’s ten episodes suggest. While this critic is easy to apply to certain period drama films, such as The Other Boleyn Girl, which tries to tackle the same events as The Tudors’ first season in a couple of hours, TV series are not plagued by time restriction to the same extent. Ten hours per season should be enough to illustrate the main political events tackled in my three case studies. Hence, it seems that TV series will simply never be good enough for History because it has somehow been decided that History must be tedious to be accurate. This does not have to be the case and, according to nineteenth-century historian Thomas Carlyle, “stern accuracy in inquiring, bold imagination in describing, these are the cogs on which history soars or flutters and wobbles.” Carlyle himself published a passionate account of the French Revolution in 1837, a passion that many academic works seem to be lacking today, but that can be found in certain TV series. The production design of such series is particularly striking, borrowing from cinematic filming, historical clothes and accessories, and familiar images of the past. Sometimes, details are changed for the final result to seem more authentic and accessible. For instance, Jonathan Rhys Meyer looks nothing like portrayals of Henry VIII, but he is perfectly well suited to embody the attractive and powerful man that Henry VIII was in his own times. The production design creates a beautiful, accurate and authentic portrayal of History that opens a hypnotic window on the past.

Overall, neither history monographs nor TV series are objectives, both are selective in their presentation of History, and while monograph can be more accurate on certain facts, TV series are certainly more authentic in their depiction of past events. As the actor Will Rogers said “there is an awful lot of difference between reading something and actually seeing it, for you can never tell, till you see it, just how big a liar History is”. However, contemptuous prejudices classify this form of historical account as mere entertainment, simply because it is enjoyable and accessible to more people than an over-educated minority. It is my opinion that watching Mad Men’s Peggy Olson evolve from a shy secretary to an emancipated woman explains more about women’s liberation in the 1960s than 500 tedious pages on the subject. Maybe Carlyle would have agreed with me.