There’s More Than One of Everything 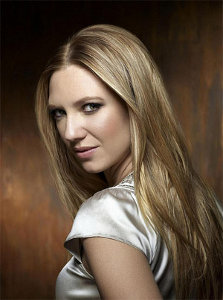 J. J. Abrams is no stranger to ambitious plots. As co-creator, writer, and director of hit television drama Lost which ended earlier this year, Abrams and his team created a story inextricably linked with the human and the mythical, the scientific and the spiritual. Unafraid to play with the seemingly impossible, an entire season is based upon a time-travel plot, with a group of island survivors relocated to 1974. Indeed, questions of time and reality pervade much of his work, including his films. In Star Trek (2009), the canon of the original 1960s television series is challenged by the additional complexities of time travel, allowing the plot to run off along exciting tangents.

Fortunately for American television, Fringe is a typical Abrams project. Like the best of television shows, it is difficult to compartmentalize into specific genres. Upon watching any given episode across its two complete seasons, one might describe this show as a drama, a conspiracy thriller, or a science fiction mystery. Every episode manages to successfully merge these genres together. The show also experiments with horror (though admittedly the quality of the horror scenes are inconsistent) and positively eases into moments of comedy.

The show is essentially focused on a newly created division of the FBI, investigating cases of “Fringe” science – that is to say, the weird, the strange, and the inexplicable. The writers introduce a plethora of scientific anomalies in the first season, from mind control to spontaneous combustion, which the Fringe team have to solve. Admittedly the early episodes appear formulaic compared to the show’s later developments, but the cases all accumulate to present the viewer with a threatening sense of foreboding. Unlike many television shows that revolve around science fiction, questions do not remain unanswered for long – but when one gets answered, another arises. Undoubtedly this pattern can easily become tiresome; yet before all interest is lost the writers introduce to the viewer a teasing glimpse of one of the show’s most intriguing paranormal phenomena – another world.

In the season one finale, which aired in May last year, the traditional dramatic cliff hanger was utilised well. A highly anticipated conversation was finally held between the mysterious Dr William Bell (played by sci-fi veteran Leonard Nimoy) and the show’s lead Olivia Dunham (played by Australian actress Anna Torv), but it was the steady pan out of the camera that revealed the tête-a-tête was being held in one of the World Trade Center towers which made it clear that Olivia had crossed over to another world, and that Fringe had just become captivating television.

In the alternate universe which Dunham finds herself in, the 9/11 attacks had never happened. This other world is to all intents and purposes exactly like our own, but with slight modifications and changes of history. The Statue of Liberty is made out of bronze; the Empire State Building is being used for its original purpose – as a landing dock for dirigibles; ID cards are called “Show Me” cards, and are used a lot more vigorously. Creating an entirely new world seems to give the artistic direction of the show complete release. The difficulty that the creators of Fringe have is trying to create an entirely different world whilst making it almost recognisable as our own. The differences have to be subtle but distinctive, and can’t ever be ridiculous or else our suspension of disbelief is at risk of being shattered. It requires thought, precision, and most of all imagination, which is apt since, in essence, imagination is the driving force of Fringe.

Essentially, it begs the question: what would our world have become if certain things had changed, or had never happened? The results make for very interesting viewing and observation. We see a photograph of an elderly John F. Kennedy, and hear on a radio news bulletin that the former US president is giving up his position as UN ambassador to fulfil a special role in President Obama’s government. We see a billboard above a clothing store advertising daily trips to the moon, and even a poster on a taxi for the smash hit musical “Dogs”. All in all, the alternate universe is slightly more advanced, and slightly more paranoid. The secretary of defence – an alternate form of the show’s anti-hero Walter Bishop – wishes to wage war with “our” own universe and thus the main antagonist and action plot is born. Sinister scenes in the alternate reality, like the Amber Response Unit quarantining areas such as Madison Square Garden and Harvard University by solidifying them and their inhabitants in amber, immediately warn us that this world has just as much moral darkness as our own.

Thankfully, the writers do not shy away from the occasion that they have created. In the majority of dramatic scripts which deal with time or alternate realities, the dialogue is heavily laden with warnings about the disastrous consequences of interference; the characters are almost always told to remain only as observers. However, by craftily including an enigmatic group of smartly dressed, seemingly immortal men known as the “observers” or “watchers”, the writers fill this character role with strangers, thus leaving our main team of characters no choice but to explore the “disastrous consequences” that come hand in hand when playing with time, history, or reality. Each member of the Fringe team (Olivia, Walter, and Peter) crosses over to the “other side” for different, complicated, and sometimes heartbreaking reasons. Despite a rather weakly delivered warning from Walter about the danger of being seen by their alter-egos, Torv showcases her acting abilities in a thrilling stand-off between the two Olivia Dunhams. As a result, the second season finale is an excellent and climactic thriller which asserts to the viewer that the storm has arrived. The storm is part of the show’s evocative imagery used to illustrate the consequences of the collisions of the two universes, though perhaps the most graphic demonstration was the collision of two New York City snowglobes: one remained intact, the other shattered.

The duality that Fringe creates for itself is further emphasised by the choice to colour the traditionally blue opening credits in red for episodes which are set in the alternate universe, theoretically forking the show into two halves, and two separate viewing experiences – the familiar, and the unfamiliar. Furthering the ambition of the plot is the decision to alternate each episode of the show’s third season between each of the universes for as long as the alternative reality plot arc takes centre stage (it has the potential to last through the entire season). For the writers, the success of Fringe lies in its tone; unlike many science fiction shows, neither the plot nor the dialogue is overly contrived or melodramatic. Instead, moments of levity develop the script into a lovingly realistic and human piece of work which focuses on the beauty of the show: the frequent discovery of the impossible.