The Walking Dead Shuffles Back in Style 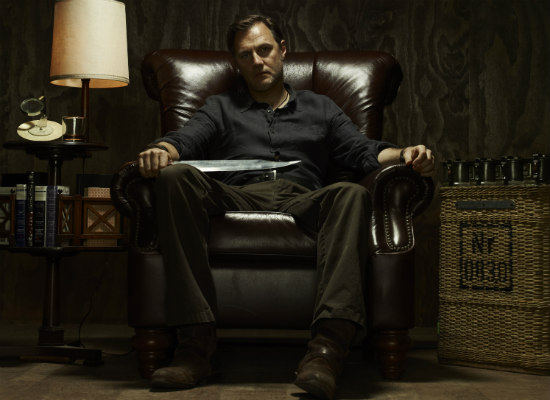 So here we are friends, Season Three of the end of the world. AMC’s The Walking Dead, the adaptation of Robert Kirkman’s cult comic series (or graphic novel if you must) has been a critical and commercial success thus far. For those of you whose exposure to American TV goes as far as Friends re-runs, here’s a brief summary of what The Walking Dead is. It’s a post-apocalyptic zombie show. But does this do it a disservice? After all, the most intriguing part of the show is not the inventive and gory deaths that befall the reanimated members of suburban Georgia (of which there are a lot) but it’s first and foremost a character drama. It follows a band of survivors, ranging from abusive husbands and pizza delivery boys to police officers and rednecks, on their quest to…well, survive I suppose. In fact, what surprises me most about The Walking Dead is that hardly anyone I talk to knows about it.

In much the same way that Game of Thrones is as much a political drama as it is a high-fantasy wet dream, The Walking Dead matches a scenario every teenage boy has dreamt of with an insight into how the collapse of social order and an ever present sense of doom affect our social inhibitions. This is not therefore a show to be brushed off with derisory laughter and a sly comment about how its viewers need to stop playing Call of Duty. With the notable exception of the SyFy channel, American TV today rivals Hollywood for special effects and, in the opinion of this humble observer, outstrips it in writing quality. This was evident with Season One, a gritty affair introducing the protagonists and of course, the zombies, as Rick Grimes, de facto leader of the group, tries to reach the CDC (because heading to a facility that holds disease specimens belonging to a government that no longer exists seemed like a good idea at the time.)

Before anyone asks, the zombies are George Romero shufflers not 28 Days Later Olympic sprinters. Which without giving too much away, means that the ‘difficult second album’ that was Season 2 was all the more infuriating given the fantastic start the adaptation had made. It was by no means bad but the tension and sympathy built up by the characteristic slow pacing turned to irritation at what ended up being one of the most drawn out hide-and-seek games in history. Thank God (other monotheistic deities are available) it finished before Exposure aired; suddenly cheering while a child is assaulted by a drooling dead man has become something of a social faux pas.

Season 3 is a glorious return to form, albeit a lot darker than before. This season alone could be up there with Band of Brothers as a cinematic masterpiece. As long term fans of the series/comics will know, the story arcs take two very different trajectories and it is a testament to the production team that fan-boys have praised them for it. Every season has had its fair share of feuds more often than not ending in bloodshed. The Alpha-male mentality is explored again even before the mid-season break. As always, Rick is in the centre of things. Not satisfied with having cut off Merle’s hand, killed Shane and essentially divorced Lorie, he has already picked a fight with a psychopathic prisoner and will no doubt pick one with the Governor when they inevitably meet. The prison and the Governor have always been my favourite part of the comic series and AMC have woven their magic again. Based off of two episodes of Governor action, a very different Governor to the comic I might add, David Morrissey’s portrayal should go down as one of the all-time great super-villains in TV history. Some might say that’s premature, but to watch his performance is to be taken in by a man equal parts charismatic and utterly insane. It is a performance on par, if not above that, of the terrifying Moriarty in the BBC’s Sherlock. I would not hand out such praise lightly if I did not believe that his performance, if beamed into the nearest Odeon, would be deserving of an Oscar.

The excitement even as I write this is palpable, just as the end credits roll, as to how the Rick-Governor dynamic will play out. Rick is, after all, not the man he once was. Indeed it’s hard to reconcile the man who woke from a coma, fighting for humanity in a desolate world, to the man who would happily butcher the first (friendly?) faces they had seen in seven months. Of course, the long running Rick-Shane feud has come to an end but it has done nothing to reconcile Rick and Lori, if anything it has driven them apart. But this leads to what is the crowning achievement of AMCs writers and casters. While Rick becomes insular, hard-edged and tired of being a leader, husband and father, Daryl undergoes the biggest change. The brother of Meryl (yes, he’s still alive and kicking although perhaps not catching any time soon) and the anti-hero of the show, Daryl has moved from the self-imposed outsider to the one man Rick has a telepathic understanding with. Quite how Meryl’s reappearance will affect him is something I genuinely cannot predict. On a group level, the psychology has definitely brought a split in the group since moving into the prison. Although this time, rather than on ideological grounds, it seems to be based on gender. The group is taking on a previously absent primal appearance with the men at the forefront of security concerns and the women tending to Hershel. That might change when Michonne turns up. Didn’t I mention her? Oh she’s the girl with two pet zombies and a samurai sword. Yeah, I thought you might be interested…