The power of the Gleek 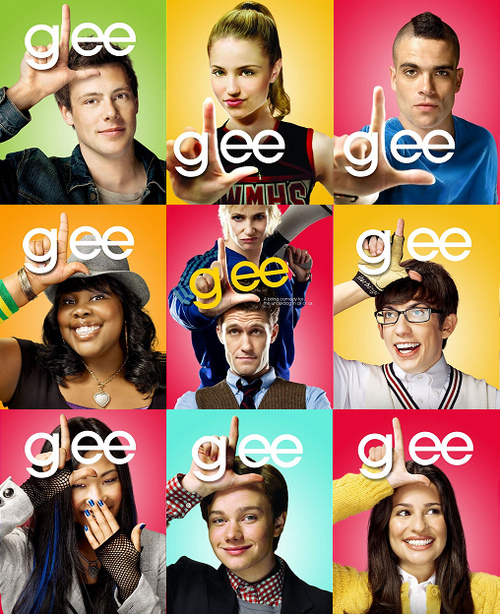 The smart, funny and ever-so-slightly irritating Glee returned to our screens with its second series earlier this month. The quirky creativity of the first series set expectations high as we crave to see more of our favourite characters and the beloved Glee Club at McKinley High.

The show dramatizes teen angst and we are weirdly enchanted by the misfits that join the Glee Club. Spanish teacher Will Schuester whips the previously dysfunctional glee club into shape, leading the group through a musical and moral jungle as they all attempt to find their place in high school whilst remaining true to themselves. From the pregnant president of the celibacy club to the wheelchair bound Arty who longs to be the next Fred Astaire, the members of glee club represent a satire of American society whose dreams are big and voices even bigger.

The good intentions of the Glee club come up against a force to be reckoned with, an obstacle in the form Sue Sylvester, played by Jane Lynch, whose comic delivery is genius. The hilarity of her ironic comments coupled with her offensive remarks makes her an unpredictable character we love to hate. Series one revealed her compassionate side she so desperately hides with the sub plot of her challenged sister Jean, with whom Sue demonstrates patience, love and care.

Rachel and Finn represent the high school sweethearts who endure the rocky road of love, encountering those ridiculously hormonal moments of lust and rage we as watchers can so easily relate to. The Club is further made up of a few cheerleaders and footballers, a homosexual, a disabled boy, two Asians and some other teenagers who deem themselves misfits and lonely. Although putting so many different cliques of high school students together inevitably fuels tensions, a healthy moral message is conveyed as the glee club members are encouraged to express their feelings, and everyone pulls through for each other in the end. Each brings a different quality to the group from Mercedes’ powerful lungs to Puck’s more soulful tones and they learn to complement each other musically and otherwise. Rachel and Finn headline the Glee Club, regularly taking centre stage, blasting out big show stoppers as well as soppy romantic numbers. But don’t let that put you off, there is something for everyone as an extensive range of music is so cleverly woven into the fabric of the plot, including everything from Lady Gaga remixes to Neil Diamond.

So why does this pitch perfect comedy strike a chord in so many of our hearts? Is it the feel good factor of great music refreshingly re-done or the heart-warming plots of romance and friendship? I think it has something to do with the power of the gleek. The Glee members are all people who perceive themselves as misfits, who come together to make a powerful unit. As Rachel says: “being part of something special makes you special”. They learn from each other and have a great deal to offer one another; for example the once popular Finn extends his hand of friendship to the only homosexual boy in the school, Kurt, in the hope it will inspire others to accept him. However, it does not accomplish what Finn had intended, instead he receives a slushy in the face, the punishment in Glee world for being “uncool”! Such story lines as this stand to promote the message that true friendship (as demonstrated by Kurt and Finn) is worth much more than recognition as the “cool kid”. The characters regularly make the wrong decisions but learn from them and pull through in the end in time for a feel good song at each episode’s finale. It shows the high school experience in a heavily exaggerated fashion with each character playing a stereotype, but by having such affective characters it allows watchers to relate to and sympathize with them. Moreover, the stereotypes are broken, making it realistic and rescuing it from it from being overwhelmingly cringe-worthy.

Co-Creator Ryan Murphy states “I wanted to talk about the underdog element in society, the pregnant girl, the gay kid, the kid in a wheelchair, the African-American girl who’s one of five black kids in their school. I wanted to give voices to people who don’t have voices.” This is somewhat of a comfort to the audience as at some point or another everyone feels as if they don’t fit in. There is a genuine point to the humour as the innovative pop fantasy combines playfulness with the sincere delivery of the message that it’s so much more fulfilling to be true to yourself even if it does mean stand out from the crowd.

The incredible music alongside incredible writing makes the twee-ness more than bearable, enjoyable in fact, addictive some would say! The “Power of Madonna” episode truly exemplifies the power of the gleek, as the students summon the courage to “steal” Madonna from the menacing Sue and delightfully deliver old favourites in the flawless Glee fashion. And as the song says “Life is a mystery, Everyone must stand alone” and Glee most defiantly inspires the watcher to stand up for themselves and step out. Long live the gleek!

Buy the DVDs and albums at Amazon: