The London 2012 Opening Ceremony: predictable mess or a winning success? 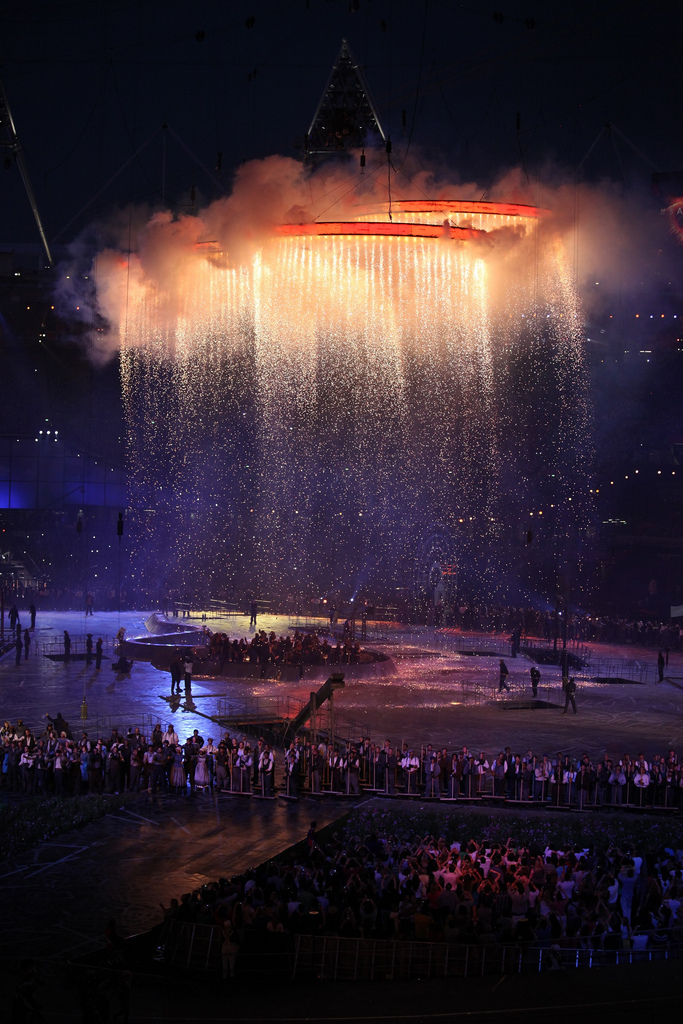 Before I even begin to talk about the ceremony itself, I would like everyone to be completely honest with themselves. We expected the opening ceremony to be a royal mess, didn’t we? From the moment Boris’ limp British arms failed to hold that flag in Beijing, we were all cringing inwardly, asking ourselves the obvious question: how can we, Great Britain, compete with China?

In the lead-up to the ceremony, we had a number of bad omens which, quite frankly, made us an international joke: apparently we can’t navigate our own roads and, as a result, a number of athletes got an unsolicited tour of London. We then managed to cause an upset by confusing North and South Korea’s flag (yes, there is a difference). In addition, we failed to organise the security so our armed forces had to be recruited… oopsies! As Bob Geldof commented so eloquently, we feared the London Olympics would be…‘naff’.

So, we made some errors, but being British we kept calm and carried on. As the ceremony itself loomed, there was a definite hush over London, it was almost eerie. Luckily, to set the mood, it began to rain at about 8.30 pm…

Now, I am a relentless cynic; I relish any opportunity to criticise my country. HOWEVER, and I hope I speak for everyone when I say this, what took place in the Olympic stadium last Friday night was absolutely brilliant. It was stylish, quirky, funny, heartwarming, proud, ridiculous, original, sad, joyful, mournful, melancholy, celebratory, cultural. It captured every emotion but most of all, it was British! It has been such a long time since I actually felt such pride in my country and I think Boyle deserves a gold medal himself for creating something so beautifully diverse, a ceremony that gave the begrudging, complaining citizens on this little island something to think about. The poignant message conveyed by the ceremony is what a great nation we really are, and can be.

Unfortunately I can’t elaborate on every single thing I loved about Boyle’s work of art but I want to at least try. The ceremony began with a pageant which reflected our glorious history. The atmospheric drums together with the music really set the tone as the performers illustrated, with powerful miming, the toil and sweat that went into forming our industrial nation. The pageant reached a climax as the five Olympic rings emerged over the olympic arena, demonstrating the making of Great Britain, workshop of the world. Boyle didn’t let us forget the other countries that make up our nation either. The choirs from Scotland, Ireland and Northern Island communicated to the world (perhaps untruthfully?) that we are a ‘united kingdom’.

The ceremony certainly brought to light the plethora of great talent that has emerged from our isles. It was fitting that the ceremony should start with some Shakespeare, and read by the best Shakespearian actor, Kenneth Branagh. ‘And did those feet’ is possibly the most goosepimpley hymn out there, and of course the lyrics originate from another British literary figure, William Blake. The ceremony also highlighted a literary genre which I think we all take for granted: children’s fiction. From C. S. Lewis to J. K. Rowling, there is no denying that we have some of the best kids’ books out there. And speaking of British talent, how apt that Boyle should give centre stage to Sir Tim Berners-Lee with a blackout that demonstrated how much his creation has lit up our world.

In addition to theatre, literature and science, we have another great legacy which is famous worldwide: our music. Boyle incorporated a bit of everything, it was a clever idea to narrate our cultural and political history with music. Every person watching that ceremony could identify with at least one of the artists. We heard The Beatles, Eurythmics, Paul McCartney, all in all, a fantastic, colourful montage of the different eras of music. In particular, I loved that Dizzee Rascal was given the opportunity to show a bit of East London attitude; Bonkers is definitely one of the soundtracks to my youth.

As soon as I saw Rowan Atkinson among the orchestra, it occurred to me, a British opening ceremony would not be the same without some humour. It is therefore fair to conclude, a British ceremony would not be the same without Mr. Bean. The beloved, Blackadder star, with his slapstick comedy and his witty satire really encapsulates the great British humour we all know and love. It was interesting to see them pay tribute to Chariots of Fire while simultaneously turning it into a comedy sketch. Was it crass? Absolutely not! It was brilliantly executed and fortunately Mr. Bean is a figure recognised universally. However, I think the best moment of humour was enacted by an even bigger international star, Queen Elizabeth. How many monarchs do you know in their eighties that can create such enthusiasm among the crowd!? Pairing her with Mr. Bond was a stroke of genius. Watching the strapping Craig strut his stuff next to our Queen was immense. This was definitely one of my favourite moments. If any country can parody, it’s us!

I have to say, I was slightly taken aback by the appraisal of the NHS, our national health service isn’t exactly the most functional. However, I loved the giant Voldemort and the fact that Boyle integrated performers of all ages, this scene spoke in particular to children. It also showed the world that we are damn proud of our NHS (inefficient though it may be!).

The ceremony didn’t just integrate different ages, it allowed everyone a chance to be part of the ceremony. It wasn’t just professionals taking part, some people were just ordinary volunteers. On that note, I feel obliged to comment on Adrian Burley’s remark that the ceremony was ‘leftie multicultural crap’. Surely Britain’s multiculturalism is something to celebrate? I have no idea how Burley construed the ceremony as ‘left’ but I rather think it was lacking in any political agenda except pure patriotism. I watched the ceremony on a big screen in central London and it was amazing to see the different groups of people cheering on their countries as the athletes from all over the world made their way onto the arena. The noise that erupted when the United Kingdom finally emerged was incredible. We may be a diverse country but we are a patriotic one nonetheless.

This brings me to the real climax of the ceremony: the torch itself. London looked beautiful behind the stunning fireworks and I appreciated the original method of carrying the torch to the stadium. Beckham looked regal in his position of torchbearer and, as one of the most iconic British athletes, I believe he deserved his role. As creativity seemed to be a recurring theme, it was the future British Olympians who carried the torch to the magnificent cauldron. Architecturally, I thought it was magnificent and the merging of the tulip flames demonstrated the underlying motive behind the Olympic Games: that sense of global unity.

So, to conclude my rapid analysis, I sincerely hope that the general public enjoyed the opening ceremony as much as I did. If you haven’t watched it yet, shame on you! Luckily it is still available on BBC iPlayer. If a cynic like me can be converted then so can you. My final message to you is this: we may make mistakes and we may have a giant teddy bear as mayor, but by God, it’s good to be British!