The End of Torchwood? 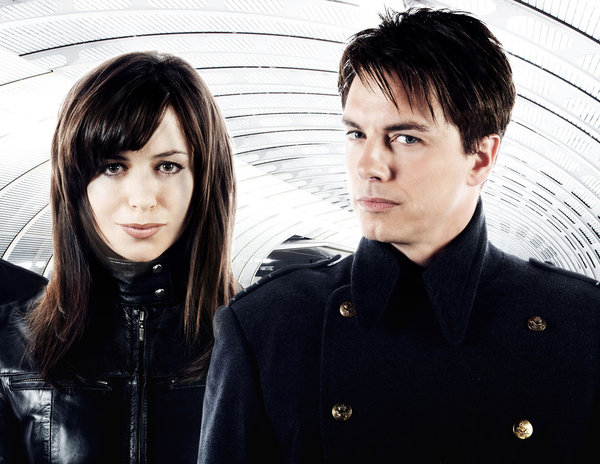 Torchwood: Both the best and the most frustrating.

When Queen Victoria set up the Torchwood Institute following a nasty encounter with a werewolf and a Timelord, it’s highly unlikely that she foresaw what it, or the series which followed its agents, would become. To many, despite its mixed critical reception, Torchwood became the supposedly “grown-up” counterpart to Dr Who, with all the violence and swearing that the latter couldn’t show and darker, often shocking storylines. To me, it was that show that I always intended to watch, but was always on at the same time as something else. It was only with the excellent (but equally divisive) 2009 mini-series Children of Earth that I was finally converted: it’s rare that a writer has the balls to have their hero sacrifice his own young grandson, and Torchwood was a glowing example of what British sci-fi could be.

That said, I was slightly apprehensive when series four, Miracle Day, was announced, mostly because of the additional funding from American premium network Starz. After all, you should never trust a company that thinks a plural should end with a “z”. Worse, as with the current series of Dr Who, fans feared that the need to appeal to US audiences would detract from the inherent Britishness (or Welshness) which made previous series so unique. It has to be said, though, that the alternative was to have no Torchwood at all, and I for one am very glad of the decision that was made.

Miracle Day was a fascinating concept: death, the only certainty in the world, is removed, and the goalposts of life suddenly shift. Religions collapse, while new ones are formed; welfare systems and economies crumble as the population soars; the human race stoops to unprecedented depths. In exploring these avenues, it excelled. Where it failed, I would argue, was in forging a narrative which brought them together into a satisfying whole. As the final episode ended this week, I couldn’t help but feel that ten weeks of emotional investment and sacrificed Thursday nights had gone to waste.

Until about episode seven (‘Immortal Sins’), I sang the praises of this series. It portrays a race trying and failing to adjust to a new form of existence, where the justice system falls into chaos because murder cannot exist, and healthcare is stretched until people must be treated like cattle to be treated at all. Eventually, bureaucracy categorises people according to exactly how alive they are, until “overflow camps”, a conveniently sterile term for concentration camps, are established to incinerate those who should have died. It’s harrowing, and the Holocaust analogies are difficult to miss, but most disturbing is the logic with which horror follows horror until the world learns what goes on in the camps – and accepts it as a necessity. I actually understood how humanity had reached that point, and Torchwood forced its viewers to confront the dark side of human nature in ways that few other shows could get away with, much less at 9pm on BBC One.

Against the backdrop of the decline of civilisation it takes sharply drawn characters to hold any attention at all, but Miracle Day managed that too: Gwen Cooper (Eve Myles) has turned into what can only be described as ‘a total bad-ass’ over the past couple of series, and alongside Captain Jack Harkness (John Barrowman) she holds the entire series together. In keeping with the decay of humanity, however, the friends find themselves in positions they could never have predicted. In an impressive character piece, Gwen kidnaps Jack as a ransom for her family; out comes all of her bitterness, self-loathing and resentment, met by his cocktail of guilt, self-loathing and self-preservation. Ultimately, though, it’s Myles’ party: Gwen’s hard edges protect the core of a wife and mother, and the fact that her willingness to kill doesn’t make her a monster to us is remarkable.

Up until a couple of weeks ago, this would have been my summary of the whole series. Fantastic performances and quality writing, setting very personal drama in the context of apocalyptic chaos; friendships, love stories (including a touching homosexual relationship between Jack and his Depression-era lover Angelo), family tensions and politics in the foreground of a landscape of universal suffering. But things changed as the final few episodes brought the various plot threads together – or rather, didn’t.

We know that there is a huge chasm called The Blessing going through the core of the earth from Shanghai to Buenos Aires, which somehow calibrates the life spans of humans. We know that Jack’s immortal blood was fed to it by the mysterious Families who ‘bought’ him decades ago, making humans immortal. What we don’t know is how it works, why it’s there or what the Families are actually trying to achieve, which are all pretty major questions. What exactly are they planning to do when they’ve gained control of the planet?

And what about Oswald Danes? Bill Pullman has pulled out one of his finest performances as convicted murderer and all-round nasty piece of work Danes, who survives his lethal injection and becomes a bizarre poster-boy for the redemptive power of the Miracle. Jack becomes obsessed with tracking him down, is convinced that he is somehow at the centre of everything… and in the final episode, he turns him into a suicide bomber. His death is finally voluntary, but it comes at a point where it’s lost amongst the action and means very little. In fact, if his entire character was removed from the plot it would still hold together perfectly well, which leaves him as nothing but wasted potential.

Critics have thrown many complaints at this series, but most of them matter very little. I don’t care that there are no aliens involved: to say that sci-fi needs to be extra-terrestrial is just plain wrong. It makes no difference whatsoever that it doesn’t cohere with events in Dr Who. More serious are the loose ends which are never tied up. I don’t know what would constitute a worthy conclusion to a drama on such a massive scale, but it isn’t what we were given – and this was only exacerbated by the potential for a sequel suggested in the final scenes. Nevertheless, until its disappointing resolution, Torchwood was an absorbing study of a race in crisis, and by far the best thing I’ve seen all summer.