The End of Spooks 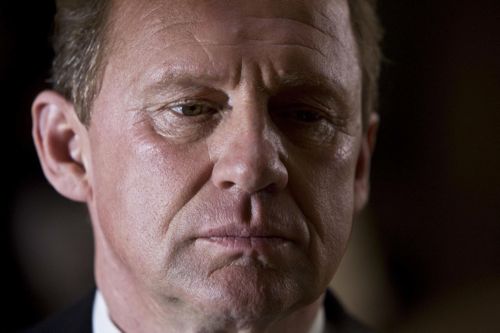 Ever since its inception in 2002, Spooks has dominated some of the BBCs prime slots. Creating a series based around the secret service in the aftermath on 9/11 represented a bold move, and it was this sort of daring as a television series that was part of what kept people hooked on the series in its 9 year stint.

Boldness was very much the word. From the second episode of the first series, where we witnessed Helen tortured and killed in a gruesome scene involving a deep fat frier, Spooks has continued to keep its audience guessing. The producers, over the years, have had no qualms in suddenly killing off main characters: firstly Danny in one of the best episodes it has ever produced; followed by Fiona and then her husband Adam, for which the majority of the female viewers still lament; after them went Zafar, Ben, Jo, Connie and Ros and, for those of you who have forgotten, the technician Colin was a death that lived long in the memory. It was one aspect of the drama that Spooks did best, and one reason why people watched it. Surely they would never have the boldness to kill of Tariq just as he was getting started? Not conforming to the happy ending made the show what it became.

Such was Spooks, we as an audience have fallen in love with characters over these past 9 years. Characters not mentioned above who departed in equally emotive episodes still conjure up memories of series gone by. Tom and Zoe from the first 3 series were the first great stalwarts (along with Danny and the revered Malcolm) of the show, and it was both satisfying and touching for the producers to recognise this by bringing back the former in the final episode, a fitting nod and tribute to the old days of the series. This was no mere trip down memory lane. This was the roll call, looking back in fondness at what has been, without doubt, one of the best things the BBC has ever created. The final episode again showed this when Harry, in another moving scene, enters the bowels of his department to retrace all the names of those who perished during his tenure. It represented all he had lost, with the final name, Ruth Evershed, fully demonstrating what he had sacrificed as section chief.

Of course Harry, played by one of this countries finest actors, Peter Firth, has been the heartbeat of Spooks. He is a character that, on so many levels, has always kept us entertained. His wit and amazingly sarcastic one-liners clashing with the serious, intense side to his personality. Harry himself quotes the famous philosopher Kierkegaard at the end of series nine, “The greatest hazard of all, losing one’s self, can occur very quickly in the world. Almost as if it were nothing at all.” Thus, the finale saw us witness a man who knew that in the real world he would be lost, and so returned to the grid, in order to save himself.

It was appropriate therefore, that this series was all about Harry. One gets the feeling the producers have been setting up the storyline that has formed the crux of the last six episodes to ensure that those final 15 minutes were all about the only man who has survived from the start to the finish. The episode itself that brought it all to a climax was utterly representative of the series, nail-biting, full of twists, lies, deceit, a psychopathic Russian and ultimately a death, the death of Ruth. Again, most of us were convinced that the show would never kill off Ruth, but it did. It stayed true to itself. The final series illustrated an almost dogged determination from its makers to stick to the script that Spooks has followed since 2002. Harry’s past has been cited as another plot device to keep the show going but in some ways it was there for us to realise why this show had to come to an end.

What this episode indeed represented then, was an ending. There will be those who took the final moments of the show as a signal that it will all soon be back, with Harry leading the team of Erin, Calum and Dimitri, with doubtless some fresh faces thrown into the mix, and we shall all be satisfied on a Sunday night with our weekly dose of drama. Sadly this will not be the case and for this reason the ending was just right. There was never going to be that ‘happy ever after’ moment, there was never going to be the awkward final scene with Ruth unloading a car full of shopping whilst husband Harry sat relaxing in the garden with his favourite glass of scotch. In this sense, the producers stayed true to all that Spooks represents. Life on the grid will carry on, with Harry at the helm, moving them forward into a future we will not get to see. A show based on the lives of those who are shrouded in mystery finished in a reverse of the way it began, retiring gracefully to the shadow, leaving us all wondering what is going to happen next.

I don’t really care what happens next. I don’t want the producers to make another series. I want that last episode to merit its place up there with the best of the best. Like the names that Harry retraced in the show’s final moments, I would like to think that somewhere in the BBC stands a shrine to its best ever programs, and there is now a new engraving on the list, and it says, quite simply, Spooks.