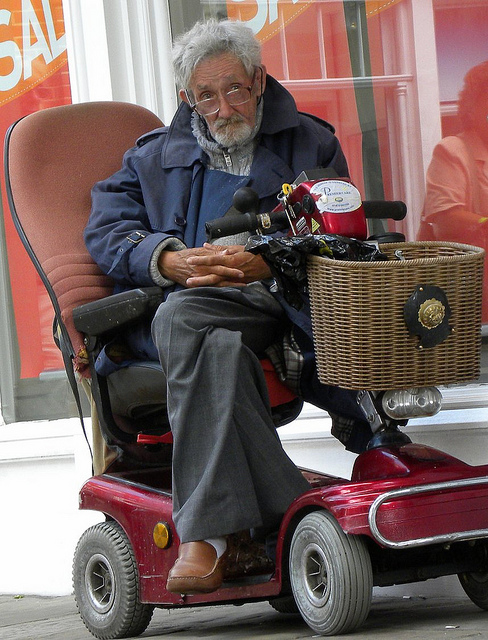 When Serge Gainsbourg met Jane Birkin, he told her that he liked girls who looked like boys. Mind you, if memory serves, he also had it away with Brigitte Bardot, so I guess he was flexible.

What the sly dog (whose real name was Lucien by the way, who knew?) was driving at is hard to pin down, but I fancy he was expressing a preference for a qualified androgyny. Not the aggressive kind à la Grace Jones, who would have had dear old Serge for breakfast, or that kind that was de rigueur for any self-respecting Bowie fan. Instead perhaps a lithe figure, feminine poise, boyish clothing. Think sexy brogues. Think Alexa Chung before she started looking a bit like Skeletor from He-Man.

Obviously, I’m not cool enough to drop the odd Gainsbourg quote without consulting someone who actually knows about these things. The girl in question does the brogue thing rather well. We have a platonic propinquity that permits frank discussion of matters I know nothing about. We have also taken it in turns to transport a mobility scooter on behalf of a dear friend. You know the type: that machine meant for obese Americans or old people. I am pleased to say that the dear friend was of the latter category. The model was a Shoprider Sprinter XL4 if you want to know. It was great fun, and much like a scene from Easy Rider. I ought to say that I would have been the Dennis Hopper character, which isn’t true, and that our journey ended far more favourably, which is.

I haven’t followed Skins too closely. I seem to remember the first season featured Nicholas Hoult (mostly in his underpants) and a bunch of other sweaty, sweary, nubile teens doing stuff they shouldn’t. And I once shared a plate of pikelets with a writer on the series, but that’s about it. Still, the season five pilot featured an androgynous thing on a mobility scooter, so I thought I’d give it a chance. Yes, that was the whole point of the preamble, do keep up.

The pilot focuses on the boyish Franky, played by Dakota Blue Richards. You might remember her from The Northern Lights. Oh, I’m sorry, The Golden Compass. My goodness how she’s grown. She spends most of the time standing awkwardly or shooting things, and she has a past which will probably be interesting later in the series. As she waves goodbye to her two dads (nice try guys, but Glee got there first) I have high hopes, but then she has her first day at school and the whole thing unfolds with a rather tiresome predictability. There’s the pretty girl with issues and her powdered myrmidons, a selection of Beano-type recalcitrant caricatures all desperately trying to fit in or lose their virginity, and everyone seems to say “fuck” a lot more than when I was at school. This is a shame since it is a brave thing to completely change the whole cast (the second time Skins has done this I believe) and a stupid thing waste them all by turning the same old tricks.

The show is not without its redeeming features however. As usual, the adult characters are well cast (the first season’s Peter Capaldi anyone?). The delightful Chris Addison crops up as the PE teacher for instance and Gordon Kennedy plays the English teacher I wish I’d had. There is also use of stop motion animation towards the end of the pilot that is refreshing. That each episode focuses on a specific character also gives the series an opportunity for changes in tone that I pray they make use of.

It seems cruel to criticise the show for being unoriginal given its trailblazing history. Undoubtedly, it discussed teenage issues with a frankness and intimacy that we didn’t get from those school videos with stern voiceovers or from slapping condoms on bananas. Its cultural impact cannot be underestimated. One need only attend one of those Skins parties to know that (heavens, not I you understand. I prefer to cut some shapes at the local tea dance). But if it isn’t careful, Skins is in danger of falling victim to the clichés it helped create, wheeling out stories of social awkwardness, anorexia and improbable bacchanalia until – to paraphrase that noted philosopher and social commentator Danny Glover – we realise that we are just too old for this shit.