Sarah Parkin in Television on 6 December, 2012. 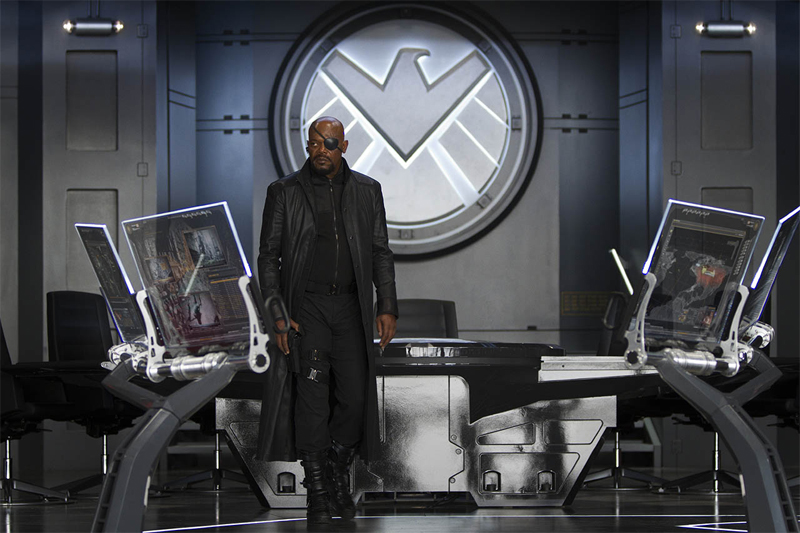 The humans who make the Marvel universe go round.

Five days after the release of Avengers Assemble, Marvel failed spectacularly to shock the world with the announcement of a sequel. Avengers 2 will arrive in 2015, marking the latest tentpole in a schedule which takes in Iron Man and Thor sequels in 2013, Captain America: The Winter Soldier and the launch of Guardians of the Galaxy in 2014, and then a little Edgar Wright film called Ant-Man. It’s unsurprising, given that Avengers went on to take 1 billion worldwide, but Marvel is moving into Phase 2 of its plans for world domination.

Supposing you need a more regular fix than two films a year. Well, I suppose there are comics. But if you need your Marvel easily accessible for no more than an hour a week, help is at hand. There’s a live action television series on the way, and it’s going to follow SHIELD: Strategic Homeland Intervention Enforcement and Logistics Division, or Strategic Hazard Intervention Espionage Logistics Directorate, depending on who you ask. Or, The Humans Who Run Around Saving The World While The Superheroes Check Their Reflections.

Although we’ve only seen them in supporting roles in other heroes’ films, anticipation is already higher than Stark Tower, so here’s what we know so far:

That’s it. Of course, this being the Internet, that’s all anybody needs, and the predictions are already flying.

Marvel has been wrestling with the problem of developing live action series for years, and considering the range of potential candidates, SHIELD looks like a wise decision. For a start, the leads are all human: smaller, less green and less radioactive than some previously rumoured properties. In other words, they’re cheap, which makes this a perfect opportunity to test the waters with an episodic format. There’s no reason why this couldn’t be a new X-Files or Torchwood.

What’s interesting, though, is the way that the series could complement the films. Time and again, major Hollywood actors have explained moves into TV work citing the longer format as an opportunity to develop deeper understanding of characters. TV offers more time to get to know characters and more scope to develop complex plots – just ask the writers of Game of Thrones or Mad Men – and while SHIELD may not directly reference films that have gone before, there’s no reason why it couldn’t build new audiences to lead into future projects. That first twenty minutes spent setting up a film’s premise and characters could be done over several episodes, leaving extra screen time for blowing something up.

With this in mind, then, here are some hints at what to expect when SHIELD hopefully airs next year.

Coulson lives. The fact that Clark Gregg will be reprising a character who was killed onscreen in Avengers Assemble is a pretty big deal for the fans, but it also suggests that Marvel are really trying to emphasise the connection with existing films. So how did he survive? There have been suggestions the series may be set before Avengers, but it’s far more likely that he just wasn’t as dead as we thought he was. Comic book characters come back from the dead with alarming frequency, and there’s probably a Sherlock Holmes-style fake death to be written for him.

Don’t expect Avengers to appear. There might be a couple of cameos from some of the Avengers cast, but not even Marvel are likely to pump enough money into the first season of an untested show to pull in Robert Downey Jr or Chris Evans.

Finally, some women. Black Widow aside, the Avengers Initiative is a bit of a boys’ club. SHIELD would appear to be more diverse, with three of the first six characters to be announced being female – and if anyone can write a gutsy heroine, it’s the man who gave us Buffy the Vampire Slayer.

Prepare for war. The nastier, more expensive villains will probably be left for the films, but there’s room for SHIELD to enjoy the odd nemesis. HYDRA, formerly the henchmen of Captain America’s foe the Red Skull, appear quite frequently in the SHIELD comics, as do The Hand, a ninja clan with ties to Elektra and Daredevil. Either of those avenues could lead to other fertile ground – and even if they don’t, who doesn’t want to see more ninjas on TV?

There will be superpowers. SHIELD comics have featured entire units of agents with telepathic powers, and notable employees have included the likes of Jessica Drew (Spider-Woman), Carol Danvers (Ms. Marvel) and a certain Jennifer Walters. That’s She-Hulk. Maybe the series finale…