Popstar to Operastar: Did It Work? 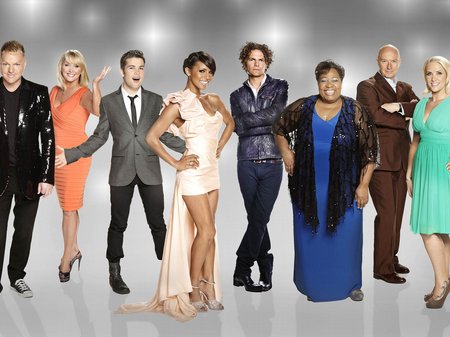 The latest series of yet another reality TV show has just finished. Personally, I wasn’t a huge fan of Popstar to Operastar and neither am I of reality TV (but that’s another debate, which I’m sure has been tackled many times). So why was I watching the programme? Well, the concept sounded interesting enough: train a group of pop artists in the operatic methods of singing. Add to this classical crossover singer Katherine Jenkins and only international acclaimed tenor Rolando Villázon as mentors, along with crossover violinist Vanessa Mae and again, only actor and director Simon Callow as critics, ITV’s reality bite made for primetime viewing.

In the vein of X Factor et al., the programme may have been glorified karaoke, but there was the addition of grasping a demanding technique that would probably be anathema to pop singers. This appears to have been why last year the series attracted leading opera singers and The Telegraph’s opera critic, Rupert Christiensen, and why expectations must have been high. However, along with many connoisseurs (not to say that I am one), I couldn’t help but feeling disappointed with the contestants’ performances. Indeed, Christiensen deeply criticised the first series and leading sopranos Rebecca Evans and Lesley Garrett commented that the performances deny the years of formative training that successful opera singers undergo. However, Villázon, in a response to Christiensen, stated that the series was intended to give the participants an insight into classical singing technique and that a fully formed product was not expected of them. It’s only fair therefore to warm to the panellists’ comments when you consider that none of the contestants have had the experience of opera singers. The “chaka chaka performances” as termed by Villázon (what exactly does that mean by the way?) should have been given to the contestants for embracing a totally unfamiliar singing style to them.

The celebrated arias of the operatic tradition that the participants were required to sing (Nessun Dorma, L’amour est un oiseau rebelle, Una furtiva lacrima, etc.) would be daunting for any singer. Great pieces they are to introduce the uninitiated of opera to, but they are constantly played on mainstream radio, which is why these are the works that are stereotyped of opera. How interesting would it have been to see Melody Thornton of the Pussycat Dolls and of this year’s series tackling a ten-minute Handel aria or a Britten monologue? It’s these works that have helped to establish the opera canon and not just the great romantic outpourings.

The aficionados may have tired of the song choices and half-decent performances, but the programme must have been an eye-opener for many. The participants’ attitudes towards opera were radically changed (a certain Cheryl Baker seemed to have found the experience revelatory after believing that opera is a toff’s art.) Winner of this year’s series, Joe McElderry, had considered further training in the field. Whether he will pursue this, I’m sure the results will be fascinating.

It’s not the first time though that opera has been shoehorned into reality TV. In 2002, Channel 4 got ahead with Operatunity, which gave budding amateurs the chance to perform a leading role in Verdi’s Rigoletto at the London Coliseum. However, if these programmes get new audiences buying discs, reading synopses and going to the country’s opera houses, then surely that’s got to be a good thing?

All in all, ITV’s foray into opera was a successful melding of high and low art, for all of the criticisms. Whether there’ll be a third series, I guess that viewers will just have to keep their eyes peeled on the TV guides. For fans to see their favourite pop singers crooning Puccini, it’s compulsive viewing, but a show like this should and was hopefully, be more than just about that. I hope that the airing may lead viewers into a new discovery of a rich and varied musical tradition.