Matthew Stanfield in Television on 9 December, 2011. 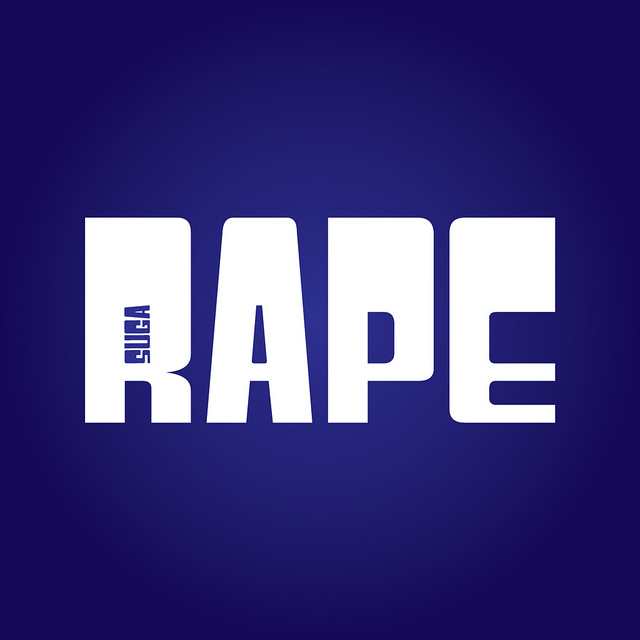 The logo of SugarApe magazine: “they’ll think they’re getting pissed off by ‘rape’”

Nathan Barley, a sitcom by Chris Morris and Charlie Brooker, when viewed more than six years after it first aired in early 2005, has a prophetic air about it. The lead character, Nathan Barley, originated on Charlie Brooker’s TVGoHome website: a satirical TV listings and reviews page. Barley is first mentioned in the 14th May 1999 ‘issue’ as the focus of a fly-on-the-wall documentary series entitled Cunt. Barley is described as “a twenty-something wannabe director” in the programme’s fictitious blurb, and “a worthless, moneyed little shit who deserves to die” by Brooker.

It’s fair to say that Nathan’s persona changed little in the transition from the web to the small screen. The televisual Barley epitomises not just what leading character Dan Ashcroft describes as “self-regarding consumer slaves, oblivious to the paradox of their own uniform individuality”, or more simply “idiots” but also, unintentionally, his own ‘credos’. Barley runs a website, trashbat.co.ck, “registered in the Cook Islands, yeah?” named for said ‘credos’: “trash, as in what’s all around us and – bat”.

Nathan Barley is indeed bat-like: flitting from place to place, unable to form a clear view of his world, but dimly aware of its constituent parts as echoes within his hollow skull. His ‘political views’ reflect the low level of his external awareness, consisting largely of an ill-defined anger with George W. Bush and a tasteless fetishisation of 9/11 imagery: “Trashbat is – two people leaping from the twin towers – but they’re fucking on the way down.”

The detachment from the non-trivial aspects of reality shared by Nathan and his fellow idiots is one of the most zeitgeist-skewering aspects of the show. Despite the massive quantities of sophisticated communication technology that the “idiots” own, they exist in their own little universe and display minimal awareness and concern for real-world problems. A recurring theme of Nathan Barley is the inappropriate reactions that the “idiots” have to Dan’s sister, Claire’s, documentary about drug addicts, the homeless and other socially marginal groups. When Claire first shows Nathan footage of an ex-heroin addict singing a song to schoolchildren about his ordeal, Nathan starts laughing mindlessly. Claire later receives a similar reaction from a half-witted TV commissioner, Ivan Plapp: “it’s not funny, but it does – make us laugh…there’s a positive message for people, but if we want, we can drop back a layer and laugh, if we’re in the chuckle demographic.”

What do the “idiots” care about? Much the same things as their real-world counterparts, or at least the section of the idiot world that takes the most savage satirical beating in the show: pretentious urban types with plenty of money and an impaired sense of morality. For an example of how close to the bone Nathan Barley gets when attacking this target, try to spot the article title from the show’s inane lifestyle magazine SugarApe amongst a selection of titles from genuine publications. Scope the following:

C) Do you want to have sex with my fake leg?

[Answer at the bottom of the page]

Certainly attention-grabbing titles, but the problem for Barley et al is the superficial mindset that won’t allow them to look past sensationalism and image and see what lies beneath.

You could even go as far as to say that Nathan Barley was a very appropriate show for the New Labour era. Tony Blair even makes a brief, but memorable appearance in the show as the main villain of a video game called Labour Party Conference: lurching from the darkness, cock in hand, grinning demonically at the player’s character. New Labour, like the “idiots” of the show, focused on style, not substance. Admittedly, it is quite the stretch to go down the “Nathan Blair” route in analysing the show. If nothing else though, Labour Party Conference is just one example of the relentless attention to comedic detail that characterises the programme.

However, does Nathan Barley still seem as prescient in less frivolous times? These days, with cash less abundant, the consumerism of the “idiots” can seem almost dated. But decades of cheap-money-fuelled frolicking in a sea of stuff have left their mark on western society. Political disorientation, self-obsession and sheer idiocy all remain hallmarks of our time. Even one of today’s most intelligent and sane political movements is not immune to the curse of modern idiocy. Pause to consider this quote from an “Occupy Wall Street” protester: “I like the use of public space as a performative realm and I like the combination of bodies in space”, printed in Private Eye’s “Pseuds Corner” as a reason for their involvement. So, the hijacking of democracy by heartless corporate interests and their subsequent rape of the world isn’t enough to get you out on the street, but conceptual performance art is?

To paraphrase Dan Ashcroft, the idiots are still winning.

Answers to the earlier question:

B) is from SugarApe, A) is from Fun magazine, C) and D) are from Vice magazine.