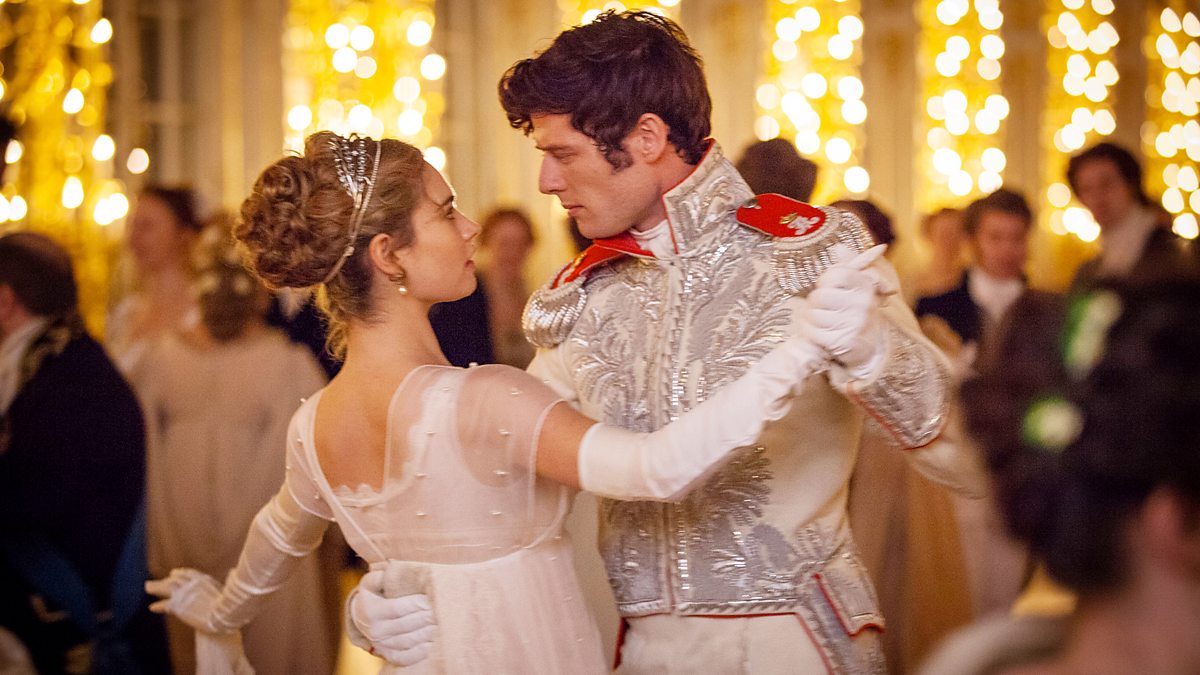 BBC’s ‘War and Peace’ has proved a hit.

With the BBC’s current adaptation of ‘War and Peace’ smashing ratings and drawing a new generation of viewers into the world of Tolstoy’s epic Russian novel, screenwriter Andrew Davies seems to have cemented his place as the go-to guy for television adaptations. Davies’ impressive career spans over five decades, has seen him helm the ‘Bridget Jones’ franchise and deliver consistently successful prime-time adaptations of literary stalwarts. The BAFTA and Emmy award-winning screenwriter is responsible for some of the most engaging and stunning adaptations of some of our most popular and culturally significant novels. So, as ‘War and Peace’ reaches its climax this Sunday, what better way to honour Davies’ remarkable knack for television classics than a brief guide to some of his best bonnet dramas?

An all-star cast headed up by Lily James, Paul Dano, and James Norton has made Tolstoy’s notoriously difficult book accessible to a new audience. The BBC has spent an alleged £2 million on each episode of this sprawling adaptation, with filming in real Russian landmarks making this miniseries a feast for the eyes as well as being a captivating glimpse into the lives of young Russian nobles during the Napoleonic era. Huge battle scenes play alongside a complex web of romantic relationships and family dramas that question loyalty and youth. Full of plot twists and cliff-hangers, each hour-long episode has generated mass reaction on social media, with a sexed-up incest plotline, a ballroom scene and even a surprise genital appearance eliciting particularly strong responses.

Why you should watch: If you don’t fancy reading Tolstoy’s 560,000 word novel but want to see a visually stunning, utterly compelling adaption, then ‘War and Peace’ is for you. Also, it makes oddly soothing hungover Sunday viewing.

Once ITV recognised the power of the period drama after the success of ‘Downton Abbey’, they commissioned ‘Mr Selfridge’, about Harry Selfridge and his new London department store, Selfridge & Co. in the early twentieth century. With Davies at the helm, the show has since gone on to become an international ratings hit. The lavish set design and costumes add a visual appeal to the scandals of this popular show that has tapped in to the current trend towards period drama. The current fourth season will be the series’ last, with Davies promising a particularly dramatic final season with no holds barred.

Why you should watch: Harmless Sunday night viewing, ‘Mr Selfridge’ is an entertaining series that also provides the real-life story behind a British institution.

Like ‘War and Peace’, Dickens’ 1000 page book can seem a daunting task, but Davies again proves that even the densest of novels can be accurately and grippingly represented on TV. Dickens’ novel presents the complexities of a seemingly never-ending legal case that encompasses the fortunes and misfortunes of a vast array of characters. Davies’ adaptation stars Gillian Anderson, Charles Dance and Carey Mulligan and is made up of fifteen half-hour long instalments, moving at a fast pace that prevents viewers losing their way in this intricate narrative. Featuring stellar performances that resonate with viewers and ground the legal complications in an emotional reality, Davies’ adaption succinctly transfers Dickens’ novel into a soap-opera format that is engaging and touching, whilst remaining true to the source material.

Why you should watch: Dickens’ novel is a classic for a reason, and Davies’ version offers a clear and compelling retelling of the story that seems made for TV.

This BAFTA and Emmy winning adaptation has become a popular classic. Davies’ mega-hit is still relevant and engaging today, as he captures the humour, nuance and romance of Austen’s novel in a way that is perfectly suited for TV. The six-part drama effectively launched Colin Firth’s career, despite his initial reservations about Austen’s ‘feminine’ perspective and belief that he wasn’t right for the role, whilst the chemistry between Jennifer Ehe as Elizabeth Bennet and Firth’s Darcy bled into a real-life romance. Davies’ writing remains respectful to the novel but updates it for a contemporary audience, as his additional scenes and dialogue redefined television period drama for the modern day.

Why you should watch: Colin Firth’s wet shirt scene, obviously.

‘War and Peace’ concludes this Sunday at 9pm on BBC One.