What are Durham students watching on Netflix?

Let’s face it, no one can remember what life was like before the holy grail of Netflix landed. The Durham winter is dawning on us, but thankfully, a plethora of new Netflix series’ are accompanying it. For the basic Bs, autumn means gracefully ambling through brightly coloured leaves, wrapping up in the latest Urban Outfitters fur and sipping a pumpkin spice latte. For the majority of students, however, autumn means getting into bed after your one lecture of the day (shout out to BA degrees) and switching on the newest episode of your favourite show.

I asked some Durham students which shows they will be turning to for their winter TV binging. Surprisingly, perhaps, the girls’ favourite came out as Prison Break. The show has watchers backing Michael Scofield as he undergoes the seemingly impossible task of busting his brother Link, an innocent death row inmate, out of Fox River Prison. A keen viewer explained her love of the show: ‘It’s clever, funny, ridiculously unrealistic but an absolute escape (no pun intended).’ 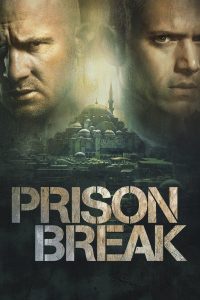 Also coming up trumps in terms of female popularity was my personal favourite – the mighty Riverdale. The show is debuting its new season this October so we can all take consolation in the sight of Cole Sprouse, despite those impending summatives. Similar comfort-watches are the Netflix veterans – Gossip Girl and Gilmore Girls; lots of female students have told me they will be relying on these shows to get them through the coming months. Why engage with the reality of being in the cold North East when you can pretend you’re Blair’s best friend on the Upper East side? 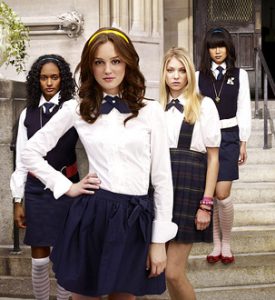 Durham’s male students described the likes of Narcos and House of Cards as their go-to shows this semester, as the tantalizingly fast paced plots are assigned more concentration than that looming formative deadline. One particularly eloquent student summed up his beloved Narcos in the following words: ‘guns, money and beautiful women.’ 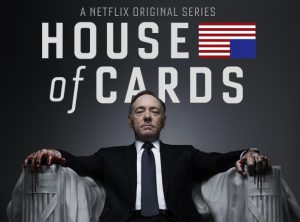 In addition, it seems that Netflix’s crime documentaries are really engaging Durham students, who tell me they are loving the ‘who dunnit’ vibes of ‘Making a Murderer’ and ‘The People vs. OJ. Simpson.’ The oh-so-addictive series’ will make you feel superior to the likes of Robert Shapiro and have you researching careers in the policing and legal spheres (before you realise you scraped a third on your last essay and should probably sort your life out before making such ambitious plans).

If you are a bit worried that your academic life may fall to pieces under the pressure of a Netflix addiction, have no fear. I have gathered pointers that could transform Netflix into a device that is in fact beneficial for your personal development! (I take no responsibility for failed degrees.) Planning a year abroad? If so, watching absolute classics such as The Office or Gavin and Stacey in another language could be really helpful in helping you pick up idioms and phrases to use in your chosen destination. Netflix offers every show/ movie/ documentary in another language – so why not study and binge on great shows at the same time!

There are also lots of really informative shows on Netflix. The Louis Theroux documentaries will have you spouting some impressive weird and wonderful knowledge this family Christmas dinner, and Attenborough classics such as Blue Planet and Planet Earth will certainly boost your scope in the Science rounds of trivial pursuit. Additionally, as a Classics student, nothing makes me feel falsely productive like watching men run around in togas in a classical film.

So, whilst your lecturers may be telling you to crack on with those assignments, your fellow Durham students are telling you to get started on Prison Break. Whatever you decide to binge on this winter – alongside copious amounts of pasta (student culinary life is decidedly beige), you had better get assigning some of your student loan to that £7.99 a month.