Thom Addinall-Biddulph in Television on 12 November, 2010. 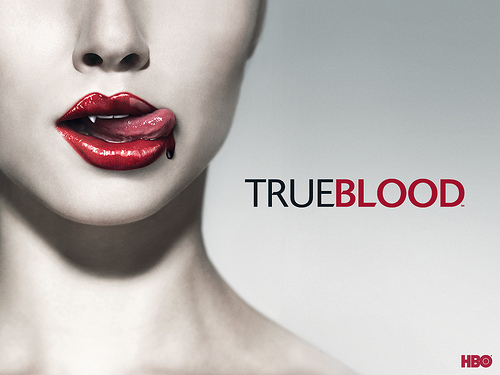 This year I have been watching an awful lot of television. Which is also true of the last fifteen years. But this year, a great deal of it has been vampire-related. I spent a happy eight weeks in Easter term watching Buffy the Vampire Slayer from start to finish, having never watched it before, whilst I have also been watching HBO’s ongoing True Blood. Finally, I am currently halfway through Angel, the spinoff from Buffy, which in my opinion may actually be superior.

There are many things to be said for all three series. Buffy is deeply feminist without ever crossing the line into the grating parody that feminist theory often becomes, and has much more to say about the realities of growing up and the perils of society than ten O.C.s or Byker Groves. It also features probably the best television character ever, Spike, the bleach-blond English vampire who chooses to regain his soul out of love for Buffy.

Angel is capable of being darker and lighter than Buffy, both exploring the dangers of obsession and revenge, and teaching us to see people’s problems through karaoke… True Blood, meanwhile, is as good an allegory for gay issues as I’ve come across yet, and manages the rare achievement of doing modern Gothic well.

Yet they all take different approaches in how they deal with that most fundamental question of vampire stories: how would the world react if vampires were real? This is not an entirely silly question; it is basically asking how the world reacts to any alarming new minority. We can see in the discovery of vampires amongst us in all three series echoes of the discovery of “savage” races in the era of European exploration, and the “discovery” more recently of not just one, but a range, of sexual minorities.

True Blood is the only series that deals with this very much on the nose. Its vampires are frequently bisexual on top of being undead, and some of its human characters are distinctly not straight, notably the chef Lafayette. Like many HBO series, True Blood deals in a scrupulous realism (within the context of fantasy) – it is firmly the stable mate of such other HBO shows as The Wire and Deadwood (both incandescently brilliant series), which are set very much in our reality. Of course it is full of utter imagination, and that does deepen in the second season as other supernatural beings come to the fore.

However, it imagines a world where vampires have “come out”; they have political advocacy groups, they have special bars, and, needless to say, they have evangelical Christians who are less than happy about their presence. The main character, Sookie Stackhouse, takes a lot of abuse for dating vampire Bill Compton – who is, by the way, a perfect Southern gentleman. In that regard he is frankly the best proposition of our three vampiric love interests, compared to the former mass murderers Angel and Spike, and yet Sookie is judged considerably more than Buffy is for her predilections towards the blood enthusiasts.

This is a world where you don’t just fight vampires; they are a part of society, causing as much pain and pleasure as any other sector of the community, just another group that must coexist with the others. The series does not shy away from showing a wide range of vampires: not only the good, the bad and the ugly, but the ambitious, the television-loving, the gay, the virginal, the noble, the wicked. True Blood, perhaps, is the multiculturalist of the three series.

Buffy deals rather more in the realm of fantasy. Here we have demon dimensions, prophecies, hellmouths and even something that may or may not be Heaven. Only some people know about the vampires – despite the chaos often created by them, the vast majority of the populace seems singularly unaware of the fiends in their midst. These vampires are not at all part of society. They are outcasts, subalterns, and pretty much all of them, Angel and latterly Spike aside, are to some degree evil. I would hardly accuse Buffy of being racist, but this is a show that suggests mainstream society cannot integrate and comprehend such separate minorities (though not that it shouldn’t). Even Buffy, as a vampire slayer, becomes tainted by association, unable to live a normal life, and hiding it, for some time, from her mother.

Where True Blood could almost be docudrama, with its political overtones and wide social lens, Buffy is adventure: it is closer to Star Trek than the (reimagined) Battlestar Galactica, to use a sci-fi analogy. The season seven episode Storyteller, my personal favourite, actually explores this, forcing a character to realise that what is happening is real and cannot simply be narrativised into a neat fable. Buffy can seem schizophrenic in this regard, mixing extremely well-rendered, affecting emotional realism with high fantasy. Again, the show does seem aware of this. The season five episode The Body (which stands alongside the film United 93 and novel Extremely Loud & Incredibly Close as “thing I have cried most at”) is mostly about the aftermath of a death. It features no demons, vampires or even music until the very end of the episode where a vampire rises in the morgue alongside the titular body of the deceased character and has to be dispatched by Buffy, almost as an afterthought. What matters in Buffy are the individual lives and friendships. Whilst it is, in fact, full of social commentary, unlike True Blood it does not wear its politics on its sleeve, and the monstrous minority is generally just that.

Angel, finally, which forms part of the same universe (and yes, it is known as the Buffyverse), manages to hang somewhere between the two. It seems most of Los Angeles know about the demons here, to the extent that there is a demonic law firm that forms the series’ main antagonist. You can almost see Buffy and Angel as a “before” and “after” – Buffy deals with a world where vampires and demons are known only to some and must be fought constantly, where Angel deals with a world where, like True Blood, they are really just a part of life, even if it’s not quite as public as the HBO series. In such a world, you would probably want a vampire private investigator, and that is exactly what Angel does.

The show still has the fantastical elements that Buffy has – it spends several episodes at the end of season two in a rather comical mediaeval hell dimension – but its population seems less surprised by the otherworldly. This is a society that has got used to the demonic minority and takes it in its stride, and many of its demons are pretty ordinary people at bottom. It is not aiming at the social quasi-realism of True Blood; in fact, in balancing the mundane and truly weird we all experience, it may have the best approximation of life of the three, and the truest depiction of how society handles those outside the mainstream community.

All three series are, in fact, brilliant, and I could talk much more about them, but I recommend you go and watch them instead. And be thankful I wrote a whole article on contemporary vampire narratives, and didn’t mention Twiligh— oh dear.