In the days of streaming services such as Netflix and Amazon Prime, it can be easy to forget that the morning routine for millions of Britons still involves having a shower, brushing their teeth and putting the telly on to watch the early morning news. In fact, breakfast TV is just as popular now as ever before with the two biggest shows, BBC Breakfast and ITV’s Good Morning Britain attracting a combined total of over two million viewers every day. It’s safe to say that they have a monopoly over early morning TV viewing and since the ever-provocative Piers Morgan has taken over anchoring GMB in November 2015, this rivalry has become a personal battle.

Since Morgan’s inception as anchor, this competitive rivalry has been turned rather bitter. In December 2017, he smashed a BBC Breakfast mug with a hammer and earlier this year he made public that his aim is to “destroy” the BBC show. Dan Walker, one of the BBC Breakfast anchors, has taken Morgan’s bait and the two have engaged in many verbal spats over Twitter where they have called each other a narcissist, a tedious guff and dreary. 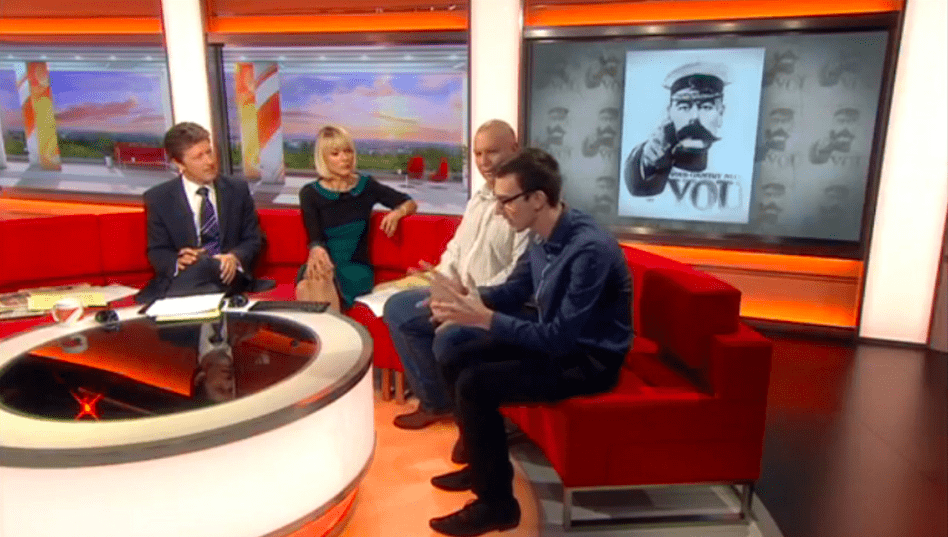 Ultimately, the competition between the shows stems from the two vastly differing presenting styles. Piers and fellow anchor Susanna Reid have an interesting dynamic – Piers is his natural self-righteous, arrogant and brash self, whilst Susanna counteracts this through offering a shoulder for guests to cry on. It makes for unique breakfast viewing where Susanna often tries to reign Piers in as he jumps down his often inexperienced guests throats. Morgan’s style was epitomised in January 2017 where he made a guest cry live on air during one of his classic grillings. Despite this, Morgan and Reid have good on-screen chemistry and counteract each other very well. This is reflected in viewing figures, which have seen GMB’s share of the audience grow from just 15% to 22% in the past two years. Whatever you may think of GMB’s style, it clearly is attracting more viewers, to the detriment of the BBC.

BBC Breakfast has a vastly different feel to its ITV counterpart. With its anchors Louise Minchin, Dan Walker, Charlie Stayt and Naga Munchetty, the show generally has a more traditional feel to it. Guests are often experts in their field and usually debate national headline issues, rather than exceptional local issues as is more common on GMB. As one would expect, Songs of Praise presenter, Dan Walker, asks questions that are far less cutting than those of the former tabloid journalist, Morgan. Whilst GMB certainly provides more variety in terms of guests and topics covered, BBC Breakfast’s style offers viewers a sense of familiarity and ensures that the main stories from across the globe are covered by experienced guests.

So, who’s winning this battle? Well, of course, Morgan would claim that GMB are the true victors. GMB has seen its viewers increase to just over 800,000, up from 580,000 in 2016, whereas Breakfast has seen its viewing figures fall slightly from 1.6 to 1.5 million. However, it doesn’t take an expert to see that these viewing figures still pale into insignificance when compared to the BBC show. BBC Breakfast attracts almost double the viewers that GMB has accumulated over the years. Despite GMB’s increasing popularity, Breakfast’s viewing share have stayed at an impressive 40%. In fact, as Dan Walker pointed out in another heated Twitter exchange with Morgan, GMB, BBC 2, ITV 2, Channel 4 and Channel 5 combined would still need another 300,000 viewers to even match Breakfast’s figure.

It is clear that both shows are now more determined than ever to pursue their own distinct styles and the rivalry makes for great bleary-eyed viewing from 6-8:30 every morning.  However, it only takes a cursory glance at the viewing figures to see that BBC Breakfast is still far ahead and will be for the foreseeable future. The dilemma between choosing which channel to tune into was best summed up by Susanna Reid herself when she compared Breakfast to a cup of tea and GMB to a double espresso. It seems us Brits just can’t get enough of our tea in the morning and that’s unlikely to change!