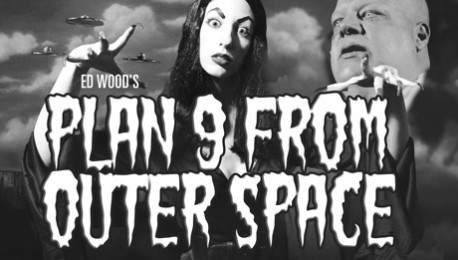 It’s the tale of the old timer and the new kid on the block. American networks AMC and HBO have had very different histories and yet not since ‘Rumble in the Jungle’ have we had a fight of such heavyweight drama. HBO had for many years been the ‘daddy’. Undisputed, undefeated and seemingly unstoppable in the realm of television drama for our American cousins.

The Sopranos kicked it all off in 1999 and from there HBO moved up through the gears bringing on stellar Hollywood talent for the Steven Spielberg/Tom Hank’s production Band of Brothers. The Wire dropped viewers into a Baltimore drug war, Deadwood sent us to the 1880s Mid-West and Rome… Well ‘Caecilus Est In Cubiculo’ took on a whole new meaning to the one Mr Bush’s class had painted.

But despite the big budgets, HBO has been somewhat of a trend setter. At a time when Hollywood functioned on principles not too dissimilar to a Masonic merry-go-round, HBO had a policy of promoting young and faceless talent. Does the name Damien Lewis ring a bell? No? What about Marine Sergeant Nicholas Brody? The fact is although Damien’s portrayal of him won him an Emmy in Homeland, it was Band of Brothers that launched his television career and, in the opinion of this humble observer, the six Emmys it won hinged on the key performances of the ensemble of English talent. Idris Elba, star of The Wire and Luther amongst some Hollywood credits, used HBO as a platform with which to launch a state-side career.

In fact, in the early 2000s perhaps the best decision the BBC had made was allying itself to the network. Channel 4’s inexorable climb in the 18–30 primetime market was stalled by the release of Band of Brothers and Rome. The joint-production clearly shook up the BBC and it hasn’t looked back since. So thank you America; we can forgive sub-prime mortgage lending just so long as you give us something decent to watch while our houses are repossessed around our ears.

AMC has been around since 1984. The difference between now and then is that up until 2002 it had been totally oblivious to the fact that the film industry produced anything beyond 1959. Ah but it showed classics you cry? Yes, maybe one or two, but of the most part it was Plan 9 From Outer Space (for those not ‘with it’ when it comes to cinematic crimes against humanity, imagine Birdemic: Shock and Terror filmed in the 1950s with the special effects done by a man on acid and a lifetime supply of Crayola).

It was therefore somewhat of a surprise that 1.) AMC would show something that hadn’t been filmed with a hand-cranked camera and 2.) That it would turn out to be a phenomenally successful TV show about ad execs. They set Mad Men in the 1960s (I suppose AMC needed their ‘fix’ at some point) and the 15 Emmys it won not only showed AMC its future formula but also that somewhere between the 1960s and 2012, office work became far less interesting.

Of course it was an added bonus for AMC that a show that cost basically nothing netted such huge success and they followed it up in style with Breaking Bad. Again, another show with little in the way of explosions but none the less attracted the support of a generation that, if the Daily Mail is to be believed, is riddled with ADHD and carbonated-drinks. All this happened before 2009 and with The Walking Dead (a show HBO turned down) renewing the charge, there’s quite a tussle at the top.

So here it is; a battle royale between the (not so) young pretender and the reigning heavyweight. Financially speaking, it’s a walkover; HBO not batting an eyelid to letting drooling producers feel the fibre of their fabric. Game of Thrones alone probably racked up more air-miles in location shoots than Obama managed in his electoral campaign. The Pacific basically saw HBO raise an army capable of invading Angola. Boardwalk Empire was by comparison probably funded by whatever spare change the studio execs happened to have on them at the time and it still stretched to rebuilding a 1930s Atlantic City.

The critical aspect with these productions is their focus. When someone asks me which is better or what should they watch out of HBO and AMC, I ask them what do they want? HBO does story like no-one else. The pacing is quick, character investment is there but not over-done and there is a drive to keep the story moving. In terms of value for money, you can forget about the cinema because frankly, it can’t compete. HBO gives stories (and casts) that could easily be snapped up in the cinema, allowing time to breathe but keeping up the pace so that you never get bored. That’s not to say they haven’t flopped on occasion. True Blood is terrible and was clearly a panicked decision by a boardroom to drain the Twilight cash cow.

That’s also not to say they don’t do character drama. Generation Kill is by far the most under-rated series they’ve ever produced. Sure watching 10 hours of guys sitting in Humvees in the Iraqi desert doesn’t sound like the most enthralling prospect but the ‘bromance’ and humour the cast bring to the characters make it a production that could easily challenge AMC’s forte.

AMC has always been about the characters; sometimes to the detriment of the story and pacing (I’m looking at you The Walking Dead Season 2). With that comes a huge risk, in fact, the fate of the show is determined even before the shoot takes place. If the casters get it wrong, AMC loses its selling point and the show burns. The Killing was a disappointment in that regard.

So who wins? Well, us really, corny as it is. HBO continue to mix big budgets with complex performances and AMC pick at the human condition until we sympathise and reflect on previous prejudices we had against people we knew barely anything about. Between cable television, YouTube and gaming, Hollywood is in real danger of losing its appeal especially in this economic climate. Put it this way, if Steven Spielberg, a man who has brought 8.5 billion to Hollywood’s coffers, is now directing television shows, where would you say the smart money is?