A Bite of Unconventional Foie Gras 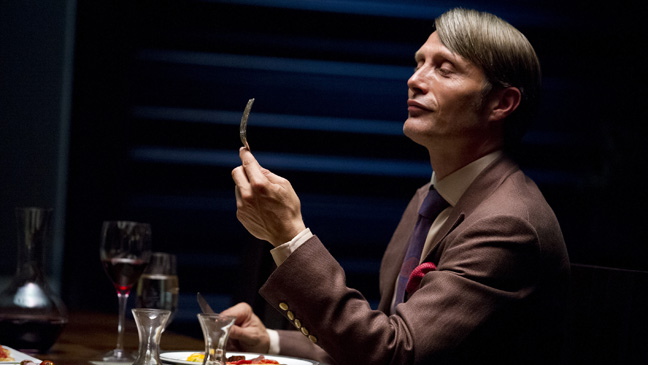 Do you know what’s in your meat? Do you dare bite into that luscious, juicy forkful?

I’m not talking about the horsemeat scandal, which created quite the uproar. What’s different between horsemeat and beef? Is it the fact that people are being lied to, is it that basic desire for truth? But the media lies to us quite frequently in order to create an increase in their profit margins – precisely what happened with the horsemeat mysteriously appearing in your average burger. Is it the fact that man and horse have a more profound bond than the unfortunate cow grazing absently in an open pasture? That is, if you are fortunate enough to purchase organic? Is it because horses have emotion? It must be noted here that horsemeat could actually be considered a delicacy. Are you not receiving more for your bite than you paid for?

Here is where my article takes a turn for the unsavoury.

We are all familiar with Anthony Hopkins’ role as the infamous Hannibal Lecter in Silence of the Lambs, the sense that cannibalism itself is often associated with an unfamiliar culture which we automatically – and often with great racism – associate to something primitive and savage, and when it is portrayed alongside acute intelligence, we suddenly are afraid. We do not like the monsters in the dark to be sentient beings. Even in our cavemen minds, we fear that which holds more knowledge than us, for suddenly we are forced to focus inwards at our own shortcomings. Hannibal Lecter is an intelligent psychopath with a taste for human meat. Why? There have been spin-offs. Perhaps there is a dark corridor of fanfiction I wish to forever remain ignorant of which explains in a rather Freudian method that it was all really about his mother. Hannibal Rising seems to be convinced it is a combination of Nazis, his deceased sister, and his inappropriately attractive ‘aunt’.

Now we turn to television’s latest interpretation: Hannibal. It appears that the new trend in television series is to pick a renowned non-typical neurotype individual’s forename and plant it in big bold letters across the front. If you don’t know to which show I am referring to, you are very much behind the times, and you should join the mountains of teary-eyed fans awaiting said show’s third season. (That’s enough hints from me.)

Now, Hannibal focuses on the unfortunate and seemingly autistic behavioural scientist Will Graham’s forced entry into the field of deliciously grotesque serial murders, and his consequential meeting with a Dr Hannibal Lecter, renowned psychologist. The morbidity in each of these serial murders is quite impressive. We drift from the efficient consumption of young women to the growth of fungi on dying diabetics, buried alive, and onwards to the deceased being arrayed as angels. This in itself presents a combination of the macabre and ideas which often enter people’s mind as either logic or faith: use every part of your kill as a sign of respect, fungi respond and connect, and all that sins may be redeemed. And yet there is nothing tasteless about the cinematography. There is nothing clumsy or careless about it. Each crime scene is captured with love, with care, so that it almost could be held alone as a painting.

Perhaps this reflects Hannibal’s careful method of handling his meals. We break from these terrible scenes to learn about the deep intricacies of each character’s life. We learn that Will Graham lives alone with his house of adopted stray dogs (all ridiculously photogenic pooches, seriously, even I don’t look that good on camera) a good distance from any form of civilisation, and prefers them to the company of his co-workers. We learn of a decaying marriage, and the slow inevitability of cancerous cells consuming a human lung. We learn of loss, and we learn of friendship, we learn of a man struggling to face an uncomfortable situation and the harsh eye of the public. Between these domestic, safe themes we are presented with Hannibal’s dishes, which he creates, serves, and consumes with artistic care and appreciation. They are culinary perfection. We are reminded of the care with which a meal on Masterchef might be filmed.

And we are sickened by how good we think the food looks, and it disturbs us so much more if it had only been obvious. Nowhere in the televised series is it expressly shown that these meals have come from human flesh. In the webisode released, all we glimpse is a flash of a man fleeing and falling, and the passing humorous remark of a ‘rabbit’ needing to ‘hop’ faster. We are being lied to with beauty, with subtlety and the sweet illusion of emotion and that which is familiar. There are simple tragedies and there is the horror of discovering your best friend mounted on a deer’s antlers, all gathered in one episode, until we are uncertain as to how we should emotionally respond to such a show. This is an intelligent series, yes, but more importantly, it is challenging for what you might hold ethically correct, and as you progress further along the series, you find yourself more and more able to sympathise with the killers, and the victims grow distant and unimportant. You enter the killer’s head, but rarely do you hear anything from the victim’s parents. This is precisely what Will Graham is experiencing.

Do not be fooled. This is not at all a crime show where the victim’s family is brought in time and time again. This is a show about a killer’s mind, about how Will Graham enters a mind, and the dangers of living in his hypothetical realm. As you become involved in this series, you are becoming Will Graham, therefore you are also being manipulated by Hannibal Lecter just as our unfortunate behavioural scientist is.

So do you dare bite?