Review: Death to the Afterlife 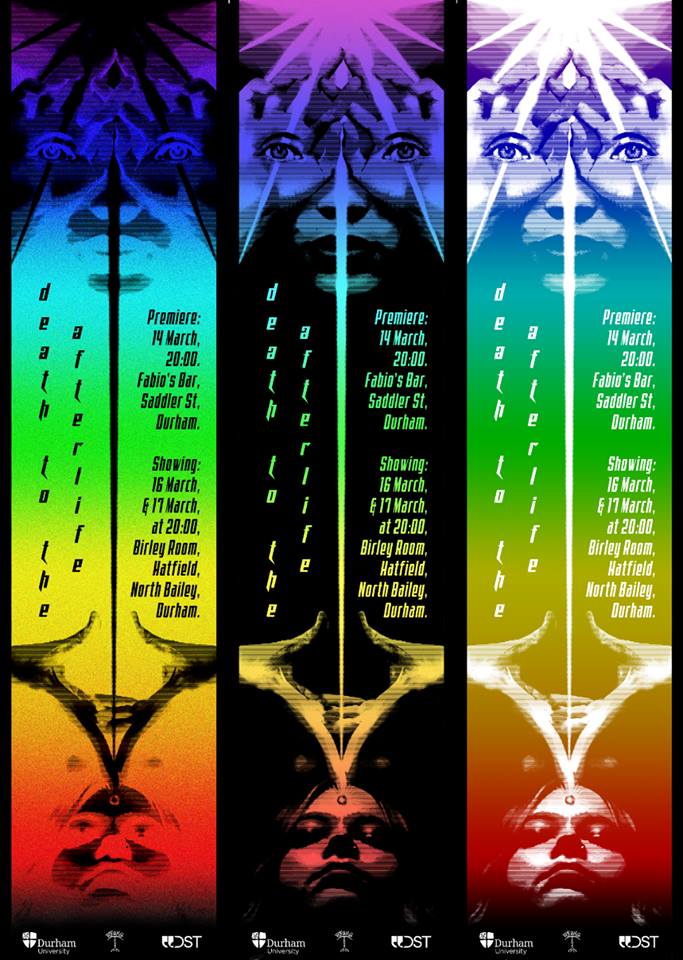 Death to the Afterlife tells the story of Kaia (Lowri Mathias), a teenaged girl who has just left school and is unsure on what to do next. After taking Cycloexidone, she is transported to the afterlife, where she hopes to meet her mum. On the way, Kaia meets other characters who are reflecting on their old lives. It is a curious story with relatable elements, and combines both the natural and supernatural.

The performance relies heavily on tech to achieve its psychedelic impact, and this is certainly pulled off well. The blue light focussed on Lowri Mathias at the beginning of the performance is noticeable due to its intensity, and supports the eerie feel. The multi-coloured lights to portray the afterlife are also effective in achieving this. However, the room should be better lit at the beginning and end of the performance, so that people of disability can more easily navigate.

Like the lighting, Wrong Tree Theatre’s employment of sound enhances the performance. It is impressive how the production team can convincingly combine daily sounds, such as the traffic, with supernatural voices experienced later in the performance.

Although a little shaky in places, the projection of various psychedelic shapes is helpful as an indicator of Kaia’s location. The pulsating back circle towards the end of the performance is strongest in reflecting this vibe. It could be used more consistently in every scene, however. The Cycloexidone advert is so realistic, that it is funny: it deservedly earns many laughs from the audience.

There are only four actors who play many characters very smoothly. They are both strong in their group choreography – especially in the afterlife – and individually. Lowri Mathias is brilliantly expressive, which adds a convincing element to the supernatural play. She also lessens any potentially cheesy lines through her deliberate hesitations. Carlotta Meyer is realistic as Kaia’s friend, and amusing in her role as a ‘mad scientist.’ In fact, she is especially entertaining in this role as a stereotypical, obsessive professor.

As a devised piece, the storyline verges on a little generic, but the tech and characterization ensure that the storyline does not seem overdone. The parodic TV interview is another comedic moment, and is supported by Tom Salter’s stick-on moustache. There are a few funny quips too, especially about the nightclub. These remind the audience of the relevance and part-normality of Kaia’s ordinary life with our own experiences.

The plot explores many themes in the space of an hour, but I think some parts could be developed further. For example, Kaia’s dad is mentioned lots by other characters, but the audience don’t learn much about him – more development of this could enhance the emotional aspect of Kaia’s search for her mum. Likewise, Kaia sets out to find her mum in the afterlife, but more emphasis is put on the other characters in the afterlife. I understand if this is a deliberate choice, but I believe that it hinders the plot’s development a little.

Death to the Afterlife is an eerie performance, with many strong aspects. Although the storyline could be developed a little, the acting and use of tech make up for any gaps. I would recommend the production if you’re looking for a psychedelic way to spend an hour.

Death to the Afterlife is on 16th-17th March at 8pm in The Birley Room Hatfield.