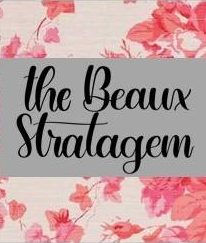 “…every one of its actors is sure to impress the audience at Durham for a long time to come.”

Let’s just say I left this play much merrier than when I arrived! The comedy of this play definitely raised my spirits in all of its 17th century glory.

The actors all embrace their stock characters, their exaggeration providing a lot of the humour.  For instance, Mungo Russell’s drunk, upper-class Mr Sullen, whose slurry voice we hear booming before witnessing his stumbling as he tries to navigate both the stage and his married life, made the audience laugh throughout. Mrs Bountiful, his equally vivacious mother (Megan Luesley), with her squeals of excitement at the prospect of slicing another body in two, had a marvellous stage presence which reflects perfectly the connotations of her name. The casting choice is particularly admirable as the visual differences between the characters allow them to mirror 17th century farce in their interactions. Adam Hargreaves (Scrub) rose particularly well to the challenge.

Yet the more pantomimical aspects of the play are outweighed by its impressive self-mocking tone, and the actors’ ability to exploit this. Aimwell’s disguise as a lord allows him to ridicule this social position and Calum MacLean does with this great conviction, changing both his tone of voice and body language to convey a marked contrast between his superficial civility towards the innkeeper and his pompous irreverence towards his servant. McLean’s performance peaks during his scene of drunken stupor – which he abruptly snaps out of at the suggestion that his trousers should be removed! Further to this, Archer (Jack Firoozan) and Aimwell, sustain an invigorating chemistry throughout. The former adds great substance to the play through his asides and his skill transforms these far beyond simple concealers of set change.

Gender roles are a pertinent example of social expectations. Mr and Mrs Sullen (Ellen Tapp) achieve the perfect balance between embodying stereotypes at the same time as revealing their vacuity – the first step in allowing them to be challenged.  In her pink satin dress, Ellen masters stereotypical coquettish body language yet remains calm and mediated against her husband’s drunken folly, voicing some of the most memorable lines in the play.

The production team’s clever use of costumes reveals the superficiality of social positions. For example Gloss, a clearly Machiavellian, scheming character, casts aside his black scarf to reveal the attire of a humble priest. The visual contrast between Archer’s pale stockings and white shirt and Gloss’ entirely black outfit offer the audience what initially seems a clear representation of good and evil, honesty and deceit. Yet the actors’ in-depth treatment of their complex characters soon blurs this line.

The wonderfully entertaining fight scene warrants praise to the director, Jack Palmer.  The moment when those males who had previously been preoccupied solely with appearing physically strong begin to prioritise emotional conversations about love, which is at once touching and funny as they half-heartedly wave their plastic swords, mocking theatrical convention.

Characters in this second part are acted very well. These range from Gloss’ accomplices to another inauthentic (and tremendously funny) priest, Darrius Kudiabor-Thompson, who had the audience under his spell with every word of his fantastic French accent.

The production had few faults, however initial delivery was hurried and at times faces were shadowed by the light. Some actors tended to block those beside them from audience’s view – whilst this was at times effective (namely in showing the dominance of Mrs Sullen over her sister-in-law), but it meant some actors were unnecessarily forced into the background.

Nevertheless, the play remains a must-see and every one of its actors is sure to impress the audience at Durham for a long time to come.