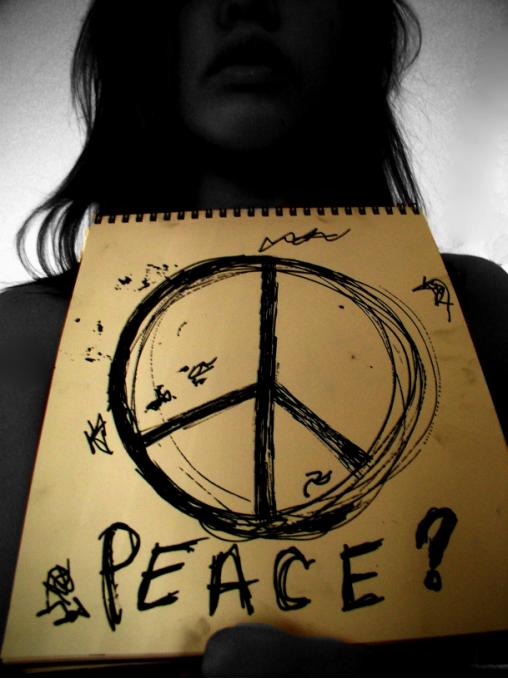 Is “peace” a dirty word?

“Peace” – a word often used, yet seldom explored. What exactly does “peace” in international politics actually mean? How should the West respond to calls from Libya’s Deputy Foreign Minister, Khaled Kaim, for the Coalition to act as “peacemakers, not warmongers”?

Indeed, in the concluding sentence of the recent London Conference on Libya, it stated that the Coalition was, “working with the people of Libya as they choose their own way forward to a peaceful and stable future.” This was the only mention of peace in the entire statement. In a similar vein the UN Resolution 1973 (2011), in relation to Libya, only mentions the word “peaceful” once. The emphasis in both statements is upon ensuring the protection of civilian populations. Is “peace” solely the absence of violation towards innocent people, or is it something richer and more complex?

The peace that the UN Charter envisages in Chapter 1, Article 1.1 is “maintaining international peace and security”. It therefore sees peace as the ordered relationships between nation-states devoid of violence and in “conformity with principles of justice and international law”. This notion of “peace” is synonymous with St. Augustine’s definition, that is, tranquillitas ordinis, the “tranquillity of order”. Interestingly enough, the concepts of “order” and “peace” are seen to be interchangeable in both definitions.

Within the auspices of this definition, it seems entirely justifiable that Barack Obama, whose annual defence budget stands at 661billion, should receive in 2009 the Nobel Peace Prize. And it hardly seems a coincidence that the five permanent members of the UN Security Council have the five largest defence budgets. If ordered relationships equal peace; then logically there must necessarily be an enforcer of principles that guarantee those conditions.

Conventional ethics has always struggled with the relationship between the means and the end. Yet the “tranquillity of order” seems like a viable synthesis between a tightly legislated means and a pragmatic end. St. Augustine, the earliest proponent of Just War Theory, explicitly stated that: “Peace should be the object of your desire; war should be waged only as a necessity, and waged only that God may by it deliver men from the necessity and preserve them in peace”.

Yet is this pragmatic and circumstantial peace compatible with the Christian ideal of peace that seeks to realize the Kingdom of God “on earth as it is in heaven” (Matthew 9:10)? If peace is the current state of affairs between the nations, then one must conclude that it is only guaranteed by the mutual advancement and proliferation of arms. Thus it seems that Khaled Kaim’s plea is futile; international peacemaking is under-girded by warmongering.

This type of peace, to my mind, is unsustainable and not the peace envisaged by the Christian tradition. Stanley Hauerwas, the Christian ethicist, nicely summarized the inherent flux of this notion of peace:

“We wish for peace but plan for war; and we get it.”