Would you kill a human to save a chimpanzee? 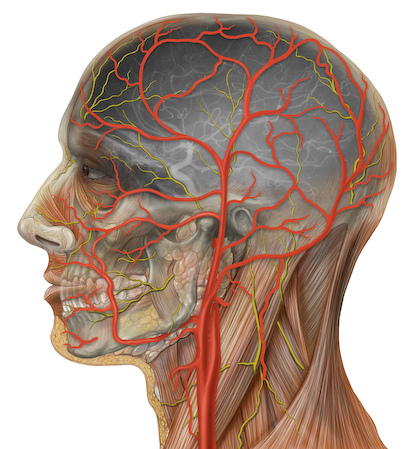 What makes a human human?

‘Would you kill a chimpanzee to save a human?’ This was one of the questions thrown at the participants of new anthropological research carried out by Professor John Evans at the University of California. The question asks us to delve into one of the most central and longest running debates in the history of Western thought; what does it mean to be a human? It’s that classic, ‘What am I?’, ‘Who are you?’ question; a question that has perplexed people for centuries, from the likes of Descartes to Alice in Wonderland.

But beyond being a fascinating philosophical conundrum, many more practically minded folk might wonder; what is the point of asking it? After all, we are what we are. We may as well just get on with it! Evan’s research has found however, that unlike others, religiously minded people ‘get on with it’ as a result of their belief that human beings are made in the image of God. Could this be sociological proof of Christians on the ground showing faith by good works; perhaps even James 2:14–26 at work, I wondered?

Outlining his new research at an LSE hosted seminar entitled, ‘The Human: Intellectual definitions and public beliefs in the US’, Evans highlighted the importance of teaching ‘anthropologies’ which positively guide moral actions and encourage compassionate treatment of others. To test this, he has conducted interviews with a range of PhD research students at a top American university, comparing them with a range of, what he terms, ‘ordinary Americans’ of mixed gender, race, religion and social background.

He spoke of three main schools of ‘anthropologies’; the biological, the philosophical and the theological. Whilst the theological obviously centres round the Imago Dei, that all humans are made in the image of God, the biological, he explained, argues that there is nothing special about life and that the romantic notions of mind, spirit, soul and emotion are all explainable in terms of physics, chemistry and Darwinian theory. Logical and rationalistic as this may seem, it does have its negatives. It could be seen to present humans more as animals and mechanical objects, rather than intelligent, responsive, emotionally sentient human beings. This could be said to undermine the personal, perhaps more ‘cuddly’ qualities of individuals who each have something unique to offer to the world. Do we really want to say that our fate lies within our genes, that human relationships are motivated only by our biological makeup?

To avoid some of these concerns, we may like to opt for the philosophical approach to the question of what makes a human a human. Many philosophers have attempted to draw up a list of attributes which signify a human being. What is important to note though, as Evans commented, is not the content of these lists, interesting though they may be, but the very fact that there is a list at all.

The list mentality has led many to concern about the potential of human beings becoming ranked in value. This led to a discussion in the seminar about the outrage caused back in July by the Dawkins tweet that ranked different types of rape on a moral scale. The idea that, to coin a phrase, some humans are more human than others could be a dangerous one.

Whatever your view, Evans makes the point that these ‘anthropologies’ are often seen as being in opposition with each other. If you hold the biological view, you are unlikely to accept the theological one. If our treatment of human beings is guided by our definition of them, then this poses a problem for society when dealing with moral issues such as assisted suicide and abortion. This is how the philosophical conversation suddenly becomes entirely relevant. Evans argues that having a so called ‘false anthropology’ may lead to treating people badly and warned against the dangers of people teaching and learning ‘false anthropologies’. The Nazi eugenics programme has to be the most tangible representation of this in living memory and, although Evans did not dwell on this in his presentation, the implications are clearly indelibly written on the psyche of western memory and culture.

Evans’ research has found that only the Evangelical Protestants solely used theological anthropology, whilst the PhD students were most likely to reject it, opting instead for the biological. Other mainline Protestants, Catholics and other religious groups however, used a combination of all three anthropologies. Religious PhD students also used a combination. Their theological view though, was distinctively more communicative and relational than that of the ‘ordinary’ Evangelical Protestants, who tended towards a more creation-centric view, implying more of a static soul handed out by God.

Interestingly, when asked more ethical questions, a discrepancy appeared between their supposed anthropological standpoint and what they would actually do in the practical situation. So, importantly, it doesn’t necessarily follow through that just because as person says they value the sanctity of life that they will be opposed to abortion, or that that a person who says they are nothing but a meaningless bundle of chemicals will not treat vulnerable people with the greatest of compassion and respect. Evans cited Dawkins here, who has said, ‘I’m a passionate Darwinian when it comes to science, when it comes to explaining the world, but I’m a passionate anti-Darwinian when it comes to morality and politics.’

His conclusion therefore is that, for most people, there is no conscious link between anthropology and human treatment, although there may be an unconscious link. At the end of the day, ordinary people do not have the time to work everything back to first principles. No theories are necessarily going to relate to their lives even if they can dabble occasionally in them in GCSE Philosophy and Ethics or once or twice at a dinner party. All they have in the end is themselves.

Crucially though, the study finds that theologically orientated people do consciously connect their anthropology with the way they treat other human beings. For Christians ascribing to Imago Dei, the ‘self’ includes God and will have corresponding implications for loving God and loving our neighbours, for faith and action working together (James 2:22).